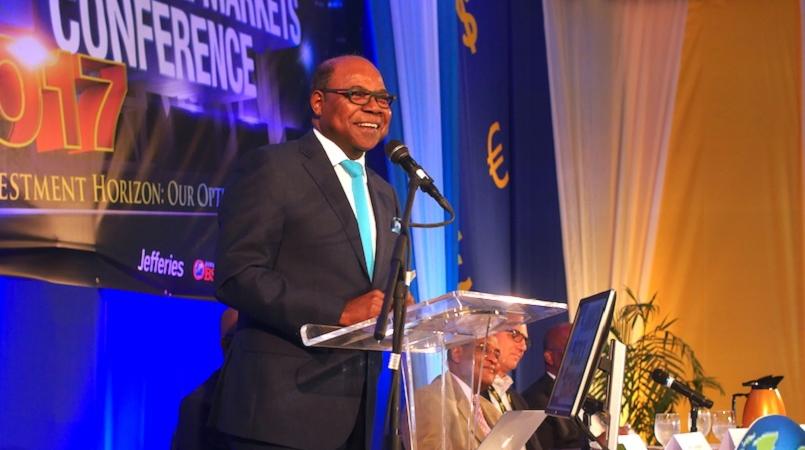 Tourism Minister, Edmund Bartlett, left the island on Sunday for Geneva, Switzerland, where he will present the recently-unveiled Montego Bay Declaration to delegates attending the United Nations World Tourism Organisation’s (UNWTO) closing ceremony for the International Year of Sustainable Tourism for Development 2017.

“The Declaration of Montego Bay will become incorporated in the documents and the outcomes of the International Year of Sustainability. This is perhaps the biggest legacy that we could hope for as a small destination - that our name will be indelibly etched in the lexicon of tourism references, so that children yet unborn will know that Montego Bay existed,” said Minister Bartlett of his mission.

The 15-point declaration was one of the major outcomes of the recently-concluded UNWTO Global Conference on Sustainable Tourism that was held in Montego Bay, St James from November 27 to 29. It was first presented by Minister Bartlett and Executive Director of the UNWTO, Carlos Vogeler, on November 29 at the Montego Bay Convention Centre.

The minister received the invitation to make the presentation from the UNWTO’s outgoing Secretary General, Dr Taleb Rifai, for the event which will take place on December 19.

“One of the elements I am most excited about from the declaration is the establishment of a Global Resilience Centre which we need here in the Caribbean,” Bartlett said in a statement. He indicated that such a centre was of particular importance for Caribbean states to build the capacity to respond to natural disruptions.

The aim of the closing ceremony is to bring the international community together to commit to realising the universal 2030 Agenda for Sustainable Development through tourism, at the national and global levels.  Most importantly, it brings to a close, the initiatives and actions that were initiated this year to provide a roadmap for the global community at large to embrace sustainable practices and maximise the engagement in the global development agenda.

Bartlett is scheduled to return to the island on December 21.