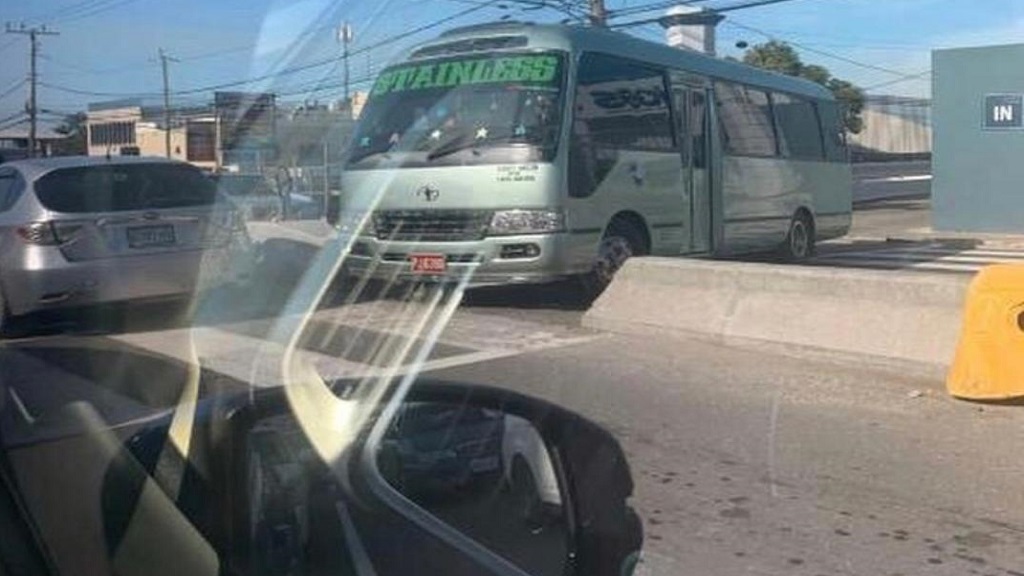 A bus driver is pictured using the opening in the median barrier for a pedestrian crossing on Constant Spring Road in St Andrew, to cross the roadway.

Just two days after China Harbour Engineering Company (CHEC) workers were forced to remove a section of the recently installed Jersey barrier along Constant Spring Road in St Andrew, it appears that unruly motorists are already creating problems as a result of the change.

On Monday, the authorities were forced to demolish a section of the barrier after an embarrassing mix-up which saw the contractors leaving a freshly painted pedestrian crossing leading straight into the concrete barrier.

But with the problem addressed, unruly motorists have started to commit a number of traffic breaches not only in that area, but at other openings that have been made along the barriers.

A coaster bus driver, for example, was pictured using the opening (the pedestrian crossing) to cut across the roadway. He has since been apprehended by the police, and is to be questioned about the incident.

The foul-up by the contractors on Monday led to more accusations from members of the public that pedestrian interest was an afterthought in the ongoing major road upgrading projects.

Watch as workers removed a section of the concrete barrier to accommodate pedestrians, only to be also involuntarily ‘accommodating’ traffic in the process.