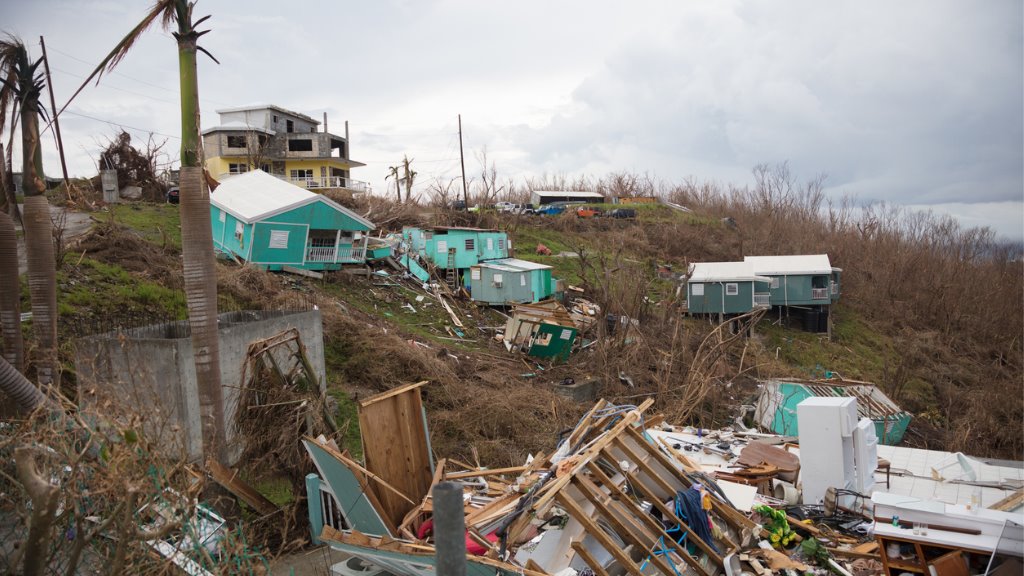 More than two years after Barbuda suffered the crippling effects of hurricane Irma, residents are still struggling to recapture some semblance of normalcy.

He thinks it unfortunate that the government seems more focussed on commercial development than they are on meeting the needs of citizens affected by the category five hurricane which flattened the island in 2017.

The Government recently announced plans to break ground for the construction of 10 eco-friendly and hurricane resistant homes on the island.

Mr Mussington told Loop News the fact that these homes haven’t yet been constructed supports his claim, that progress has been slow.

“Many of them still live in tents, many of them still stay with relatives in Antigua. Essentially there are many people who are still not settled because the housing stock has not been restored. This particular project was designed to donate houses to those persons to try to address that particular situation. The bad thing is two and a half years later, going on three years we are now having to contend with these issues.”

He claims that a number of the development projects the government has proposed for Barbuda, pose serious risks to the islands fragile eco-system.

“We are still battling a situation with our flagship keystone protected area, the Codrington Lagoon National Park, which is protected under the international convention which protects wetlands of importance. Now what is being proposed for that, essentially was going to take up 650 acres of the National Park which is the parliament appointed area, it’s protected by law. Its home to some sand dunes and eco-systems which are not found anywhere else in the world. How can you do that in a protected area?” he said to Loop News.

Mr Mussington said while Barbudans were still displaced, plans were being drawn up and land being earmarked for commercial development on the island.

When contacted for comment, Antigua and Barbuda’s Chief of Staff, Lionel Hurst refuted the allegations.

He told Loop News the government has done everything possible to bring relief to the situation created by hurricane Irma.

He said Mr Mussington has aligned himself with the political foes of the Antigua and Barbuda Labour Party and uses every opportunity he gets to say the worse possible things about the current administration, even to the extent of libel and slander.

“As you know all 1800 residents were evacuated after Irma struck and while Jose was threatening. Only one person died even though 95% of the buildings were destroyed. The island wasn’t habitable and we’ve done significant work in repairing houses by seeking international assistance,” he said.

Mr Hurst said it is important to note, that many of the houses in Barbuda were owned by nationals who are residents abroad. These homes, he said, were occupied by Barbudans living on island, through rental agreements.

“When the hurricane struck, they were tenants, the homes were not there’s. These are the people who have returned to Barbuda and are living in tents. Only 800 people returned to Barbuda, the other 1000 have remained in Antigua and for good reason. I don’t know why Mr Mussington will continue a campaign of lies, innuendoes and fabrications because it doesn’t do Barbuda any good.”

Mr Hurst said it would cost an estimated US$220 million to restore Barbuda to where it was before hurricane Irma struck on September 5, 2017.

Barbuda international airport to be completed by June