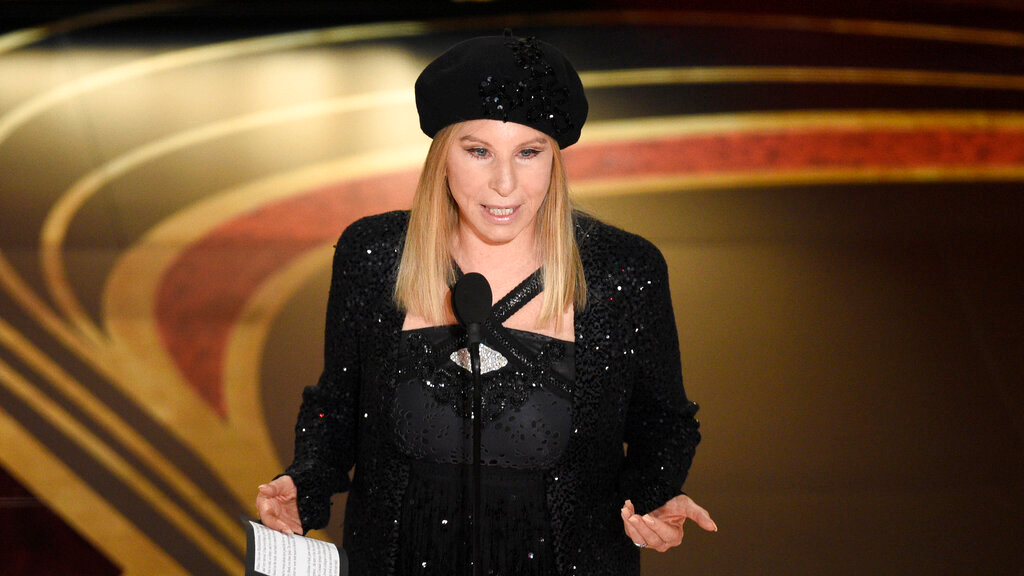 In this Feb. 24, 2019 file photo, Barbra Streisand introduces "BlacKkKlansman" at the Oscars at the Dolby Theatre in Los Angeles. (Photo by Chris Pizzello/Invision/AP, File)

Barbra Streisand is coming under intense criticism on social media for telling a British newspaper that two men who say they were molested as children by Michael Jackson were "thrilled to be there" and that the alleged abuse "didn't kill them."

In a wide-ranging interview with the Times of London, Streisand was quoted as saying she "absolutely" believed the accusers, Wade Robson and James Safechuck, who make their allegations in the recent HBO documentary "Leaving Neverland."

But the legendary singer also raised eyebrows by saying Jackson's "sexual needs were his sexual needs."

In a statement emailed Saturday to The Associated Press by a representative, Streisand said: "To be crystal clear, there is no situation or circumstance where it is OK for the innocence of children to be taken advantage of by anyone. The stories these two young men shared were painful to hear, and I feel nothing but sympathy for them."

She then added a note of implicit criticism of the boys' parents: "The single most important role of being a parent is to protect their children. It's clear that the parents of the two young men were also victimized and seduced by fame and fantasy."

Jackson's estate has condemned the HBO documentary. The pop star, who died in 2009, was found not guilty in 2005 of charges he molested a 13-year-old boy.