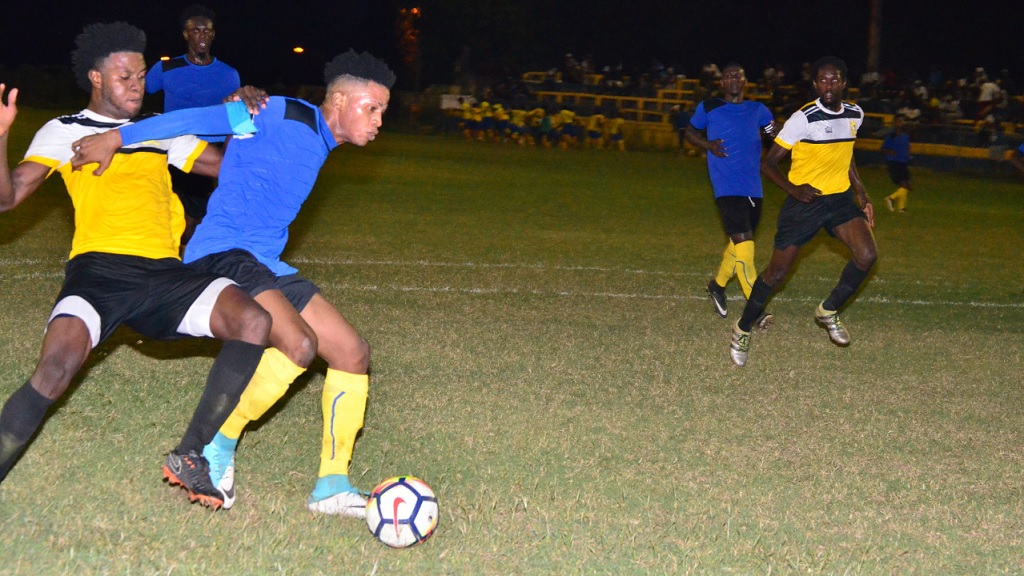 The ultimate battle for Corporate Area teams in the top and second tier football competitions will hit a climax on Friday in both finals of the KSAFA Magnum JN Super and Major League at the Constant Spring field.

Then in the big game at 8:30 p.m., defending champions Barbican will tackle Molynes United at 8:30 p.m. as they seek to retain the Magnum JN KSAFA Super League crown.

Both competitions have an added incentive to the championship prize, which lies in promotion. The Major League contestants have already secured that right by qualifying to the final to earn the two automatic berths to the senior competition.

However, it is a different kettle of fish for the Super League title contenders, as only the champion team earns the right to play in the four-team Confederation all-island play-offs for the Premier League. The other participants in that elimination series will also be champions, coming from the Jamaica Football Federation’s South Central, Eastern and Western Confederations.

Barbican held that honour last season and were in the running for a Premier League spot until the very last hurdle, when they lost to St. Ann team, Mount Pleasant Academy, which went on to distinguish themselves in the just-concluded season.

Similarly high standards were displayed by Barbican throughout the season, in which they have remained the only unbeaten team. They appear to be getting stronger with each game and after thrashing Real Mona 3-0 in the semi-finals, the man who scored two goals, Andrew Christie, noted their intention to not only repeat as champions.

“We’re trying to retain the title and from there, we don’t want to make the same mistake if we should go onto the playoffs,” said Christie. “This time we’re looking forward to go straight to the Premier League.”

Besides Christie, a number of players have been scoring for Chris James’ Barbican all season and much will be asked of them again. They are Ricardo Henry, the prolific Tajahe Dixon, veteran Locksley Thompson and Ryan Brown.

The teams met twice this season and Barbican won 1-0 on a Joel Downswell goal in one match, while Andrew McLeod equalised in injury time during their first encounter, that ended 1-1.

McLeod has scored fairly often for Molynes and along with Damion Frankson, Orane Ferguson, and Fabiki Farquharson, they will shoulder most of the burden for the Lijyasu Simms-coached team that finished third in the same preliminary zone as Barbican.

Molynes were steady throughout the preliminaries having waltzed past Meadforect  3-1 in the semis, they will be seeking to complete the job with silverware and a shot at the Premier League.

For the opening game, Goodison, who played professionally for years in Great Britain, is providing strong leadership for his community team and will be hoping to take them over the brink against a Seaview Gardens outfit which is well represented up-front by goalscoring ace, Zenard Street.