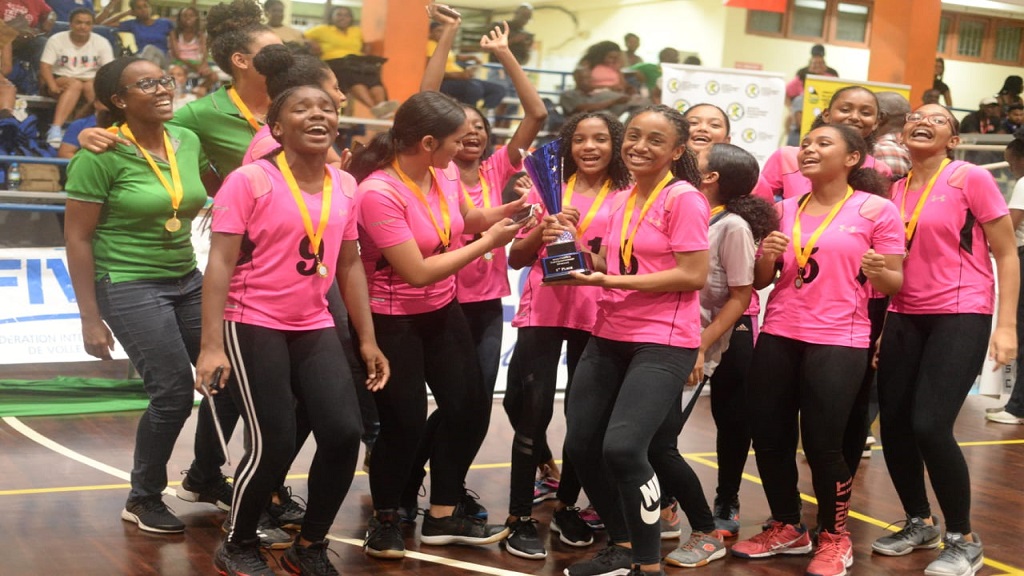 Barbados and Suriname crowned themselves champions of the Caribbean Zonal Volleyball Association (CAZOVA) Boys' Under-19 and Girls' Under-18 tournaments on Saturday with respective 3-1 and 3-0 victories over Suriname and Barbados at GC Foster College of Physical Education and Sport in St Catherine.

In the boys' final, Barbados assaulted Suriname throughout the match with power, spraying them with rocket-like spikes and serves, while also successfully blocking them out the match and leaving them befuddled to mount an effective response.

The victory was Barbados' third in the tournament over the years, with successes in 2007 and 2013. The other winners were Curacao in 2010, the United States Virgin Islands in 2012, and Jamaica in 2015. 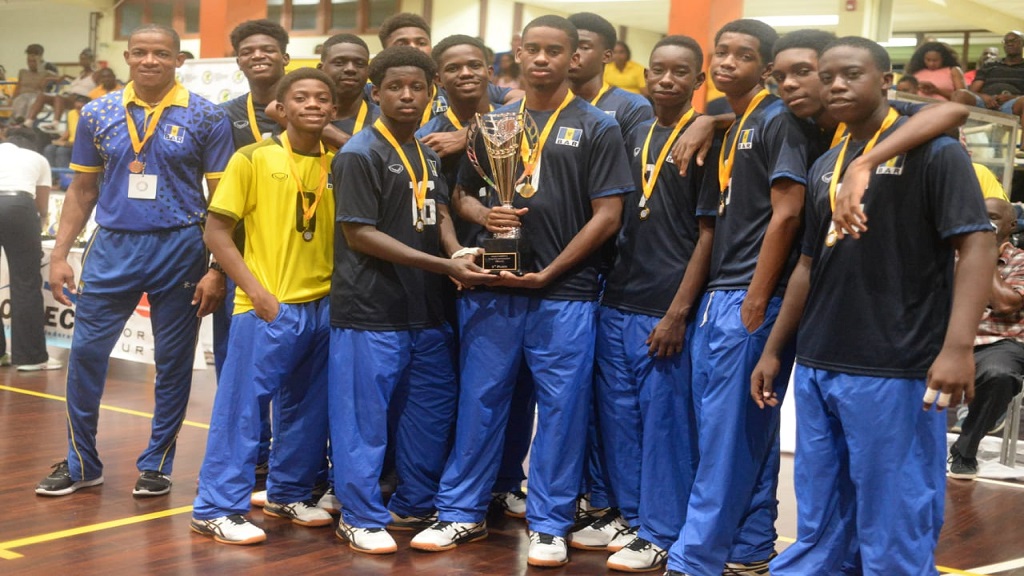 Members of the winning Barbados Boys' Under-19 volleyball team.

According to Barbados' head coach, Elwyn Oxley, the victory was a reward for the players' efforts in getting to the tournament.

He said, "I am happy for these youngsters because they worked really hard and put in a lot of work. It wasn't easy getting here because everything is a cost, but they found ways. They did car washes and did all kinds of things to raise money to come here. So for that alone, and the effort that they put in to be here and coming and winning, I am so happy for them."

Meanwhile, Suriname won their first title in the fifth staging of the girls' competition, as they used guile to nullifiy the Barbados power armoury. Barbados' power game was not allowed to mature in the match, as Suriname served cunningly while gently playing the ball into open spaces.

Suriname head coach, Janice Valies, said, "we minimised their attacks by having tough serves. If you minimise the pass, they are not able to attack, so, by having a strong serve, we were able to break them."

Barbados won the competition in 2015.

Under-19 coach confident as Jamaica look to defend volleyball title