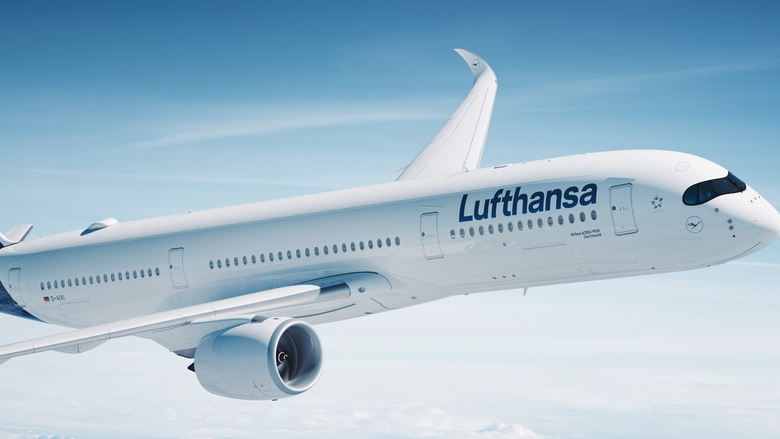 Barbados has expanded its reach in Germany with a new thrice-weekly direct flight from Frankfurt to the Grantley Adams International Airport.

The inaugural Eurowings Flight LH 5432 of the Lufthansa Group, landed in Barbados on Monday, October 28 at 3:10 pm.

This new direct flight will run on Mondays, Wednesdays and Fridays using an A330 aircraft which seats up to 330 passengers with this service operating until April 2020.

Lufthansa was represented by Gabriela Ahrens, Senior Director of Leisure Sales and Corinna Suck, Sales Manager. The celebrations commenced at Frankfurt airport with a musical performance by the famous calypsonian Mighty Gabby and there was a ribbon-cutting at the gate before boarding.

While addressing Lufthansa officials and representatives within the tourism sector, the Minister of Tourism and International Transport said, “I want Lufthansa to understand that Barbados’ airport will be a place which benefits you and us from the perspective of doing trans-shipment to Europe and also shipment of local commodities.”

Mention was also made to partnering and code sharing with other airlines such as Austrian Airlines, another member of the Lufthansa group.

“We have managed to secure this concrete arrangement to bring about a bilateral air services agreement between Barbados and the Federal Republic of Germany in about two or three weeks. This particular agreement had been languishing at the discussion stage since 1993," said Symmonds.

Griffith, CEO of the Barbados Tourism Marketing Inc. (BTMI), said that they will be looking to capitalise on the extra seats the partnership will bring. “With the addition of some 900-plus seats per week, we will be more aggressive than ever in working with our tour operator partners, local groups such as the Barbados Hotel and Tourism Association and Intimate Hotels of Barbados, as well as in our traditional and digital marketing efforts.

He added that the BTMI will be working closely with the Lufthansa Group on co-op marketing plans to ensure the success of the new service.