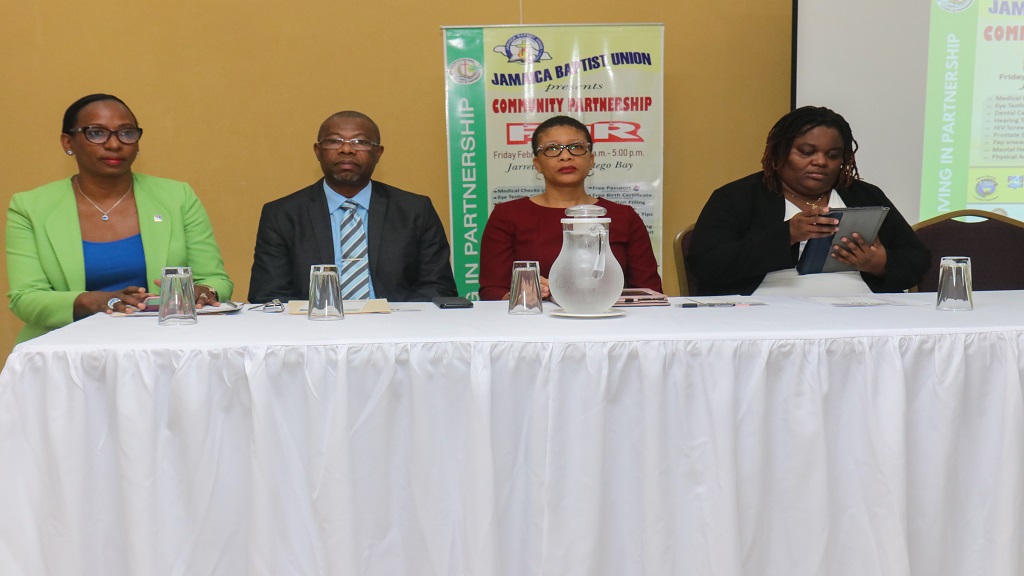 The President of the Baptist World Alliance (WBA), Reverend Ngodela Paul Maida, is expected in the island to participate in the Jamaica Baptist Union (JBU) Assembly 2019 to be held in Montego Bay, St James between February 20 and 24.

"... I should also share with you that among our special guests will be the president of the worldwide Baptist family, the Reverend Ngodela Paul Msiza. A South African, President Msiza will be here with us for the entire duration, and will be engaged in several activities over the period," Associate General Secretary of the JBU, Reverend Merlyn Hyde-Riley, announced.

She was speaking at the launch of the General Assembly, which is the largest and most anticipated annual JBU gathering, at the Grand-a-View Restaurant and Event Place in Montego Bay on Tuesday.

The event, which will be held under the theme: “Being God’s People In God’s World – Living in Partnership”, will see Baptists from all parishes in Jamaica not only gathering to celebrate their oneness in Christ through worship, fellowship, business and witness, but also to renew their allegiance to Jesus Christ and His mission.

In keeping with the theme, the JBU has identified women and children as two categories in need of increased and more intentional attention and accompaniment, given the magnitude of the abuse and violence many experience.

"To this end, we have planned a number of events to give visibility to the issue of gender-based violence, which we hope will lead to action in the struggle against this scourge," Hyde-Riley stated.

On Friday, February 22, the event will be highlighted by a partnership fair at Jarrett Park, where the JBU will work with 20 agencies to provide a wide range of free medical, educational, social and economic services, to especially persons who are "marginalised and dispossessed". The partnership fair will run from 10:00 a.m. to 5:00 p.m.

"This will include a wide range of medical, educational, social and economic services as we make room for agencies such as the Passport and Immigration Agency (PICA), HEART Trust/NTA, National Insurance Scheme (NIS), Tax Administration Jamaica (TAJ), the PMI, among many others," Hyde-Riley elaborated.

The partnership fair will come to a climax with performances by gospel acts Kevin Downswell and Jabez.