Bangladesh confident Shakib will be fit to face West Indies 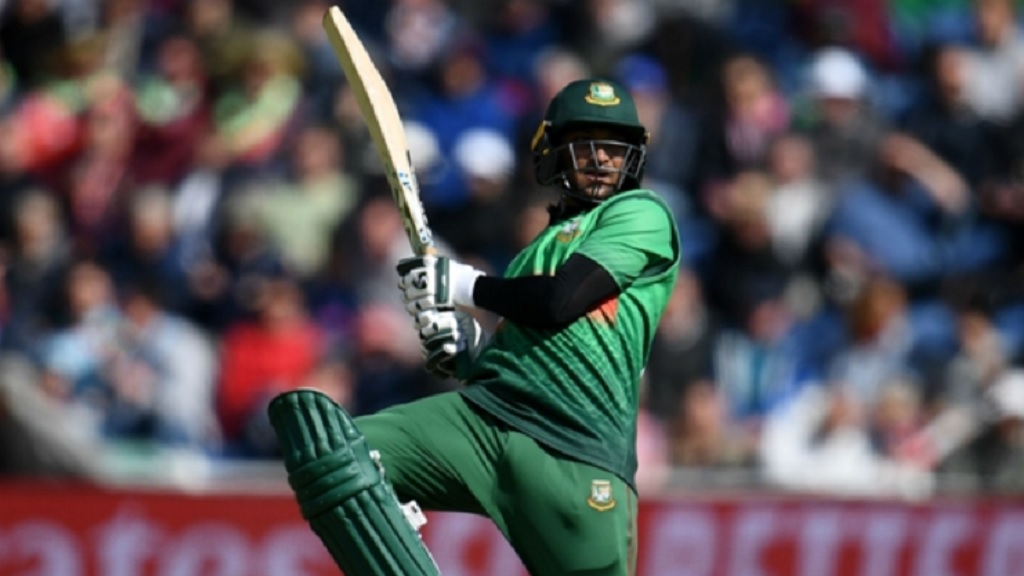 Shakib Al Hasan in action for Bangladesh at the Cricket World Cup.

Bangladesh are "very optimistic" Shakib Al Hasan will overcome a thigh injury in time to face West Indies next Monday at the Cricket World Cup.

All-rounder Shakib strained his left thigh while batting during the clash with host nation England on Saturday, though he still went on to score a century in a losing cause in Cardiff.

The Tigers saw Tuesday's fixture against Sri Lanka washed out in Bristol but now have a break from action in the tournament, giving the 32-year-old time to undergo further treatment.

"He picked up a little injury, as you all saw in that game against England," Bangladesh coach Steve Rhodes told the media.

"He fought on, battled on and played extremely well with an injury.

Bangladesh's game with Sri Lanka was the second at this year's World Cup to be abandoned without any play whatsoever, while South Africa and West Indies managed just 7.3 overs in Southampton on Monday.

With teams picking up just a solitary point for rained-off fixtures, rain could have a crucial say in deciding who qualifies for the semi-finals.

Englishman Rhodes knows all about the unpredictable weather in his home country, leading him to suggest the World Cup may have benefited from building reserve days into the schedule for the group stage.

"If you know the English weather, sadly we're going to get a lot of rain," said Rhodes, who played 11 Tests and nine ODI games for England in his playing career.

"We never know when the rain is going to come. People from all over the world keep asking me whether it's going to rain; I don't know. But, at the moment, we're seeing some problems.

"We put men on the moon, so why can we not have a reserve day, when actually this tournament is a long tournament? They are spread out, the games.

"I would say that it's disappointing for the crowd as well. They have got tickets to see a game of cricket and it would be up to them if they can get there the day after."