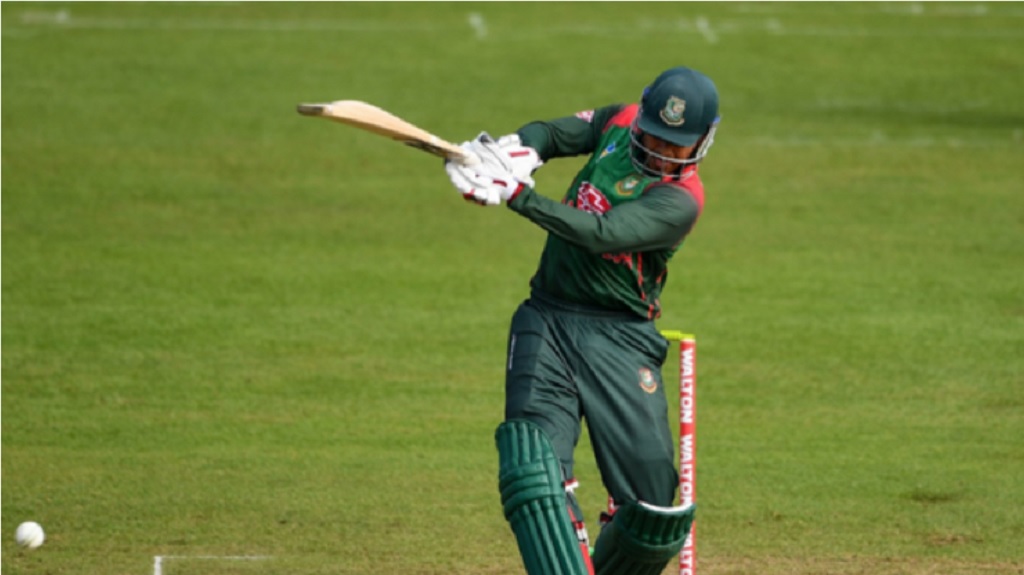 Soumya Sarkar's 66 was crucial for Bangladesh.

Bangladesh won their first one-day tournament final as they put in a clinical batting display to beat West Indies in the tri-nation series at Malahide.

With West Indies' promising innings disrupted by rain, the match was cut to 24 overs per-side when play eventually resumed at 17:30 local time.

Shai Hope (74) and Sunil Ambris (69 not out) had been in the middle of an impressive partnership, but the break seemed to serve Bangladesh – without the injured Shakib Al Hasan – well, as they came out with renewed vigour.

Set a revised target of 210, Bangladesh stepped up the tempo with the bat – Soumya Sarkar (66) and Mosaddek Hossain (52no) both hitting half-centuries - as they reached their target with seven balls and five wickets remaining.

Put into bat, West Indies looked set to be heading for a high total before rain stopped play 20 overs into proceedings, Hope and Ambris having shared a century opening stand.

The Windies came back after a lengthy delay at 131-0, but lost Hope when he picked out Mosaddek off Mehidy Hasan’s bowling.

West Indies finished up on 152-1, but Bangladesh's target was upped based on the Duckworth-Lewis-Stern method.

Sarkar cruised to a half-century in 27 balls before succumbing to Raymon Reifer on 66, having hit nine fours and three sixes during his stint at the crease.

Sabbir Rahman's two-ball duck put the Windies in the ascendancy, but a measured 36 from Mushfiqur Rahim put Bangladesh back in contention.

Mosaddek took full advantage, smashing five sixes as he raced to 52 from just 24 balls before Mahmudullah hit a precise cover drive for four to secure a historic victory ahead of the Cricket World Cup.