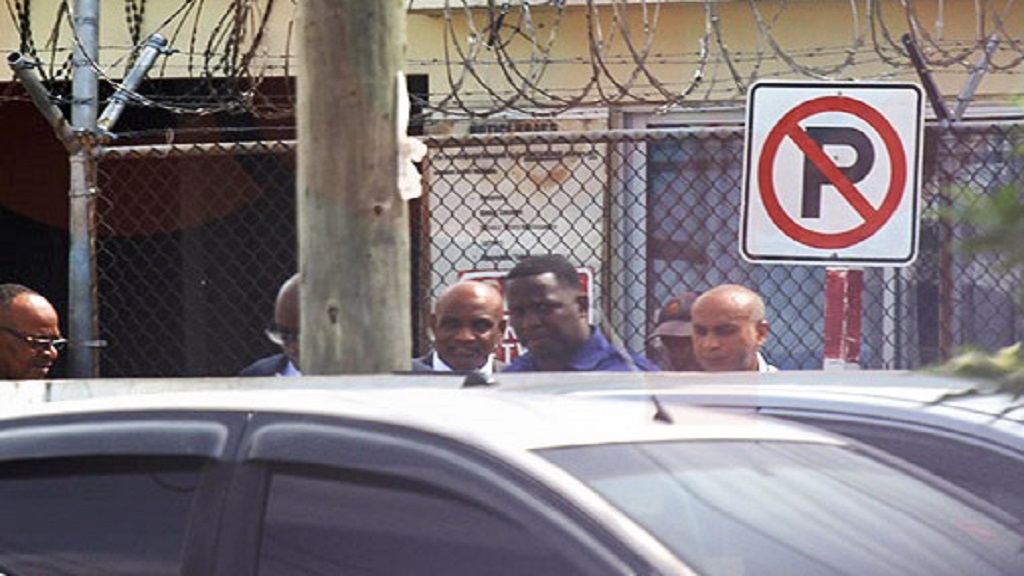 Ruel Reid and Professor Fritz Pinnock among police and other personnel as they made their first court appearance while in custody on October 10 last year.

The former Minister of Education, Youth and Information, Ruel Reid and the president of the Caribbean Maritime University (CMU), Professor Fritz Pinnock, had their bails extended until April 8 when they reappeared in the Kingston and St Andrew Parish Court on Thursday.

This in relation to a $56 million corruption and fraud case involving the Ministry of Education and the CMU.

Reid’s other co-accused, his wife Sharen, daughter Sharrelle, and Kim Brown Lawrence, the Jamaica Labour Party Councillor for the Brown’s Town division of the St Ann Municipal Corporation, also had their bails extended until April 8.

The court also relaxed the conditions of their bail. Previously, they were to report at various police stations on Wednesdays and Saturdays but they are now required to report on Wednesdays only.

Reid and Pinnock are facing the bulk of the charges. They are charged with breaches of the Corruption Prevention Act, conspiracy to defraud, misconduct in a public office at common law and beaches of the Proceeds of Crime Act.

The five were granted bail when they first appeared in court on October 10 last year, one day after they were arrested and charged in coordinated pre-dawn raids across three parishes.