The Bahamas still rockin' with highest visitor arrivals in history 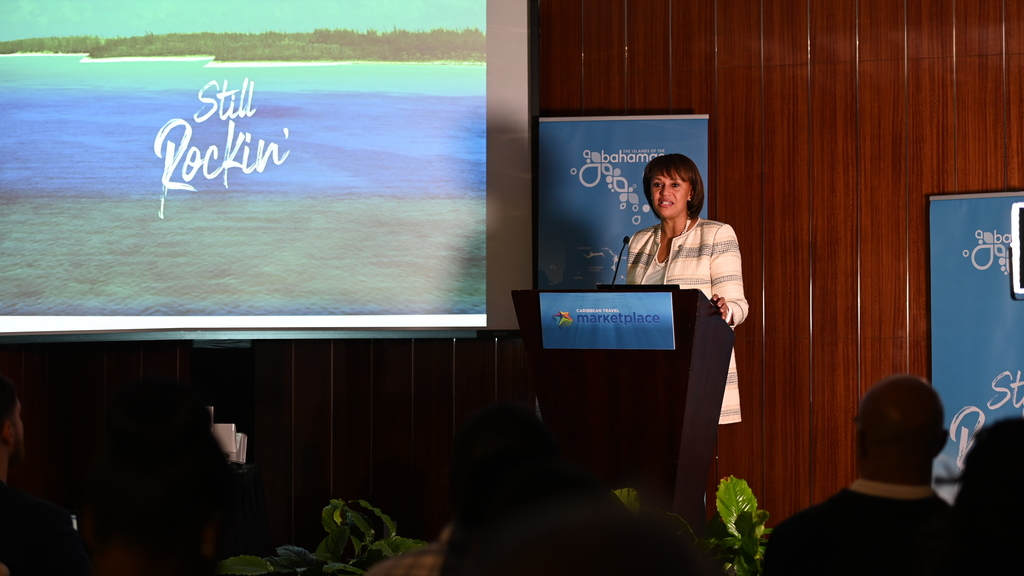 There was an air of excitement in the Exuma 2 room of the Baha Mar Convention Centre last Thursday as The Bahamas celebrated its highest visitor arrivals in history.

Minister of Tourism and Aviation Dionsio D’Aguilar’s announcement that the country saw seven million visitors in 2019 was met with applause.

It was certainly an occasion for celebration for a country that has had to deal with the fallout from Hurricane Dorian which wiped out Abacos Island and a portion of Grand Bahama Island.

“We all paid the collective price,” said Joy Jibrilu, Director General, in an earlier presentation, noting that the message the world got was the entire country was obliterated.

Still, the ignorance of The Bahamas’ geographic makeup didn’t slow down the exponential growth in visitor arrivals country had been experiencing pre-Dorian.

The 7.2 million visitor arrivals, which includes both air and sea, was a nine percent increase over that of 2018. Stopover visitors alone were the highest in record history at 1.78 million with American visitors accounting for 1.45 million.

Close proximity to the Eastern seaboard of the US, new and improved hotels and more options to get to The Bahamas, are among the factors Jibrilu said that has made the country a premier tourism attraction in the Caribbean.

The Minister of Tourism and Aviation said they also embarked on an aggressive campaign post-Dorian, with executives traveling to new York, Miami, Canada, London, Australia and Paris to speak at tourism conferences and meeting with travel partners, media and influencers to spread the message that the Bahamas is ready to welcome everyone with open arms.

To drive home the point that The Bahamas is definitely open for business, the country will embark on a new 2020 marketing strategy with the slogan Still Rockin’.

The campaign is being rolled out in collaboration with rock star Lenny Kravitz, who worked on the previous Fly Away campaign. The campaign will run for Summer and intends to show the resiliency of The Bahamian people.

Exciting 2020 for The Bahamas with increased airlift, new food fest