‘From bag juice to Gordon House’: Hot politicians for 2017 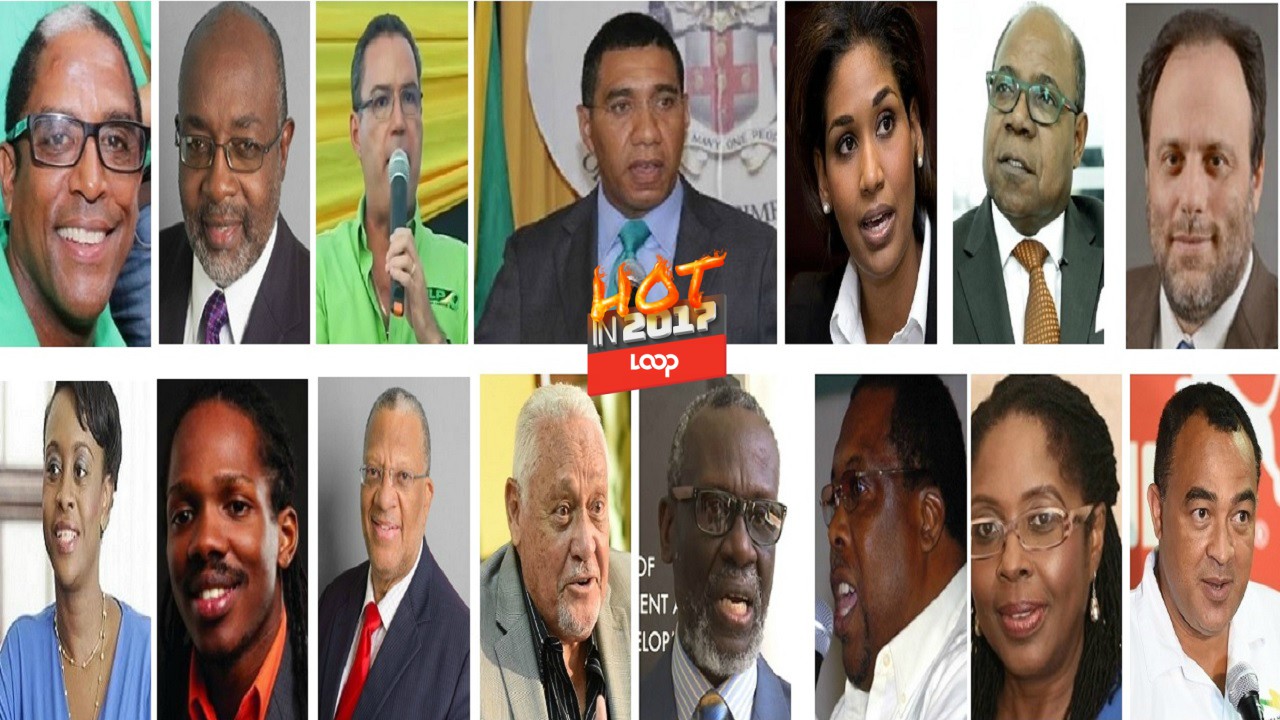 Approaching the end of 2017, as is customary, Jamaicans are engaged in reflecting on the positives and negatives of the passing year.

Definitely in the mix is the usual focus on the fortunes and effectiveness of our national leaders, in essence, the politicians who were relatively hot or effective in 2017.

In that vein, Loop News takes the liberty of offering a perspective on the political ‘stars’ of 2017, with the listing being outlined below:

With a ‘national’ by-election as one of the main political features of the year, the big winners out of that exercise naturally figure very prominently among the hot politicos of the year.

Most notable among the lot was pharmacist, Dr Norman Dunn, who cantered home to an armchair victory over his rival, Dr ‘Sugar Shane’ Alexis, for the coveted and pivotal prize of Member of Parliament (MP) for South East St Mary.

And no doctor or pharmacist himself, but the man who came up with the required remedy at just the right time, was West Portland MP, Daryl Vaz, who scalped Sugar Shane’s electoral prospect with one blow - the latter’s Jamaican citizenship issue. 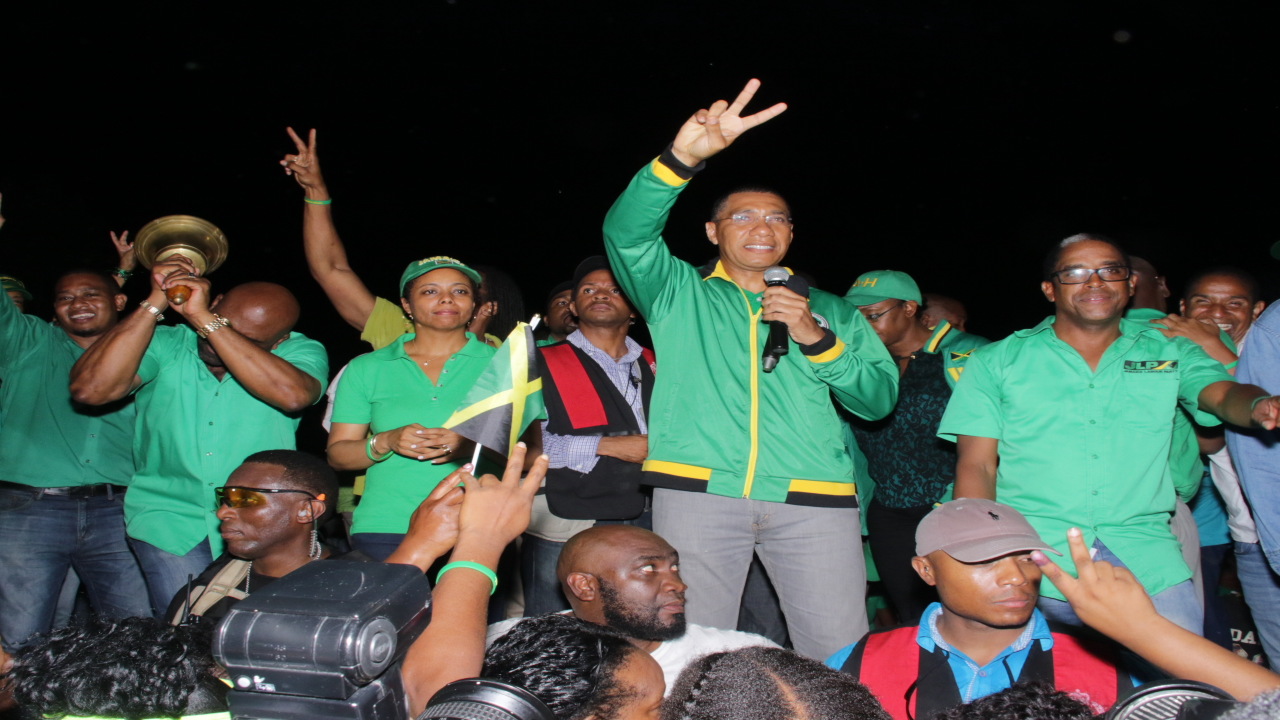 Then, of course, the biggest beneficiary of the St Mary outing was Prime Minister Andrew Holness, after being gifted a whale of a ‘referendum’ vote courtesy of his ‘rival’, Opposition Leader, Dr Peter Phillips.

Phillips himself, though making some heavy weather of the party leadership in the early stages, nonetheless, remains in the ‘hot’ reckoning by virtue of his uncontested ascendency to the People’s National Party (PNP) throne. That does count for plenty, especially getting near to the five-year mark.

Similarly notable in the PNP, was the meteoric rise of former longtime ‘backbencher’ Fitz Jackson to the position of party chairman and national security spokesman or ‘whip’, if one were to get an honest answer out of beleaguered Security Minister, Robert Montague.

And after a disastrous start as foreign affairs spokesperson, during which she had the misfortune of having extended condolences for the ‘death’ of a still living regional diplomat, the beautiful Lisa Hanna is closing out the year in style as ‘Lady Lake’, after finally tying the knot with her longtime beau in perhaps a case of a long, long wait and see before ‘Taste ruled’ in the end.

As ‘Mr Tourism’ on both the regional and global stages, Edmund Bartlett has reaped only gold this year, and PR or otherwise, has been as hot as could be expected.

Likewise, the ‘old man in a hurry’, Mike Henry, managed to bring back the local bauxite/alumina sector onto the national economic map, with deal after deal with the Chinese, for refinery after refinery to come, which have sent rippling signals across the industry, to the benefit of many long-unemployed Jamaicans. 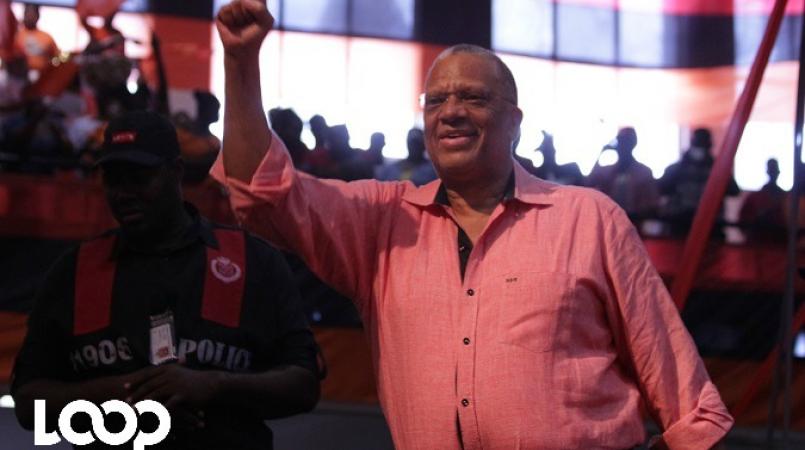 Quietly in the mix has been the reportedly highly effective Juliet Holness, who is more and more being seen as the consummate quiet achiever behind the scenes.

Likewise, Mark Golding, with his elevation to the position of PNP’s spokesman on finance and parliamentary representative of one of the most loyal seats in the Lower House, is being quietly but influentially viewed as the most likely successor to the PNP throne, even ahead of his business ‘buddy’, the much more accomplished politico, Peter Bunting.

And despite her widely perceived battle for genuine popularity, Angela Brown-Burke must be numbered in the real achievement column for having overcome seemingly huge odds to add Member of Parliament to Vice President, even with the overly generous help of a Miller’s wife.

After falling over the proverbial cliff, then hanging on for dear life and managing to remain relevant, political maverick, Damion Crawford, came back with a bang, even if he, in the same vein that Dr Phillips did with Holness’ ‘referendum’, gifted Dr Dunn with the glory of being immortalised as having risen “From bag juice to Gordon House’.

Solidly back in the political fray, Crawford, who noticeably was being cited as the popular frontrunner to replace Portia Simpson Miller in South West St Andrew, clearly had a major turnaround in 2017.

And though not a very friendly customer, but definite piercing and effective at his assigned duties, Senator Lambert Brown has been making hell for the Government all year long, to all who will listen, and is finally being duly recognised as the PNP’s trump card in the Upper House.

This is while Health Minister, Dr Christopher Turfon, arguably largely through extremely effective public relations, has managed to work his way through a number of potentially damaging scandals in the health sector, with newborn babies still dying in the real sense, but not to his political detriment.

That leaves Tufton as a hot commodity in the Holness Administration, as, indeed, politics remains the art of controlling the impression of one’s environment.

On the other end of the public relations scale – zero-rated, that is – Local Government and Community Development Minister, Desmond McKenzie, through hard work, stridency and consistency, has  been one of the steadier hands in the Holness Cabinet this year.

Of the 15 ‘nominees’ above, their comparative rankings are outlined below: