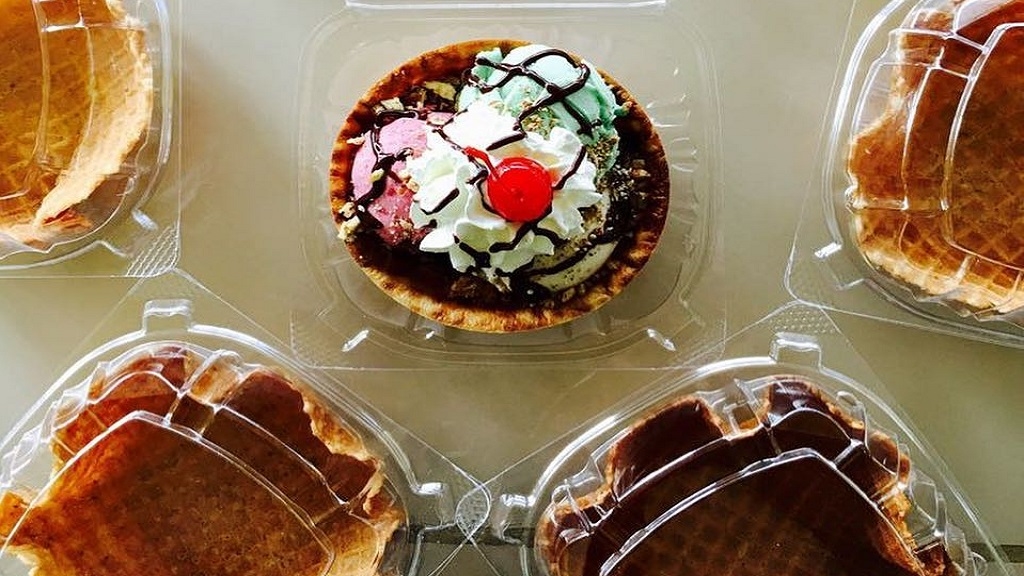 For Jamaicans with a craving for ice cream who are unable to tolerate dairy products, vegan ice cream is now available and it tastes just as great, if not better.

In fact, 30 flavours of the non-dairy variety are available at BabyLove'sTwist (yes, that’s the name of the ice cream parlour) located inside the Pompano Commercial Complex in Tower Isle, St Mary.

Natural flavours such as rum and raisin and grape nut are on offer. Then there are the exotic flavours such as jackfruit, mango, guava-passion, soursop, sorrel, papaya, coconut bitz and strawberry twist to name a few. Some flavours like sorrel are seasonal.

When Loop News visited recently to sample the goods, Gardiner told us about the idea behind the business and its success to date. The bespectacled 61-year-old said he always liked ice cream but increasingly was unable to tolerate it.

“I grew up on ice cream. My sister used to work with Dairy Farmers back in the day and my mother used to sell for Cremo when she retired. So ice cream has always been around me but I got to the point where I couldn’t eat ice cream the way I wanted to. I was not lactose intolerant, I just had problems with it," Gardiner shared. 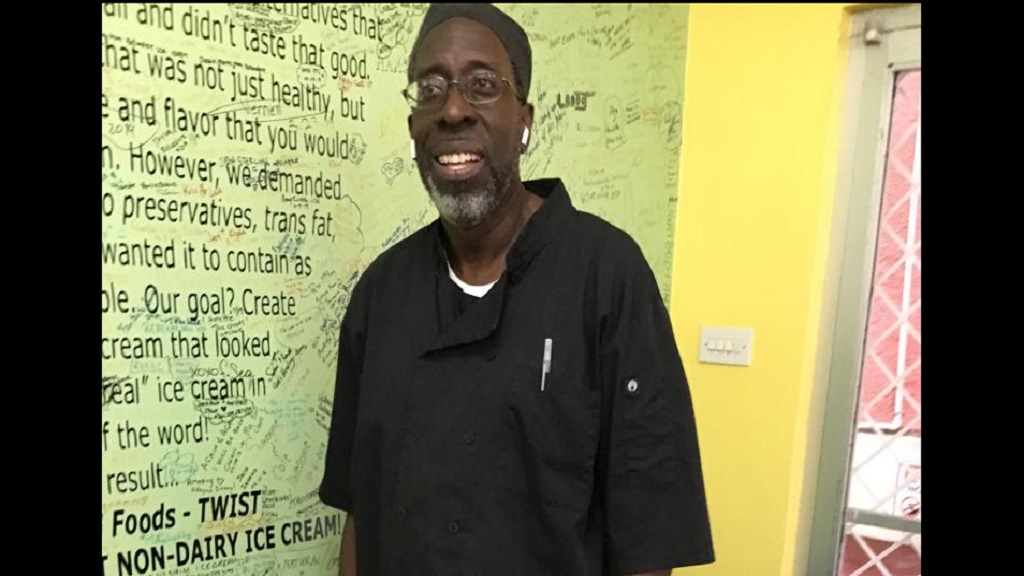 Larry Gardiner, owner of BabyLovesTwist, the vegan ice cream parlour in Tower Isle, St Mary, stands next to the 'graffiti wall of fame' where customers leave their comments after sampling their favourite dessert.

While still living in the United States, Gardiner observed that some of his friends were making vegan ice cream “and I liked it so I figured I could make my own,” he revealed.

“In a nutshell, that’s how BabyLove'sTwist was born. That’s how I got started, no lightning ball from heaven or any such thing,” he said with a laugh.

The Pompano Commercial Complex where the business is located is about 15 minutes drive from Ocho Rios.

“All of our ice cream is non-dairy, less than seven ingredients, no preservatives, no soy, no dairy, no GMO  (genetically modified organism), no fake products,” Gardiner emphasised.

“All of our fruit flavours are made from natural fruits, so no powered flavourings, no extract.

“We have what we call our farm-to-spoon programme so we buy directly from the farmers; everything is processed in house."

Gardiner did not reveal the secret ingredient he uses to make his own purees and to flavor his natural ice creams.

“With great difficulty”, he admitted, when asked how he manages to maintain prices which would be considered competitive in light of the “special ingredients” used by BabyLovesTwist. 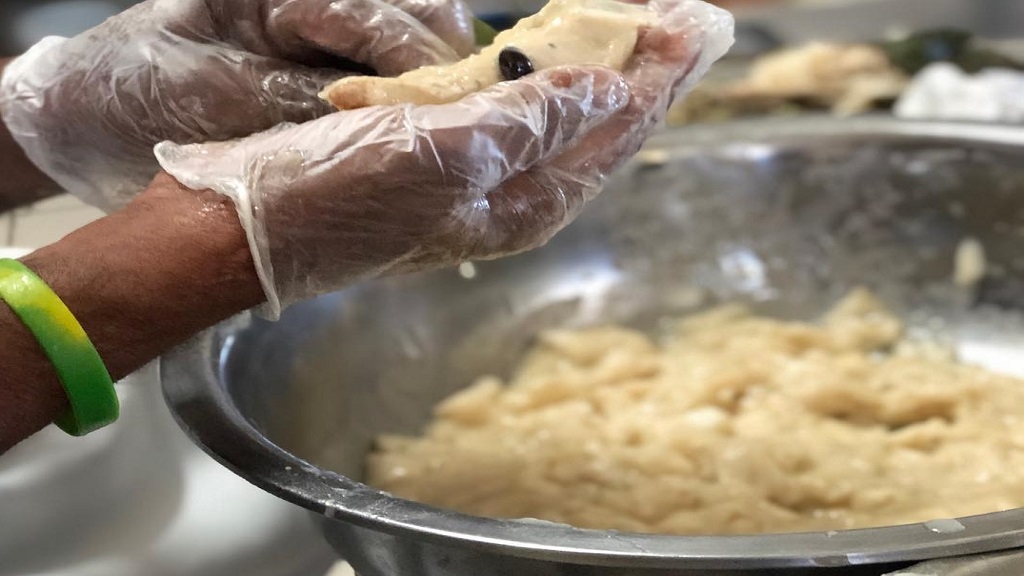 He explained that the aim was to keep prices as low as possible since initially, he wasn't sure whether Jamaicans would gravitate towards non-dairy ice cream. He has been pleasantly surprised, admitting that “business is good”.

“So I came in and tried to price the product at a price that I think would attract them and I’m trying to hold these prices despite vegan products being more expensive,” the entrepreneur shared.

Gardiner said persons who are lactose intolerant and who suffer from eczema, among other conditions, need have no fear eating at BabyLovesTwist. 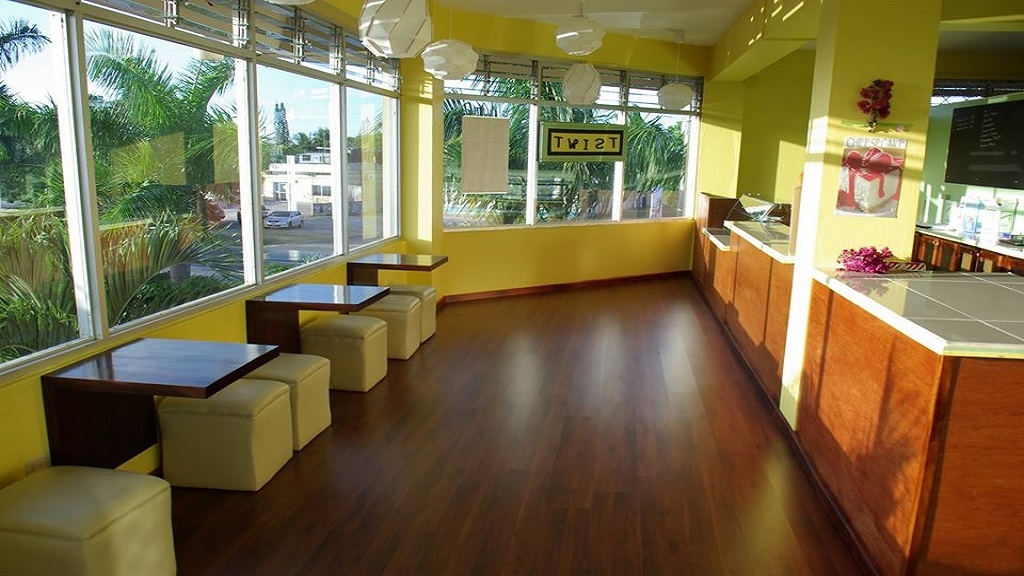 BabyLove'sTwist is located inside the Pompano Commercial Complex in Tower Isle, St Mary.

“Most of the problems that you have with dairy you won’t experience with our product. We have had enough people come by who have had all of those issues who are repeat customers. They have become our biggest advertisers,” he stated.

“As far as I know, we are the first non-dairy ice cream parlour in Jamaica. It’s a true parlour in that it boasts comfortable seating, good music, good vibe, good atmosphere and good ice cream,” boasts Chef G.

BabyLove'sTwist is also set apart by its ‘graffiti wall of fame’ where customers, both locals and foreigners, leave comments about the products. There are hundreds of such comments on the walls and the establishment has almost run out of space for persons to write, sharing their views.

“Chris took her with him about three weeks ago,” he said on our news team's recent visit. A framed photograph of Jones now graces the walls of the establishment. 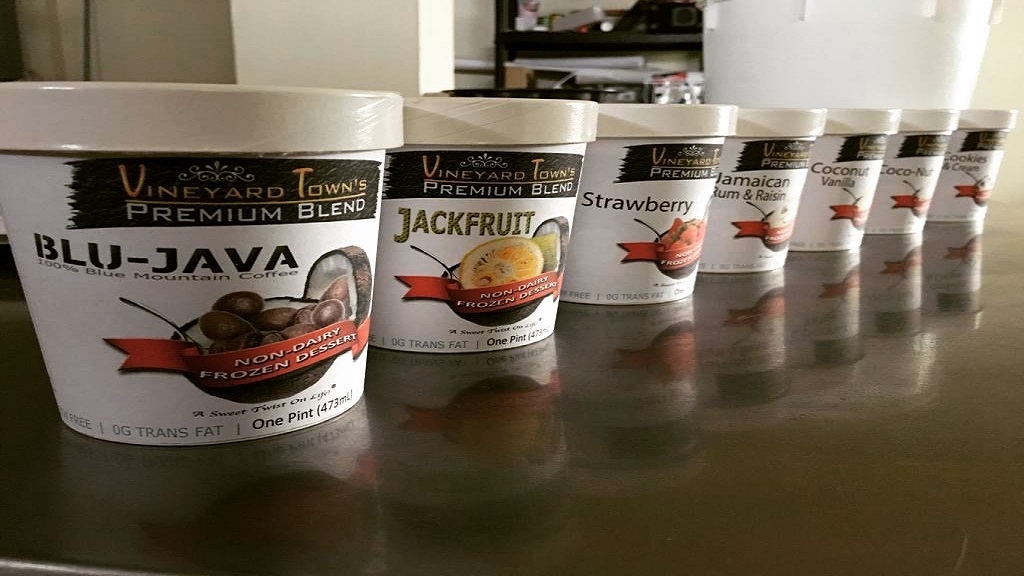 Chef G's products can be found inside General Foods in Liguanea, St Andrew and in Ocho Rios, St Ann under the name Vineyard Town Premium Blend.

Apart from tourists from the nearby hotels and residents of Tower Isle, Gardiner said Jamaicans travel from as far away as Kingston, Portmore, Montego Bay and St Elizabeth to sample his treats.

He told Loop News that when he returned to Jamaica from the United States about a year-and-a-half ago, having opted for early retirement, he first considered setting up business in Kingston.

However, he was soon convinced by a friend to set up shop in Tower Isle after she told him it was busy, and he soon realised how expensive rent was in the Corporate Area.

For those wanting to experience the non-dairy stuff, Gardiner said he is actively looking for a second location and that’s likely to be Kingston.

In the meantime, having initially started out in Vineyard Town in eastern Kingston, Chef G said his products can be found inside General Foods in Liguanea, St Andrew, and in Ocho Rios, St Ann under the name Vineyard Town Premium Blend.

Gardiner, a devout Seventh-Day Adventist, was born in England and came to Jamaica at age 12. He left for the United States aged 21, spending nearly 40 years honing his skills in various endeavours before returning and setting up BabyLove'sTwist, another turn in a busy life.