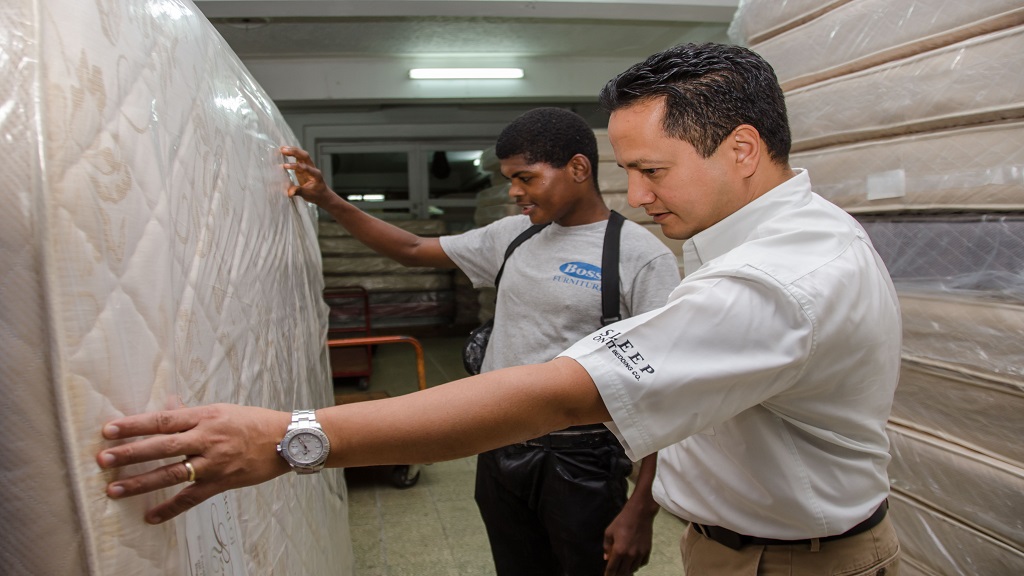 Businessman Omar Azan is urging his fellow business operators and corporate Jamaica in general to help the country by forcing the governing Jamaica Labour Party (JLP) and the Opposition People’s National Party (PNP) to co-operate in an effort to effectively fight the country’s crime problem.

In a passionate speech to members of Jamaica Manufacturers and Exporters Association (JMEA) during its annual general meeting on Thursday, Azan said the private sector must become the driving force in forging a plan to tackle crime.

He said, “I think as private sector we need to pressure and force the Opposition and Government to sit and finally come up with a plan that is monitored by a monitoring committee, the same way we monitor our country fiscally.

“If we don’t fix that crime thing and change our culture, no matter all that we do for tourism, for manufacturing, for agriculture, we will never be able to fix our country,” he added.

“Crime is a major factor that affects not only manufacturers, but every Jamaican living here, and I think it is something that we need to come together on in the same way that we came together fiscally in terms of the management of the economy of the country.

“It’s the one major thing I know we can work together on, and as an association, I think we need to pressure both sides to come together to meet, sit at a table and agree,” Azan said.

The island’s economy has been recovering over recent years, after years of minimal growth and fiscal mismanagement had resulted in it being in an almost collapsed state.

The recovering state of the economy has been credited to the International Monetary Fund (MF) forcing key stakeholders to join forces to come up with a plan of action to rescue the country economically.

It also involves a monitoring body, the Economic Programme Oversight Committee (EPOC), which is chaired by the private sector and gives quarterly reports on the progress of the Government in keeping with the plan of action.

Azan said, “the same way we have agreed with the IMF to do what we needed to do to fix our country fiscally, is the same way we need to sit together for the crime issue that we face as a country.

“So we need to pressure them and put some fire under their tails for that,” he declared.

Meanwhile, while agreeing with Azan, another former President of the JMA, Anthony Hyde, said her believes the private sector has not been given enough credit for the role it played in fixing the island’s economy.

He added to Azan’s suggestion by saying the private sector could also figure prominently in tackling the issues of corruption and the challenges in island’s education system.

Hyde said, “the change in the governance approach to the monitoring and fiscal policy of Jamaica took many years of lobbying by bodies such as this. In fact, I would think that the Jamaica manufacturers and the Jamaica exporters associations, along with the Private Sector Organisation of Jamaica (PSOJ, were the three main bodies that pressured successive governments over the years to deal with that issue.

“I believe that the Government in office today is taking a lot of credit for what is happening, and so too is the past Government that has just been out of office, but not enough credit has been given to associations like the JMA, the JEA and the PSOJ, for their actions in bringing about those changes.