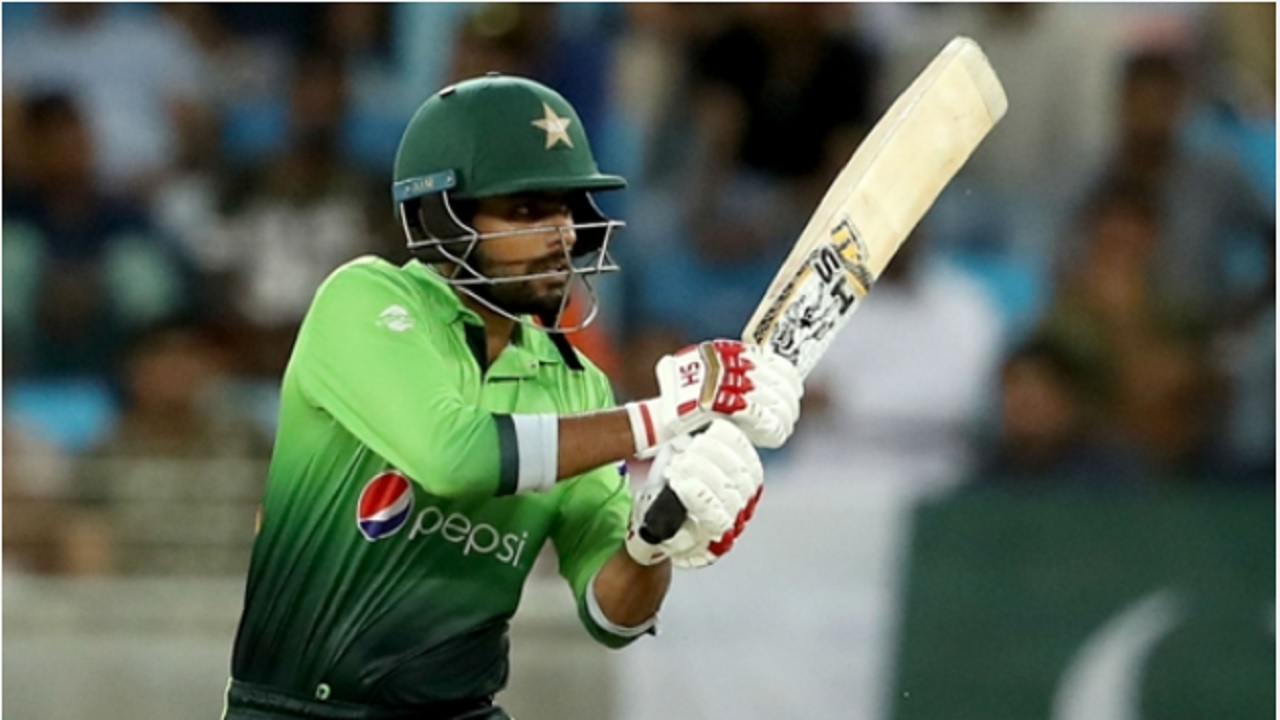 Babar Azam lit up the National Stadium on another record-breaking night in Karachi as Pakistan thrashed West Indies by 82 runs to seal the Twenty20 International series.

Pakistan had made their joint-highest T20 total of 203-5 before bowling the under-strength Windies out for only 60 to claim their most emphatic victory in the shortest format in the first of three matches on Sunday.

And the tourists suffered more punishment at the same venue a day later, Azam blasting 97 not out off only 58 balls as the hosts posted their biggest ever T20 total of 205-3.

Opener Azam's magnificent innings smashed Ahmed Shehzad's record best by a Pakistan batsman in T20 internationals, while Hussain Talat followed up an impressive debut by making a superb 63 from 41 deliveries and taking 2-12 with the ball.

The Windies, missing star men such as Carlos Brathwaite and Chris Gayle in the first bilateral series to be played in Pakistan since May 2015, were consigned to another emphatic defeat after collapsing from 92-3 to 123 all out, Mohammad Amir taking 3-22.

Rayad Emrit claimed an early breakthrough by snaring Fakhar Zaman caught behind, but Azam and 22-year-old all-rounder Talat put on 119 in only 12 overs to put the top-ranked T20 side on course for another huge total.

The clean-striking Azam hit Emrit for three boundaries in the fourth over and Talat launched Samuel Badree for six over long-on before debutant Odean Smith came in for the same treatment.

Azam reached his half-century off only 30 balls and Talat also raced to a maiden international 50, then fell when stand-in captain Jason Mohammed removed him with an excellent catch at point to give Smith a first wicket for his country.

The Windies' other opener, Chadwick Walton, cleared the ropes twice, top scoring with 40 before he was bowled by Shadab Khan (2-23).

And that soon led to another capitulation from the visitors, with three wickets falling in the 18th over from Amir as Pakistan wrapped up the series with a game to spare.