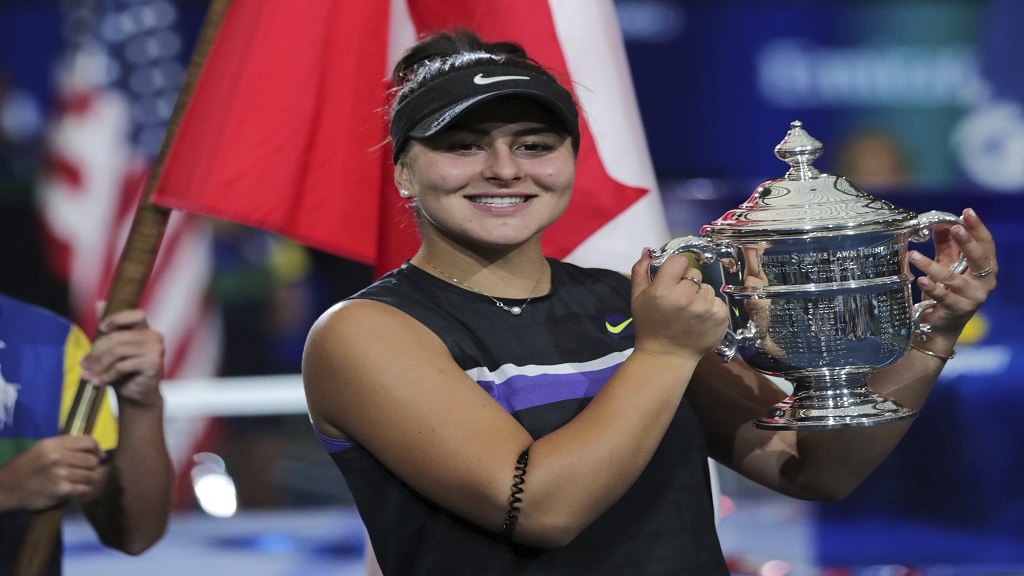 Bianca Andreescu, of Canada, poses with the championship trophy after defeating Serena Williams, of the United States, in the women's singles final of the U.S. Open tennis championships Saturday, Sept. 7, 2019, in New York. (AP Photo/Charles Krupa).

Serena Williams was denied a 24th grand slam title in the US Open final for a second consecutive year as 19-year-old Bianca Andreescu capped an extraordinary 2019 with a breakthrough major success in a classic Flushing Meadows decider.

The great Williams has been stuck on 23 victories, one behind Margaret Court, since January 2017 and lost in remarkable circumstances to Naomi Osaka in last year's New York final, as well as falling at the final hurdle at Wimbledon in each of the past two seasons.

It had appeared as though the 37-year-old would finally end her wait for the landmark triumph with an outstanding run back at Flushing Meadows until she met giant-slayer Andreescu on Saturday.

The teenager, who was beaten in qualifying last year, has never lost to a top-10 player and continued that incredible record by triumphing 6-3 7-5, becoming the first Canadian to win a singles grand slam. 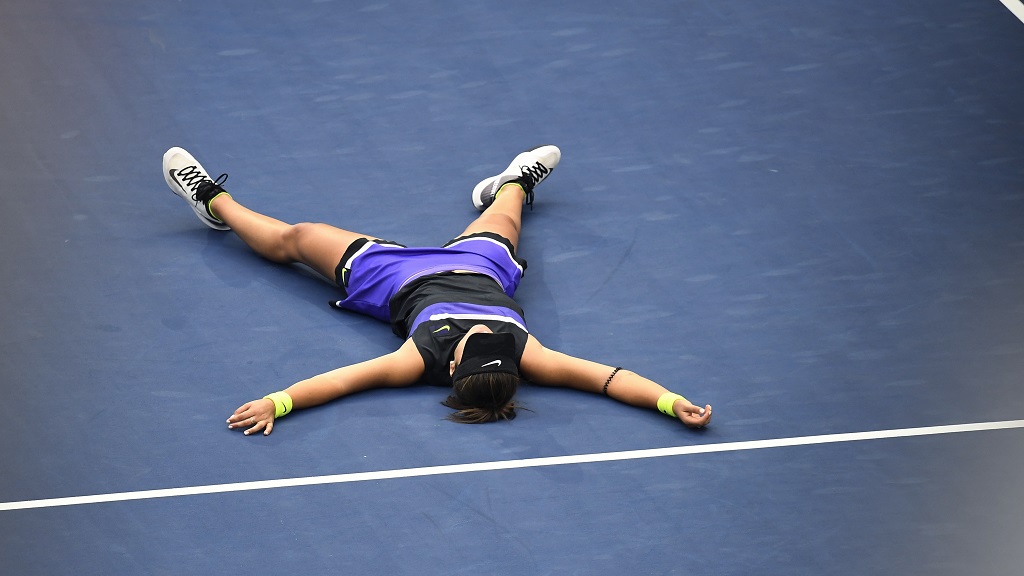 Bianca Andreescu, of Canada, lays on the court after defeating Serena Williams, of the USA.

Williams wore a pained expression throughout a performance that became more and more ragged, gifting away three breaks to double-faults as her experience failed to stand up to a mature Andreescu display.

For 23 minutes at the end of the second set, it appeared there might be a miraculous fightback, though, as the pressure finally got to the previously indomitable Andreescu, who had led 5-1 in the second.

But her calm and composure was rediscovered in the nick of time and the major final debutant, who was not born when Williams won the 1999 title, sealed a stunning triumph, leaving Serena still level with Chris Evert for US Open championships (six) and match wins (101).

A concerning theme was set early for Williams as she served up consecutive double-faults from deuce in the opening game to hand Andreescu the first break.

Andreescu kept pushing and a series of poor second serves meant Williams had to fend off five break-point opportunities in total - two of them with aces in a show of her inconsistency - to escape from a 10-minute back-and-forth seventh game without losing further ground.

The Canadian screamed with delight as an ace of her own swatted away Williams' first opening, before she went on the offensive again to earn set point, converted thanks to another uncharacteristic Serena double-fault.

There was no let up from Andreescu and she broke in front once more in the second courtesy of yet another double-fault, as Williams again bowed under scrutiny.

With Andreescu perhaps finally aware of the proximity of a historic victory, Williams roared back to level the set with a fortunate nick off the tape, having squandered her previous opportunity - the third of the game - when she misjudged a ball and stopped the rally.

But the world number 15 was clinical when the next chance arrived, picking out the left corner of the court to restore her advantage, dealing Williams another huge setback.

Another sloppy break followed, but the nerves really hit Andreescu for the first time as she collapsed from championship point, then went long to give Williams a glimmer of hope. 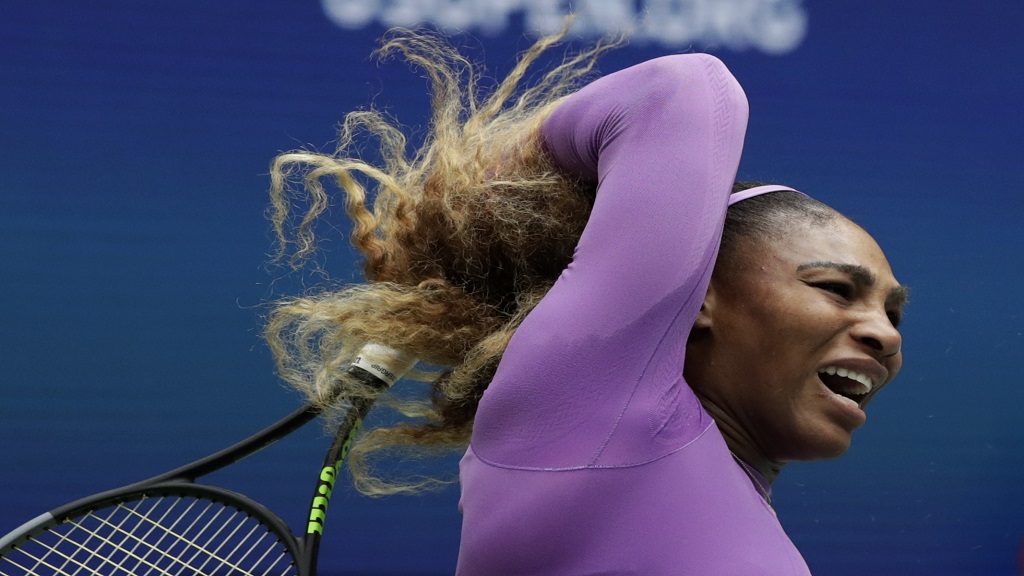 Serena Williams, of the USA, returns a shot to Bianca Andreescu, of Canada.

Williams had declared herself "officially a fan" of Andreescu after their only prior meeting at the Rogers Cup, but there was no doubting who a raucous Arthur Ashe Stadium crowd were backing as the American felt momentum behind her for the first time.

Serena held with ease and then saw Andreescu seemingly fall apart on the other side of the net, broken to love and then unable to stop Williams levelling the set at 5-5.

But Andreescu stopped the rot with a brave hold and forged two more championship points, almost half an hour on from her first. Williams thrashed in an ace to briefly keep her at bay but there would be no stopping the teenager this time.

Meanwhile, It will be a familiar scenario for Rafael Nadal when he faces Daniil Medvedev in the men's final on Sunday.

Nadal will be taking on a first-time grand slam finalist for the third successive year.

Six of Nadal's previous 26 major finals have been against debutants in that arena and the Spaniard has predictably dominated such matchups.

US Open 2019: Nadal beats Berrettini to set up Medvedev final