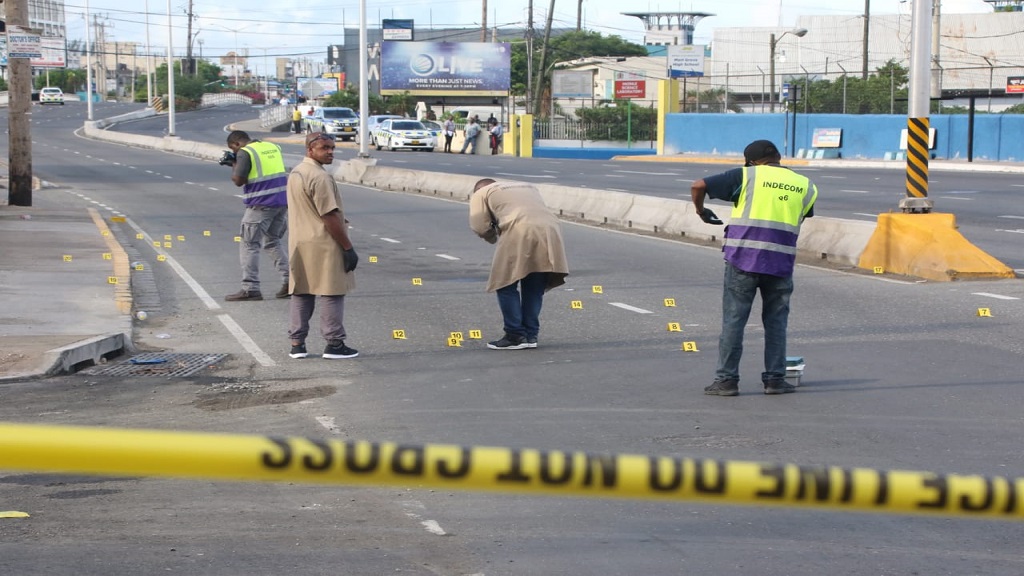 Police and INDECOM# personnel investigating the scene of the gun battle between criminals and a police team on Constant Spring Road in St Andrew early Thursday morning.

A section of the roadway at the intersection of Gore Terrace and Constant Spring Road, in the vicinity of CVM Television, has been reduced to single-lane traffic amid a police investigation.

Motorists are being advised to use the Red Hills Road exit as an alternative route, the police said in a release.

Members of the public are also being reminded to follow the directives of police personnel on the scene.

The development follows the shooting of two policemen who were on patrol in the area early on Thursday morning.

Reports are that about 1.30 am, the police team was on patrol in the area when they observed a white Honda Civic motorcar parked on the roadway.

The team approached the vehicle to check on the situation, when the men inside immediately open fire, hitting the lawmen, before attempting to flee the scene.

The injured officers returned the gunfire and the car crashed a short distance away.

One of the armed men ran from the vehicle and the driver, who was shot, was held.

All three persons were taken to hospital, where the unidentified man was pronounced dead while undergoing treatment.

The two police officers are currently being treated for their injuries. 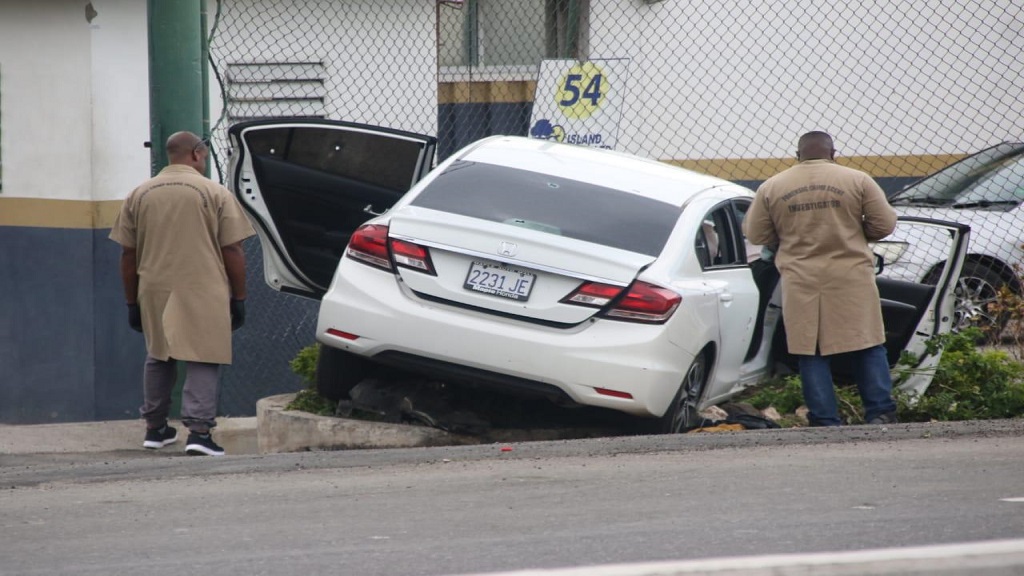 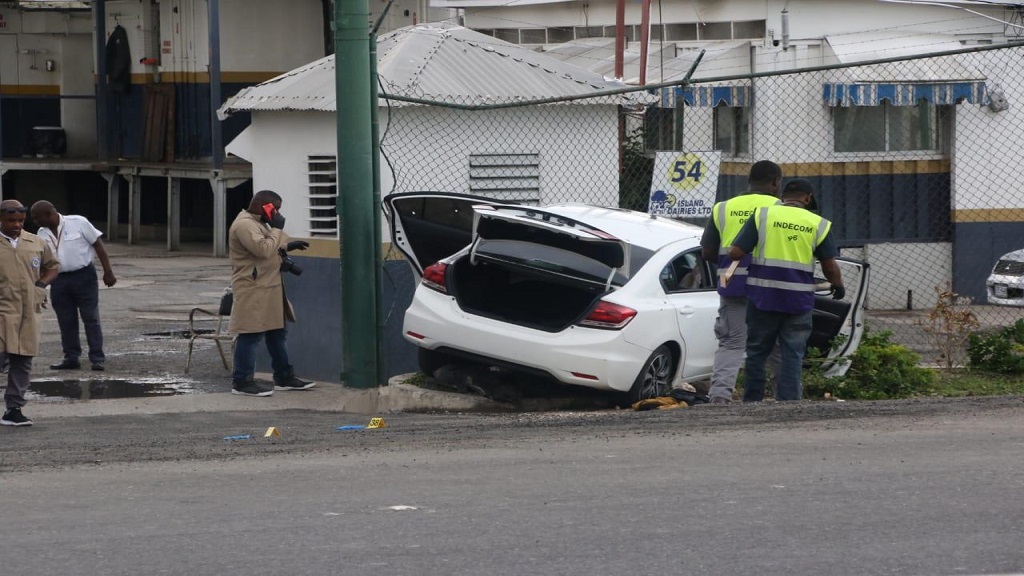 The crashed car that was being driven by gunmen who engaged a police team in a gunfight on Constant Spring Road in St Andrew early on Thursday morning.

Some 30 spent shells have reportedly been recovered from the scene by investigators who are currently probing the incident.

The shooting comes a little over seven weeks after four police officers were shot and injured in Horizon Park, St Catherine while on an operation.

Three of the officers, including a superintendent, later succumbed to their injuries in hospital.