AUSTRALIAN OPEN: Nadal into 3rd round; Wozniacki, Tsonga also through 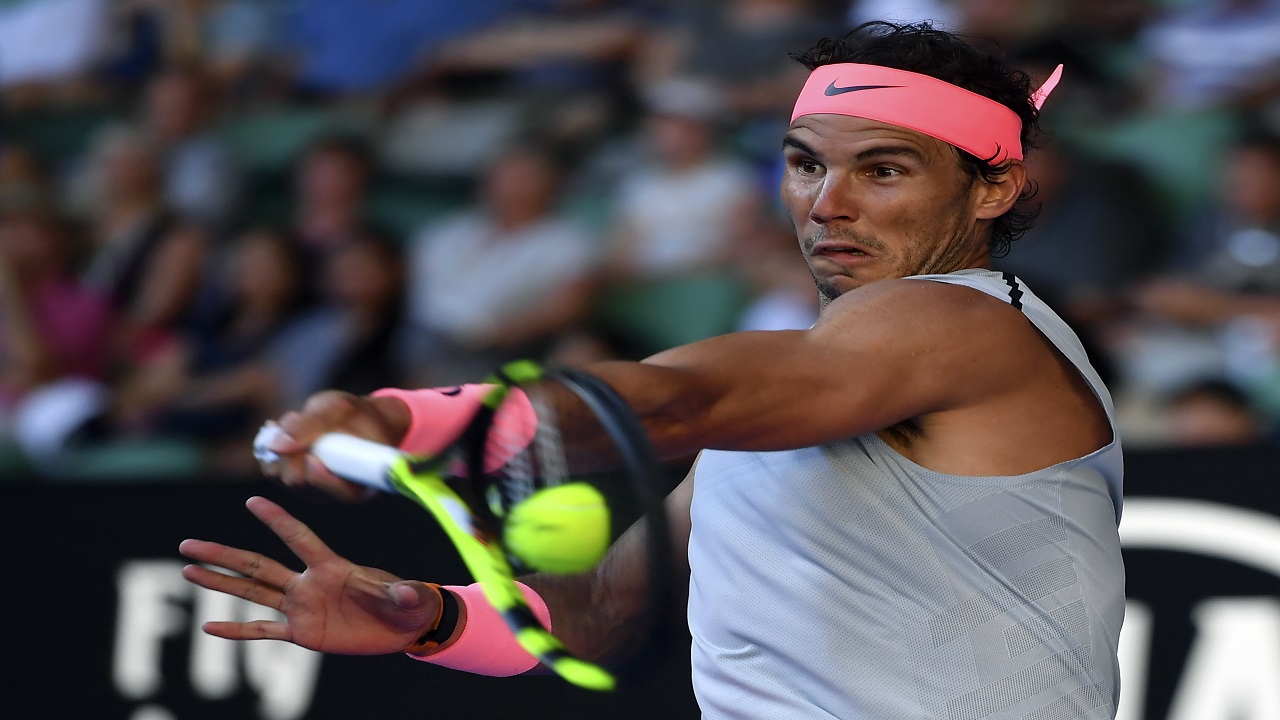 Rafael Nadal had to wait while Caroline Wozniacki saved two match points and worked her way back into the Australian Open in the preceding match on Rod Laver Arena.

Nadal, the 2017 runner-up, wasted no time in reaching the third round, dropping only one service game — while serving for the match — and making just 10 unforced errors in a 6-3, 6-4, 7-6 (4) win over Leonardo Mayer on Wednesday.

"It's an important victory for me, I mean, he's a tough opponent. Leonardo is a player with big potential," said Nadal, who won the French and U.S. Opens last year but had his preparation for Australia delayed because of an injured right knee. "After a while without being on the competition ... second victory in a row, that's very important."

There was more drama earlier on the center court and Margaret Court Arena, when second-seeded Wozniacki and 2008 runner-up Jo-Wilfried Tsonga had to come back from big deficits. 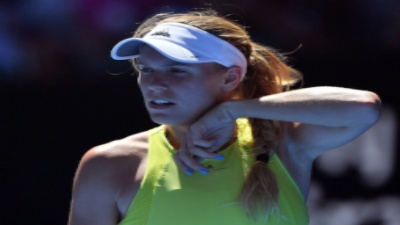 Wozniacki was 5-1 down and facing two match points in third set against No. 119-ranked Jana Fett before deciding she had no choice but to attack.

Wozniacki won the next nine points, and 24 of the 31 points played from when she first faced match point. She clinched a 75-minute third set on her first match point when Fett netted a backhand.

In what shapes as an entertaining showdown, he'll meet No. 17-seeded Nick Kyrgios in the next round.

Kyrgios had a 7-5, 6-4, 7-6 (2) win over Viktor Troicki, overcoming audio problems at Hisense Arena and complaining to chair umpire James Keothavong, who ended up turning off his microphone .

Keothavong's night got slightly worse when Troicki hit an errant backhand return that slammed directly into the chair umpire's head during the tiebreaker. The Serbian player walked, smiling, to the umpire's chair to apologize, while Keothavong joked: "It's not my day, is it?"

Marta Kostyuk came from the other angle. The 15-year-old qualifier followed up her first-round win over 25th-seeded Peng Shuai with a 6-3, 7-5 victory over wild-card entry Olivia Rogowska.

Things will get harder for her now, against fellow Ukrainian and No. 4-seeded Elina Svitolina, who had a 4-6, 6-2, 6-1 win over Katerina Siniakova.

Another Ukrainian, Kateryna Bondarenko, beat No. 15-seeded Anastasia Pavlyuchenkova 6-2, 6-3 and will next play No. 19 Magdalena Rybarikova.

Bencic, who combined with Roger Federer to win the Hopman Cup for Switzerland earlier this month, saved three match points on her serve before netting a backhand to give No. 124th-ranked Kumkhum a spot in the third round for the first time.

"I tried to reset and focus on the next match," Bencic said. "I think it was also a very tough second round, for me the toughest I could get."

Alize Cornet beat No. 12-seeded Julia Goerges 6-4, 6-3, knocking the sixth of eight seeds out of that quarter of the draw. 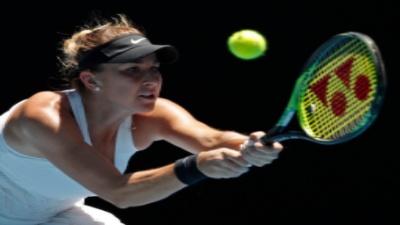 No. 42-ranked Cornet had taken only one set in five previous losses to Goerges, who was on a 15-match winning streak after her opening win at Melbourne Park.

Ryan Harrison beat No. 31 Pablo Cuevas 6-4, 7-6 (5), 6-4 and Kyle Edmund had a straight-sets win over Denis Istomin — who beat then defending-champion Novak Djokovic in the second round here last year.

Sharapova back in Oz, joins Federer, Djokovic in 2nd round