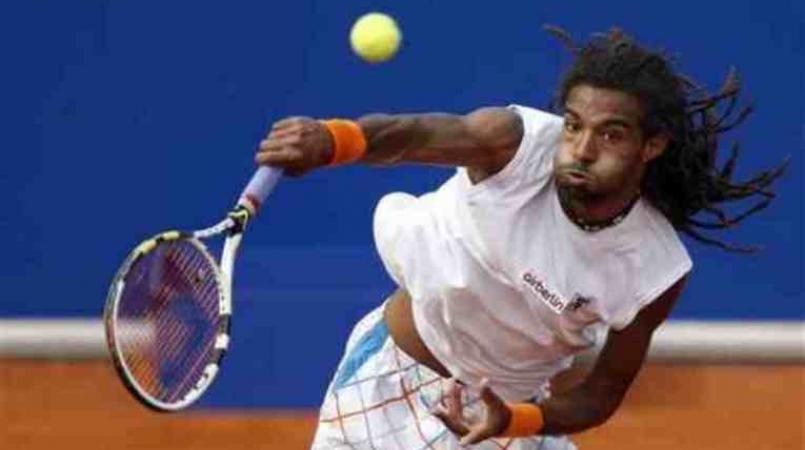 Canadian Raonic rained down aces in a 6-3, 6-4, 6-2 destruction of the Brown, now representing Germany.

Raonic never appeared to get out of second gear against the dreadlocked 32-year-old, breaking once in each of the first two sets and then twice in the third to clinch victory in 93 minutes.

Raonic hit 18 aces, including four on his second serve, and another 20 unreturned deliveries in an impressive opener.

The fastest serve of the tournament, clocked at 235km/h, came from one of those second serves.

Meanwhile, Novak Djokovic and Rafael Nadal were among the big guns who also made serene progress to the second round, but Ivo Karlovic was pushed to the limit by Horacio Zeballos in a remarkable encounter.

Reigning champion Djokovic weathered a second-set storm to triumph 6-1 7-6 (7-4) 6-2 against Fernando Verdasco, who had shocked compatriot Nadal at this stage of the tournament 12 months ago.

Seeded ninth this year, Nadal exorcised those demons by making short work of Florian Mayer, the 2009 champion among the numerous seeded players to record straight-sets victories.

Feliciano Lopez (28) suffered the lonely fate of being the only seeded player to bow out of the men's singles draw on Tuesday, Fabio Fognini his conqueror.

Nick Kyrgios, a polarising figure among the Australian public, is certainly popular with younger fans.

But he added a veritable pensioner - in tennis terms at least - to his collection of followers on Tuesday, as 38-year-old Czech professional Radek Stepanek joined the queue of supporters hunting the mercurial talent's autograph.

RAFA'S BACK - BUT DOES HE MEAN BUSINESS?

On the losing side of an extraordinary 2012 final against Djokovic, which lasted five hours and 53 minutes, Nadal is hugely popular at Melbourne Park but has just one Australian Open title - the 2009 crown - to his name.

Mayer stood no chance on Tuesday against the fit-again Spaniard, who won 6-3 6-4 6-4. It remains to be seen if the 30-year-old has what it takes to match the likes of Murray and Djokovic in the latter stages, should he make it that far.

The big Croatian's 75 aces also blew away the previous high of 51 set in 2005, but the pair remained well short of John Isner and Nicolas Mahut's extraordinary 183 games played at Wimbledon in 2010.

Omar Jasika was crushed by Ferrer, Alex Bolt fell to Yoshihito Nishioka and Blake Mott could not live with Gasquet but the locals still had plenty to shout about on day two, as Jordan Thompson ousted Joao Sousa in five sets. He was joined in the next round by Andrew Whittington, who saw off Adam Pavlasek in four.