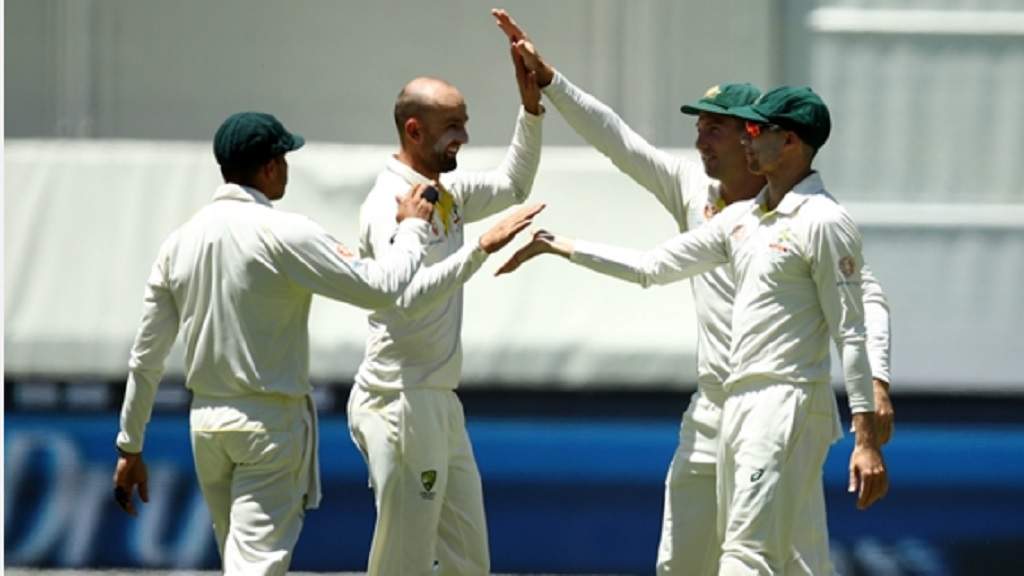 Australia returned to winning ways and stayed alive in the series against India after claiming a comprehensive 146-run victory in the second Test.

Nathan Lyon and Mitchell Starc starred with three wickets apiece in Perth as Australia dominated India to level the four-match series at 1-1 on Tuesday.

India were torn apart on the fifth and final day at Perth Stadium, where the tourists lost 28-5 to be skittled for 140 after an hour of play.

It was Australia's first win in eight Test matches, dating back to their 118-run victory against South Africa in March, to leave the series evenly poised heading into the Boxing Day showdown in Melbourne.

Aside from Virat Kohli's century, Australia were in control against India as they claimed a confidence-boosting triumph, having endured a difficult 2018 following ball-tampering suspensions to star pair Steve Smith and David Warner following the Cape Town scandal.

India – resuming on 112-5 on day five – would have retained the Border-Gavaskar trophy with victory in Perth but Kohli's men were outplayed on a lively wicket.

Australia wasted little time to bowling out India, Starc (3-46) breaking the key partnership between Hanuma Vihari and Rishabh Pant early on Tuesday by removing Vihari for 28 after Marcus Harris took a catch at bat pad.

A superb diving catch from under-pressure batsman Peter Handscomb off the bowling of Lyon (3-39) – who finished with eight wickets in the match – sent Pant (30) back to the pavilion and reduced the visitors to 137-7.

Umesh Yadav (2) followed in the next over when he struggled to cope with a short ball from Starc, who claimed on the caught-and-bowled opportunity.

Australia quick Pat Cummins (2-25) finished the job with quick-fire dismissals of Ishant Sharma and Jasprit Bumrah to cap a devastating morning for the home team.