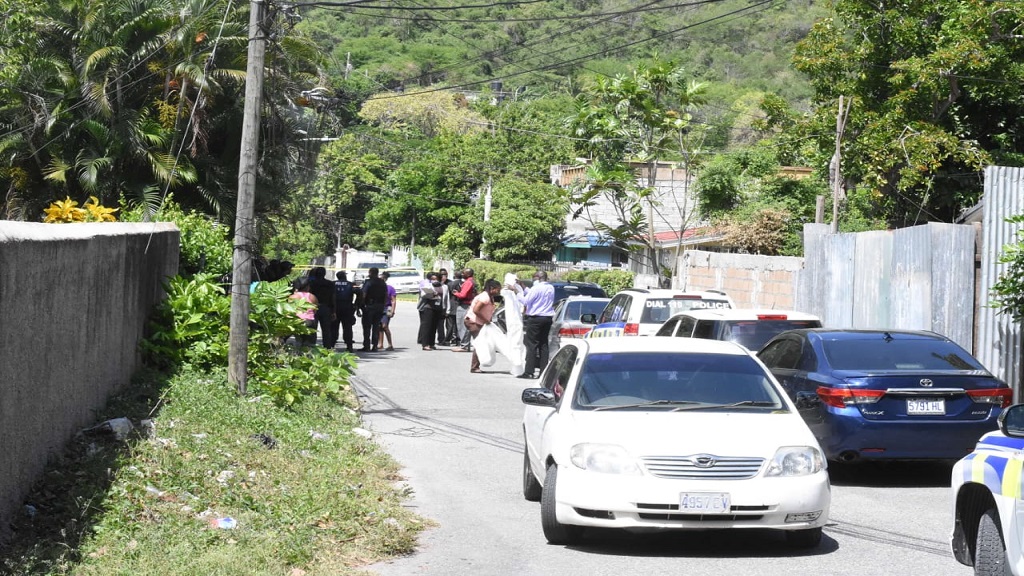 Police at the scene of a fatal shooting in August Town recently.

Gangs will be the target of the security forces as a Zone of Special Operation (ZOSO) has been declared for the violence-plagued community of August Town in eastern St Andrew.

The announcement was made by Prime Minister Andrew Holness on Wednesday morning during a digital press conference from Jamaica House.

Member of Parliament for the area, Fayval Williams, has long called for a ZOSO to combat the longstanding criminal activity in the area.

This is the fourth ZOSO to be declared since 2017 and the second since Greenwich Town was placed under a ZOSO last week to stem gang violence in the area. ZOSOs are also in force in Denham Toown in West Kingston and Mount Salem, St James.

The latest declaration was made under the Law Reform Zones of Special Operations, Special Security and Community Development Act of 2017 and Holness said the goal is restore public order and sustainable peace to August Town.

He told the press conference that “The community of August Town has been assessed as a significant contributor to the level of crime in the St Andrew Central police division and for some time now has been designated a hotspot within this police area”.

The prime minister said that based on the assessment, there is is an urgent need for intervention. This is with a view to combatting the gangs that have contributed to the levels of crime over the years.

More worrying for the security forces is that the criminal activities carried out by the gangs are not confined to the geographical boundaries of the community; other areas are now being negatively affected.

The prime minister noted that in 2016, August Town went an entire year without a single murder being committed there. He also noted that the community has benefitted from several anti-violence and social intervention efforts over the decades.

He pointed to a 2017 study which highlighted the developmental challenges in the community, including the proliferation of guns, unemployment, weak family and parental support and poor community development facilities.

“This, unfortunately is also the case in other communities. Much is required to comprehensively address social ills and to achieve tangible, lasting change,” the prime minister stated.

He expressed that the declaration of a ZOSO will allow the authorities to apply targeted measures to restore public order and sustainable peace and in so doing ensure enduring transformation of the community.