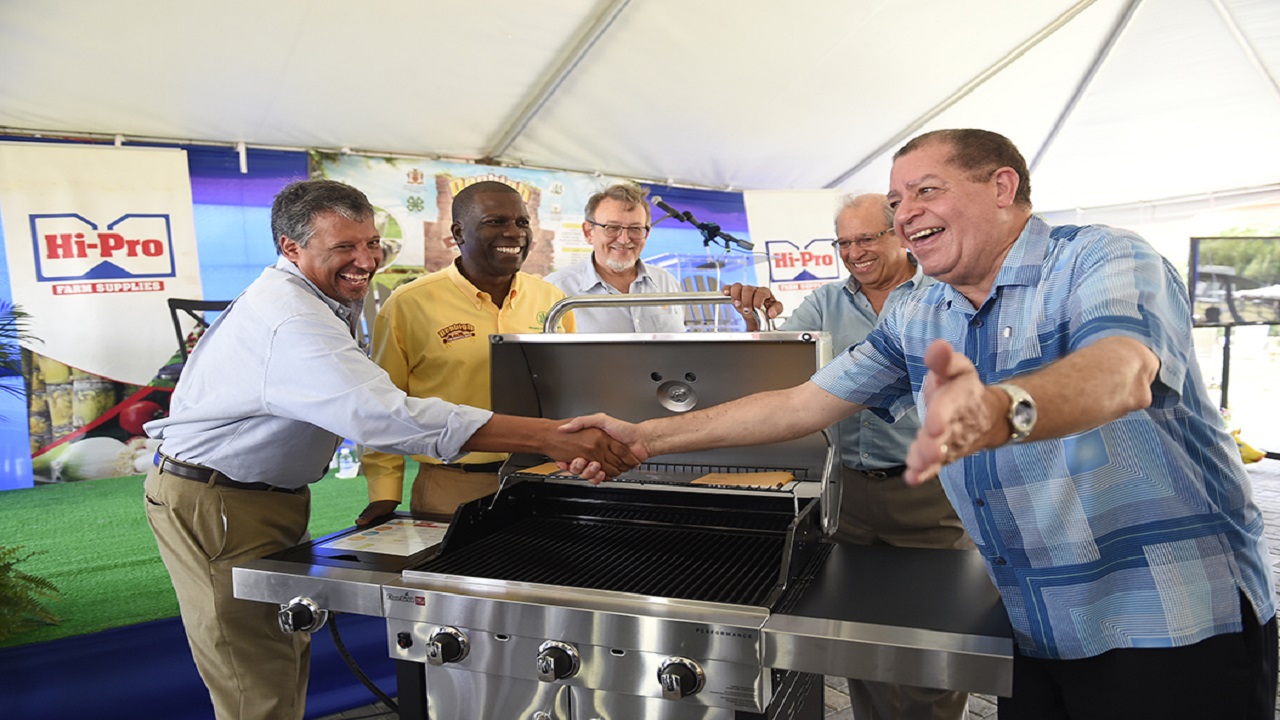 The 66th annual Denbigh Agricultural, Industrial and Food Show was launched on Friday on the lawns of the Hi-Pro Supercentre in White Marl, St Catherine. There, the Audley Shaw, Minister of Industry, Commerce, Agriculture and Fisheries (MICAF) announced his 66th birthday and, to his surprise, Robert Levy, Chairman of the Jamaica Broilers Group, presented him with a brand new barbecue grill in recognition of the occasion.

Minister Shaw spoke to his shift from macro-economic stabilisation to micro-economic mobilisation, and expressed his discontent at the vast amount of land lying idle across the country.

“We have a crisis of idle hands while we have an abundance of idle lands,” he declared, adding that, “What a glorious opportunity we have to merge idle lands with idle hands and build the productivity in our country. We have a lot of work to do.” 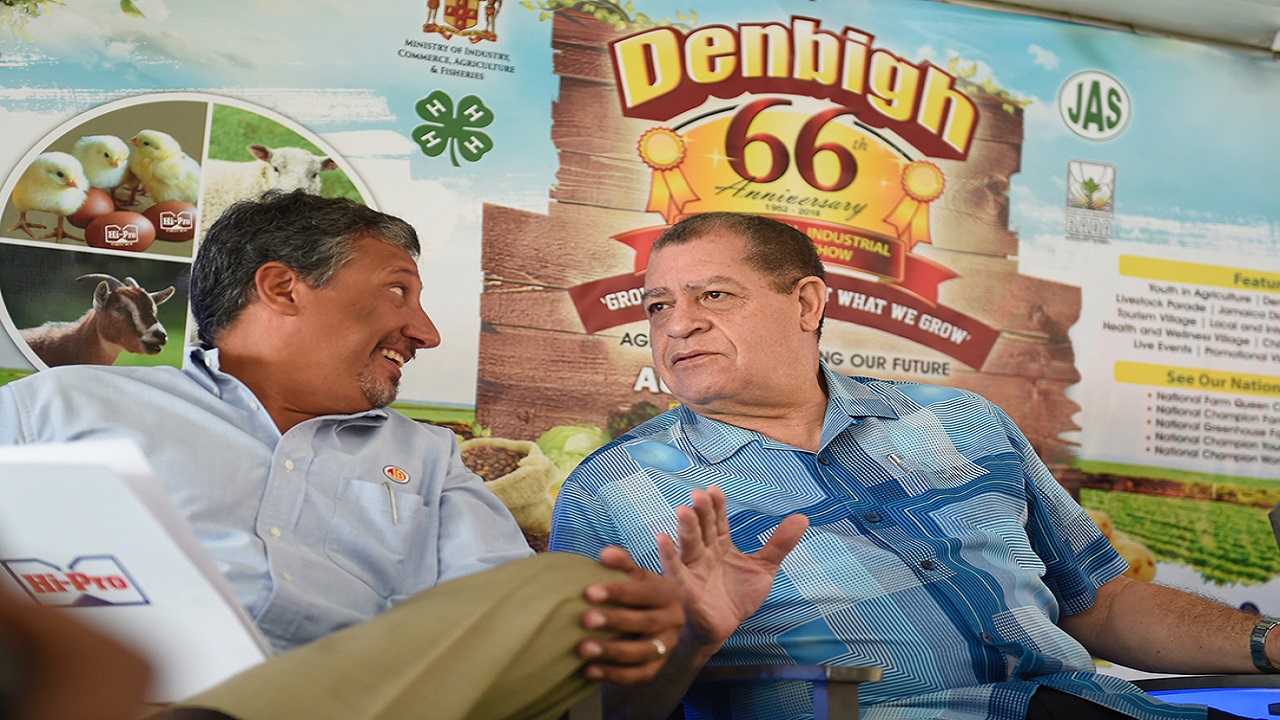 Minister of Industry, Commerce, Agriculture and Fisheries, Audley Shaw (right), has the attention of Christopher Levy, President and CEO, Jamaica Broilers Group, at the launch of Denbigh 2018 on the lawn of Hi-Pro Supercentre at White Marl in St Catherine on Friday.

The Denbigh launch was once again under the banner ‘Grow what we eat; eat what we grow’,  a campaign which Jamaica Agricultural Society (JAS) President, Norman Grant, first raised in 2003, and now credits with saving the Government of Jamaica US$500 million.

The JAS president urged the Government to consider significant increases in the penalties for praedial larceny, and suggested the creation of a Victim Compensation Fund from the fines.

Christopher Levy, President and CEO of the Jamaica Broilers Group, commended Grant and the JAS on the impressively high level of organisation at the 2017 event.

Levy also expressed confidence in the current Government, stating that the Government “understands the importance of agriculture to our national economy and more so to our national development. And I do think that without a doubt we are going to see this industry move forward step by step.”

Levy closed his comments by stating that Jamaica Broilers Group is committed to continued support of the Denbigh Show.

“We will continue to pledge our support to this event, and we look forward to growing the industry together, not just poultry or pigs, or other areas of agriculture, but the development of the people in the industry,” he stated.

Conley Salmon, President of the Jamaica Operations, shared that Jamaica Broilers is celebrating 60 years in operation, having grown from humble beginnings to substantial international presence. He stated that the group of companies was proud to endorse Denbigh for what it is, “a marvelous showcase of products and what the support industries can do.”

Salmon went on to address the topical matter of food security in Jamaica.

“We are under a continuous assault from foreign products. We always need to have a better product presented to our customers,” he said.

In an effort to address this challenge, he encouraged the Minister of Agriculture to develop local industries.

“We have a dynamic dairy industry that produces over 12 million litres which we support with feeds and other products. The fact that a small backyard farmer can produce chicken meat for about a $100 a pound, which is equal to, if better than, the imported retail price of chicken neck and back, that is one of the reasons why we’ve seen imports reduced, as these imports are under pressure from improved local productivity. We’re proud of that,” Salmon said.