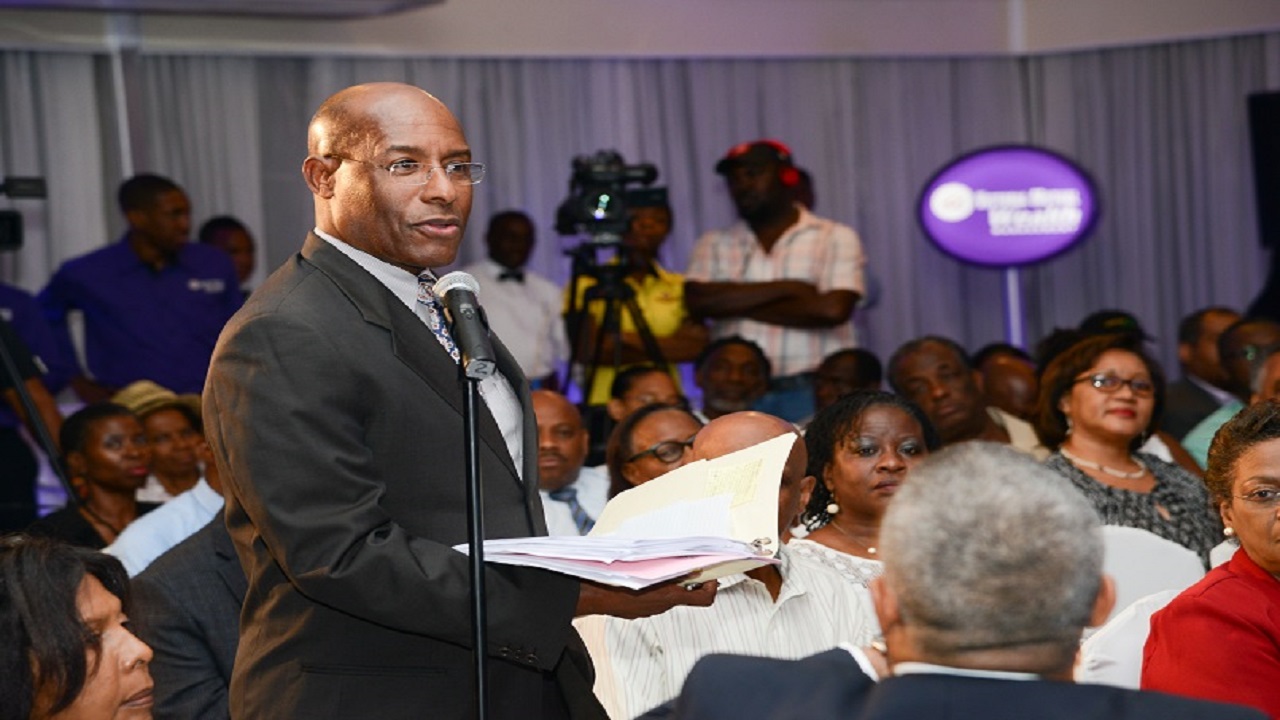 The “scandal list” of the Opposition People’s National Party (PNP) “reads like a business plan for a mafia organsation”.

That’s according to Government Senator Aubyn Hill. He made the charge during Friday’s sitting of the Senate during which he hit back at what he called the constant attacks on the governing Jamaica Labour Party (JLP) about corruption, by members of the PNP.

Hill used his contribution to the State of the Nation Debate to launch what could be described as a verbal onslaught on the PNP. This perhaps signals the approach that will be taken by the governing party in its attempt to blunt the predictable attacks that will come from the PNP as it rakes the JLP over the coals on corruption matters.

On Friday, Hill told the Upper House that the PNP has been called the “most corrupted political party in the Caribbean”.

Framing his speech in the context of ‘corruption and hypocrisy’, Hill proceeded to outline a long list of so-called scandals that dogged the PNP during its time in office. Hill referred to it as a “shortened list”.

That matter is now before the UK-based Privy Council.

Speaking specifically to the leadership of the PNP, Hill said: “Corruption is now a cultural problem in Jamaica and you were the government that has led that culture and the country for 23 of 27 years until 2016, so stop pretending as if corruption started on February 25th, 2016 when Andrew Holness and the Jamaica Labour Party came to power”.

Hill asserted that this is why many well thinking Jamaicans see the PNP as hypocrites.

Hill asserted that many of the current leadership sat in various PNP cabinets over more than two decades when the “egregious acts of malfeasance were being covered up, under shamelessly crafted excuses, denials or worse”.

And Hill was scathing in his criticism of former Prime Minister PJ Patterson who was the head of government for 14 of those 27 years. He pointed to Patterson’s “I shall return”, quote during the 1991 Shell waiver scandal when he was Finance and Planning Minister. He described it as a “bastardization” of the famous quote that was uttered by the revered United States General, Douglas McArthur, during World War Two.

Hill was also highly critical of former cabinet minister Phillip Paulwell who was linked to several scandals during the PNP’s time in office.

Regarding the NetServ scandal, which reportedly cost taxpayers $200 million, Hill said that “Instead of holding the minister responsible, the infamous Phillip Paulwell, Patterson once again registered himself in infamy when he exonerated Paulwell with another now famous expression”.

“That famous lawyer of a prime minister (Patterson) did not seek to find the truth by requiring evidence, or finding its absence of the allegations, but chose instead to close the corruption matter with an off the cuff remark...’youthful exuberance’”. This, according to Hill, “has become a euphemism in our language and culture for corruption”.

Hill was interrupted on two occasions by Opposition Senator KD Knight; once when he spoke about the Trafigura matter and again when he suggested that Paulwell, as minister, got away scot-free in relation to the Cuban lightbulb scandal while his junior minister Kern Spencer was charged and brought before the court but ultimately acquitted. Knight reminded that the Trafigura matter was still before the courts and he stated that there was never any question of Paulwell, who he said testified against Spencer in the Cuban lightbulb matter, being accused of wrongdoing.

Senator Hill suggested that prominent persons in the society and sections of the media were willing to give the PNP a pass as it relates to corruption. As far as he is concerned, he said there should be no pass and no "‘bly’ for the PNP when they are privileged to (have) rule(d) Jamaica for 23 out of 27 years. Absolutely no pass”.

The government senator is adamant that an opposition party must be held to account for its past misdeeds while it was in government, otherwise current and future governments would not be held accountable for their actions. Hill said he was seeking no pass for the JLP Administration which has itself been hobbled by several corruption scandals which have seen the fall from grace of two cabinet ministers. The former Minister of Education, Ruel Reid, is before the court on corruption and fraud charges while former Energy Minister Dr Andrew Wheatley resigned at the height of the Petrojam scandal.

Senator Hill interspersed his speech with Bible verses which he noted warn against hypocrisy. He quoted from Matthew 23:14 in which Jesus warned as follows: “Woe unto you scribes and pharisees, hypocrites…”

“Practicing hypocrisy is not a good thing,” Hill said.