Atletico says Diego Costa will go back to Spain from Chelsea 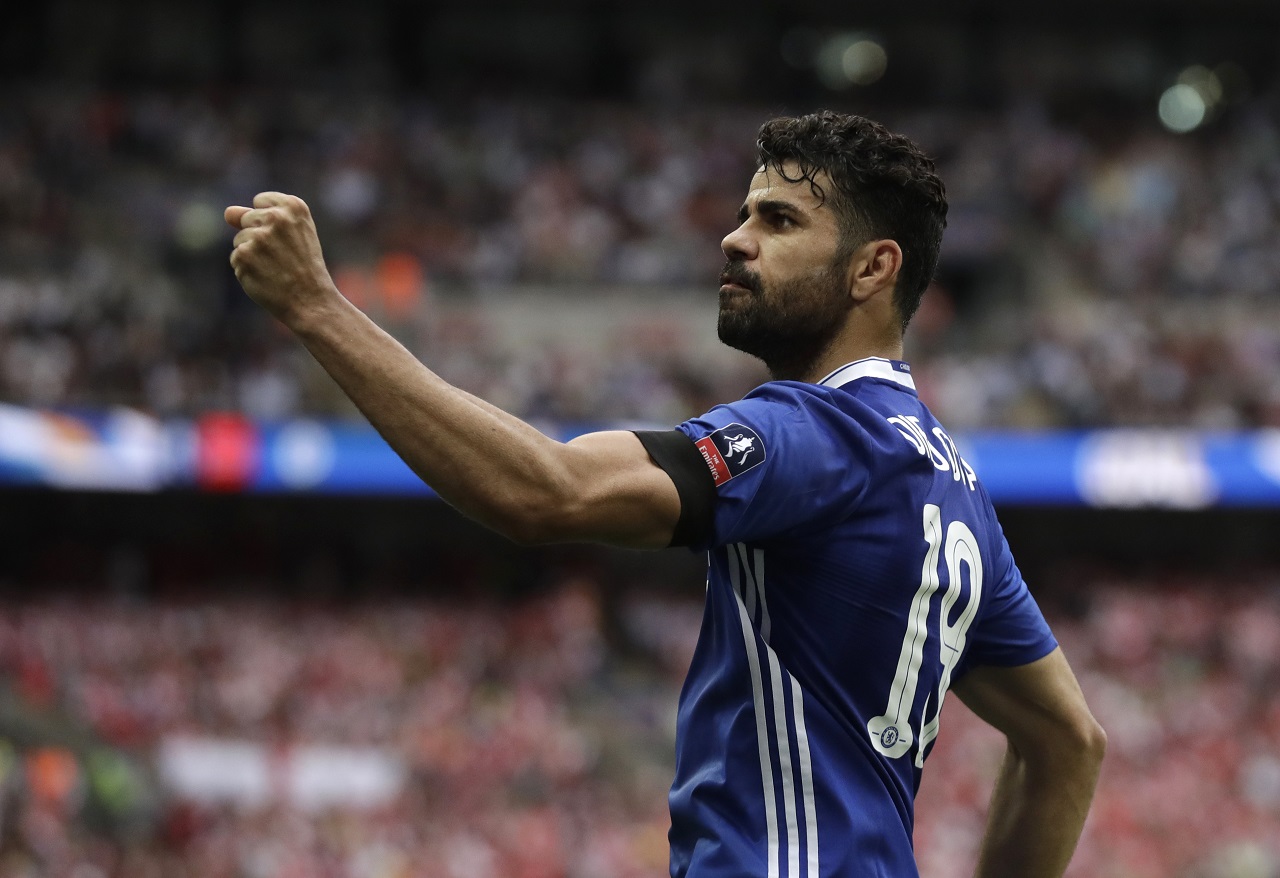 In this Saturday, May 27, 2017 file photo, Chelsea's Diego Costa celebrates scoring his team's equalizer during their English FA Cup final football match against Arsenal at the Wembley stadium in London.

Atletico and Chelsea announced on Thursday they have reached an agreement for the transfer of the Brazilian-born striker to the Spanish club.

Atletico said Chelsea gave the Spain international permission to travel to Madrid in the coming days to take his medical and finalize the contract with his former club.

The English team said it reached a deal with Atletico but the transfer was pending the medical and an "agreement of personal terms" between the player and Spanish club.

Costa will be allowed to play for Atletico only from January, when the club's FIFA-imposed ban on registering new players ends.

He is expected to be at the team's Wanda Metropolitano Stadium on Saturday, when Atletico hosts Sevilla in the Spanish league.

Costa joined Chelsea from Atletico in July 2014 for 32 million pounds ($41.2 million at the time) on a five-year deal. He helped the club win two Premier League titles in three years, scoring 59 goals in 120 appearances in all competitions.

But he was at odds with manager Antonio Conte, who reportedly told him in a text message that he was not in the team's plans this season. Costa publicly criticized Conte and immediately talked about his desire to return to Atletico, the team which he first joined in 2007.

The 28-year-old striker played for Atletico in several stints, and more permanently from 2012 until moving to Chelsea. He helped Atletico win the Spanish league and reach the Champions League final in 2014.

"I'm proud of the club's efforts to bring a player who is among the top three strikers in the world," Atletico's Brazilian left back, Filipe Luis, said. "He made history and was a champion wherever he played. He comes to be a winner and we will all be better with him in the team. I'm happy that my friend is back."

Costa can't play for Atletico now because the club was banned by FIFA from registering new players until 2018, for having broken rules regarding the transfer of underage players.

The club can sign new players but they can't play until the end of the ban. Atletico recently signed Spain forward Victor "Vitolo" Machin but he is on a loan with Las Palmas until January.

Costa initially said the transfer to Atletico was complicated because of the ban, which would keep him from playing and could affect his chances of making Spain ahead of next year's World Cup in Russia.

He hasn't played a professional match since the disagreement with Conte in the offseason, and was reportedly spending time with his family in Brazil until his future was decided.