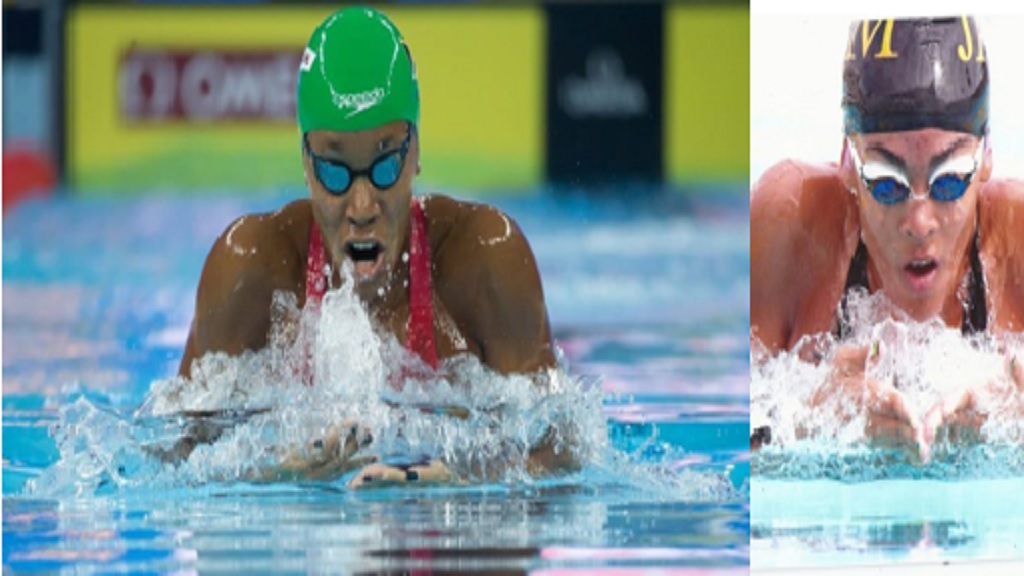 In the B final of the 100m breaststroke, Atkinson was the first to the 50m with a split of 32.36. She also had the fastest closing 50m of 36.19 to win easily by over a second in a time of 1:08.55. That performance would have placed her fifth in the championship final.

Atkinson representing South Florida Aquatics bettered the Pan American Games  'A' standard time of 1:11.11 and was under the World Championships 'B' standard of 1:09.79.

Competing in the C final, Roman recorded a season-best and the second fastest time of her career when she stopped the clock at 1:13.32 (split time 34.71).  With that effort she finished third in the C final. She was again under the Pan American Games qualifying 'B' time of 1:15.38 and is getting closer to the A standard time of 1:11.11.

Both Atkinson and Roman were members of the 2015 Pan American Games 400m medley relay team that set the current national mark of 4:14.58,  where Atkinson swam the breaststroke leg and Roman anchored with freestyle.