Ashley Judd says a 'deal' helped her flee from Weinstein 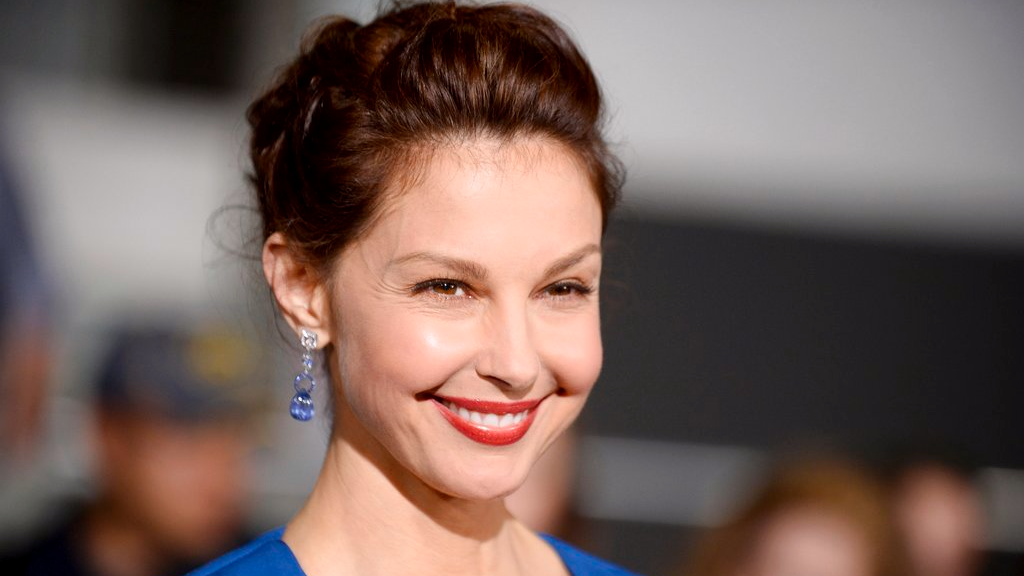 Actress Ashley Judd described disgraced film mogul Harvey Weinstein's sexual advances toward her, which she said she escaped by making a deal.

She was a rising young actress two decades ago who had arrived at the hotel suite of this powerful film mogul for what she thought would be a business meeting.

It wasn't, she said in her first on-camera recounting of the incident, which aired Thursday on "Good Morning America." Judd's account of the incident three weeks ago in The New York Times was a key factor in Weinstein's downfall, and opened the door to an avalanche of harassment allegations against Weinstein and others and a broader cultural discussion of how women are treated in the workplace and beyond.

NBC suspended Mark Halperin on Thursday after CNN reported on the claims of five women who said the political journalist harassed them while he was an ABC News executive. Halperin, who co-authored the best-seller "Game Change," apologized Wednesday for what he called inappropriate behavior. And former Fox News host and best-selling author Bill O'Reilly, who was forced out of the network in April after sexual harassment allegations, saw his literary agency cut ties with him.

Fallout continues to Weinstein and the film production company he co-founded. The Lexus luxury vehicle brand said Thursday it was ending its partnership with The Weinstein Co., which included sponsorship and product placement in company's "Project Runway" television show.

Weinstein has been fired from the company he co-founded with his brother and is now facing criminal investigations in London, New York and Los Angeles.

ABC is spreading its interview with Judd throughout its programming Thursday, with segments expected to air during its nightly newscast and its "Nightline" late-night show.

In the "GMA" interview, Judd said the business meeting in Weinstein's hotel room turned into a negotiation not about work, but about things the producer wanted the actress to do to him.

Weinstein first offered to give her a massage, then, when she demurred, asked her to give him one, she said.

"I fought with this volley of no's," she said.

Then she made a "deal." She said she agreed to submit to him, but only "when I win an Oscar in one of your movies — OK?"

"When you get NOMINATED," Weinstein counter-offered.

Judd said she remains of two minds about how she handled the shocking situation.

"Am I proud of that? The part that shames myself says, 'No.' The part of me that understands the way shame works says, 'That was absolutely brilliant. Good job, kid, you got out of there. Well done!'"

Judd said a couple of years after the hotel encounter she was seated across from Weinstein at a dinner. She said he brought up "that little agreement we made," and claimed he was "looking around for the material."

Then he looked at her and said, "You know, Ashley, I'm going to let you out of that little agreement that we made."

"And he has spat my name at me ever since."