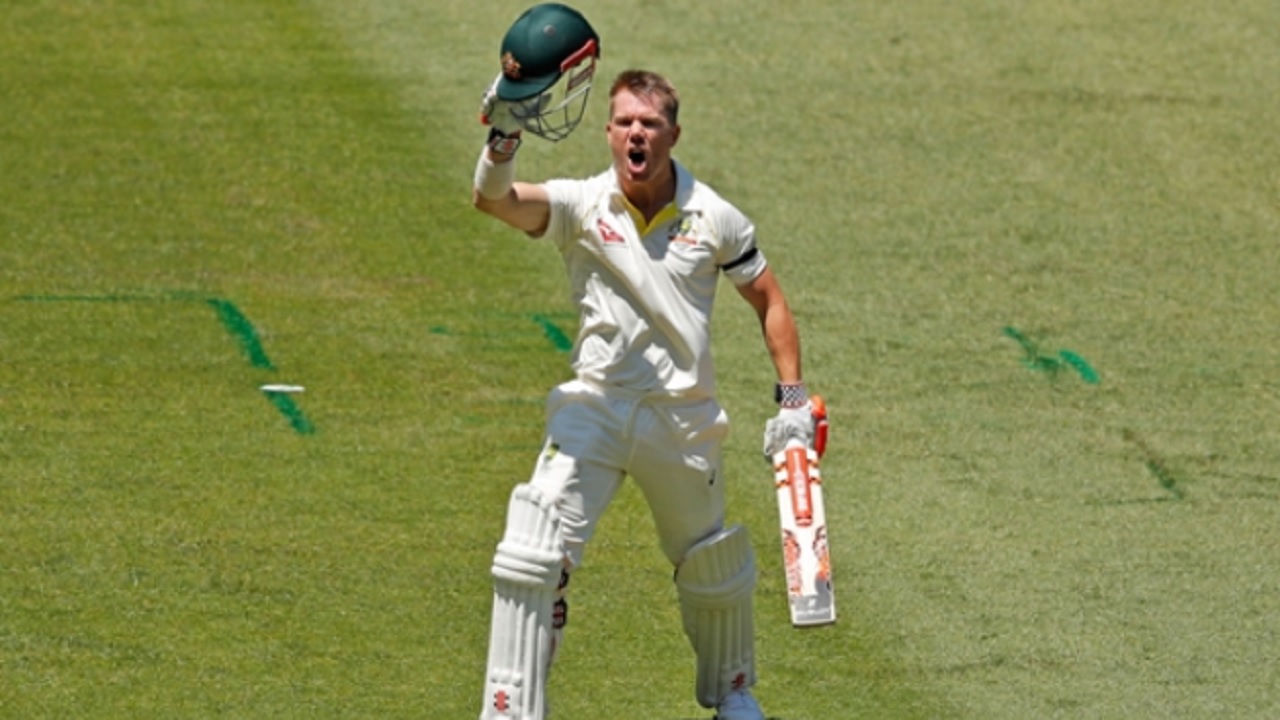 A David Warner century helped Australia make a solid start to the fourth Ashes Test against England on Tuesday.

Warner (103) posted his 21st Test century, albeit with some luck, as the hosts reached 244-3 at stumps on day one after winning the toss on Boxing Day.

The opener was dismissed on 99 by England debutant Tom Curran (0-44), but replays showed the seamer over-stepped, much to the delight of the majority of the almost 90,000 fans in attendance.

Warner helped Australia take control in the first session on a flat MCG pitch, only for the tourists – who have already lost the urn – to fight back.

However, the in-form Steve Smith – battling a sore hand – looked in fine touch again and was unbeaten on 65 at stumps alongside Shaun Marsh (31 not out).

Smith elected to bat after winning the toss for the first time this Ashes series, perhaps at the ideal time, as Warner helped the hosts make a flying start.

There was little assistance for the bowlers early on, although Cameron Bancroft (26) struggled to find any fluency.

The opening pair put on 102 in the first session, with 83 of those coming via Warner.

Bancroft was lbw to Woakes in the second session as England started to slow Australia down, Warner battling through the nineties.

It appeared he would be denied a century as he skied Curran and was caught at mid-on, sparking huge celebrations for England and the debutant.

However, Warner was called back due to a no-ball, and duly flicked the next delivery off his hip to bring up his ton.

He was gone for 103 after edging Anderson through to Jonny Bairstow, as Australia managed just 43 runs in the second session.

Of the previous six times Warner has made a century at home in the first innings, Australia's lowest score was 517-7 declared, an ominous sign for England.

Broad picked up his first wicket since the second Test by getting Usman Khawaja, who was caught behind for a scratchy 17 after tea.

Suddenly, England's bowlers appeared to be getting more out of the wicket and Broad was energetic, striking Marsh on the pads with his next two deliveries, the first reviewed for lbw but narrowly failing.

However, Smith was in complete control - as he has been for almost all of the series - and Marsh soon settled, with Joe Root waiting until the 86th over to take the second new ball as Australia reached stumps without a further setback.