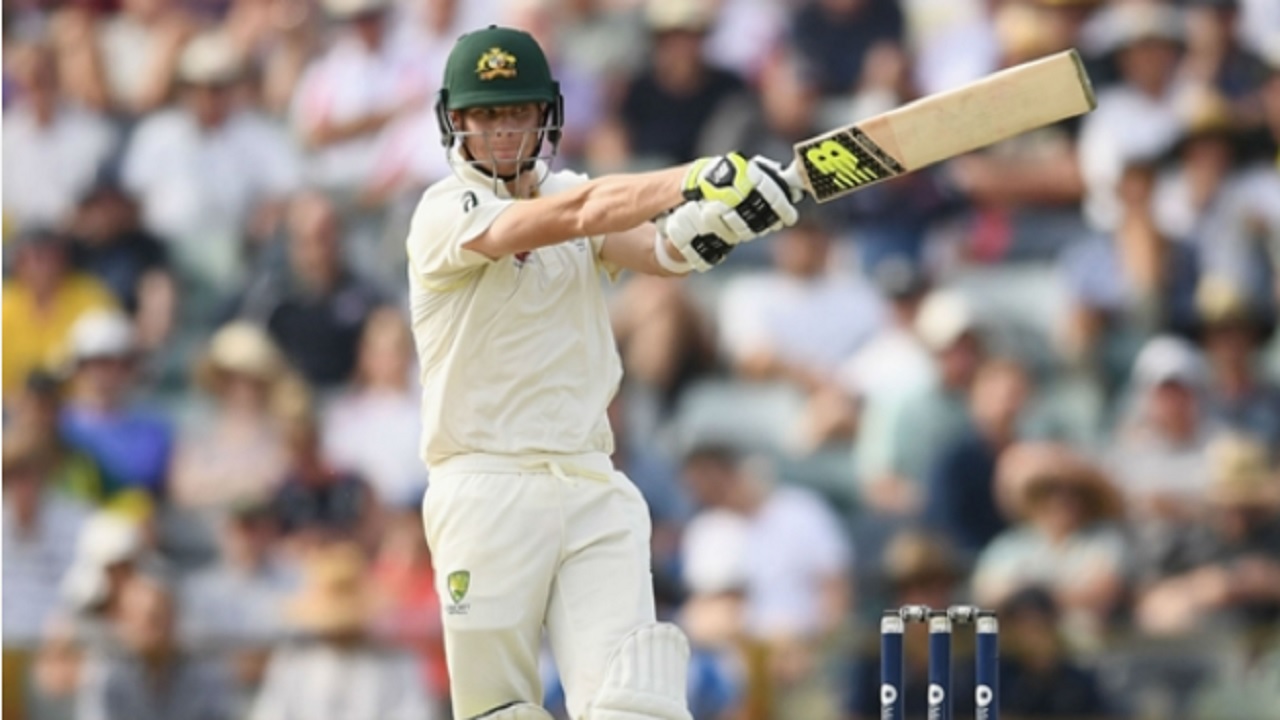 Another faultless display from Steve Smith led the way for Australia as the hosts fought back strongly against England on the second day of the third Ashes Test in Perth.

The home captain reached stumps 92 not out, approaching a 22nd Test hundred and a second in the series as Australia closed on 203-3 at the WACA, 200 behind.

The tourists, having resumed on 305-4, made serene progress to 368-4 as Jonny Bairstow joined Dawid Malan in making a century - his first in Ashes cricket.

But Malan's departure for 140 triggered a familiar England collapse as the last six wickets fell for 35, Mitchell Starc (4-91) and Josh Hazlewood (3-92) doing much of the damage to hustle the visitors out for 403.

Craig Overton, who later went off the field nursing a worrying side injury, removed both Australia openers but England had no answer to Smith, who scored rapidly all around the wicket.

He shared a third-wicket stand of 124 with Usman Khawaja, who was missed on 0 and 28 and unlike his partner struggled badly for fluency before being dismissed lbw by Chris Woakes immediately after reaching fifty.

A watchful opening saw England play out four successive maidens, during which Australia wasted their remaining review on Malan before Bairstow brought up three figures with a single down to fine leg - celebrated with a gentle headbutt of his helmet.

But just as it seemed the tourists were set for a mammoth total, the collapse began as Malan came down the wicket to Nathan Lyon (1-73) and spooned to point where substitute Peter Handscomb took a fine diving catch.

Moeen Ali's struggles continued when he edged Pat Cummins (2-84) to slip for a duck three balls later and Woakes (8) glanced a catch down to deep fine leg off Hazlewood.

Bairstow (119) fell in the next over, losing his middle stump in trying to work Starc to leg and the tail offered little resistance - although Stuart Broad did club Hazlewood over square leg for a maximum that took his team beyond 400.

Australia's openers looked untroubled against the new ball but the introduction of Overton brought the breakthrough as David Warner edged behind for 22.

Overton just failed to hold on to a tough return chance from Khawaja in the same over but he was celebrating soon afterwards as England successfully reviewed an lbw decision against Cameron Bancroft (25).

Smith showed his positive intent by hooking a Broad bouncer for six after tea although his partner looked less assured when Joe Root failed to pick up a flashing edge through the slips off Woakes.

A glorious cover drive in Woakes' next over brought up Smith's fifty - from just 58 balls - and the milestones kept coming as the hundred partnership and Khawaja's half century arrived without alarm for the hosts.

But Khawaja's patient vigil was ended from his next delivery as Woakes trapped him in front with one that was umpire's call on both impact and height.

England were just unable to claim another much-needed boost 10 minutes from the close when Shaun Marsh glanced Moeen onto Mark Stoneman's boot at short leg, he and Bairstow seemingly getting in each other's way in attempting to claim the catch.

THE ASHES: Malan and Bairstow shine as England prosper in Perth