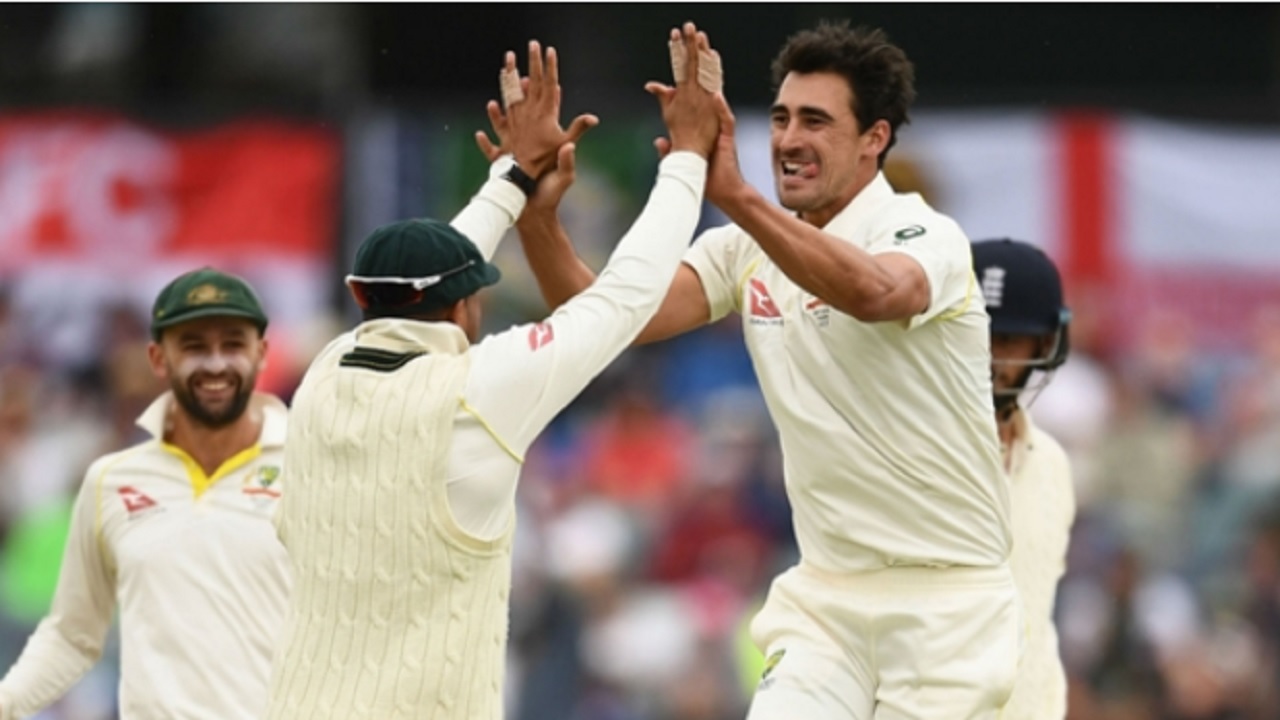 Inclement weather held up Australia's surge towards a decisive victory in the third Ashes Test in Perth as England felt the urn slip further away.

The tourists were 132-4, still 127 behind, when heavy rain showers brought a premature end to proceedings at the WACA on Sunday's fourth and penultimate day.

Australia had resumed on 549-4 with Steve Smith and Mitchell Marsh enjoying a stand of 301, which was not added to as Marsh fell in the first over to James Anderson, who returned respectable figures of 4-116 as all five of England's main bowlers went for more than 100 runs.

Stuart Broad's 0-142 were the worst figures of his career as Australia declared 662-9, Tim Paine (49 not out) and Pat Cummins (41) prolonging the agony for the visitors after Smith only added 10 to his overnight score to depart for 239.

In response, England lost Mark Stoneman, Alastair Cook and Joe Root cheaply and although James Vince made an attractive fifty he was undone by an unplayable Mitchell Starc delivery.

Dawid Malan (28no) and Jonny Bairstow (14no) will resume on Monday hoping for a repeat of their first-innings stand of 237 - or perhaps a good deal of the rain that is forecast - if England are to escape with a draw to keep the series alive.

Having toiled for 77 wicketless overs on Saturday, England needed just two balls for a breakthrough in the morning as Anderson trapped Marsh in front.

He removed Smith in similar fashion soon afterwards - overturning the on-field not-out decision on review - and another lbw shout at the end of the same over caused confusion between Paine and Starc, who was left stranded as Vince completed the simplest of run outs.

Paine successfully reviewed an lbw call as Anderson continued to threaten the stumps and Cummins proved a thorn in England's side once more, sweeping Moeen Ali for four and six off consecutive balls as the hosts approached 650.

Anderson returned after lunch to pin Cummins in front and England's leading wicket-taker moved to within one of fifth-placed Courtney Walsh on the all-time list as Nathan Lyon spooned a catch to mid-on, prompting Smith's declaration.

Stoneman had been shaken up by Josh Hazlewood in the first innings and he fell to the same bowler for just three second time round, edging behind.

Hazlewood then pulled off a superb return catch, one-handed to his right just above the turf, to dismiss Cook (14) and when Root (14) drove loosely at Lyon's first ball, edging a wide delivery to Smith at slip via the gloves of Paine, England were staring at the prospect of defeat inside four days.

Vince (55) played with characteristic fluency, reaching fifty off 82 balls with 11 fours, before coming unstuck to a magic ball from Starc that angled into towards leg stump, hit a crack and uprooted the off peg before the rain came to give England a vestige of hope.

THE ASHES: Smith and Marsh put England to the sword