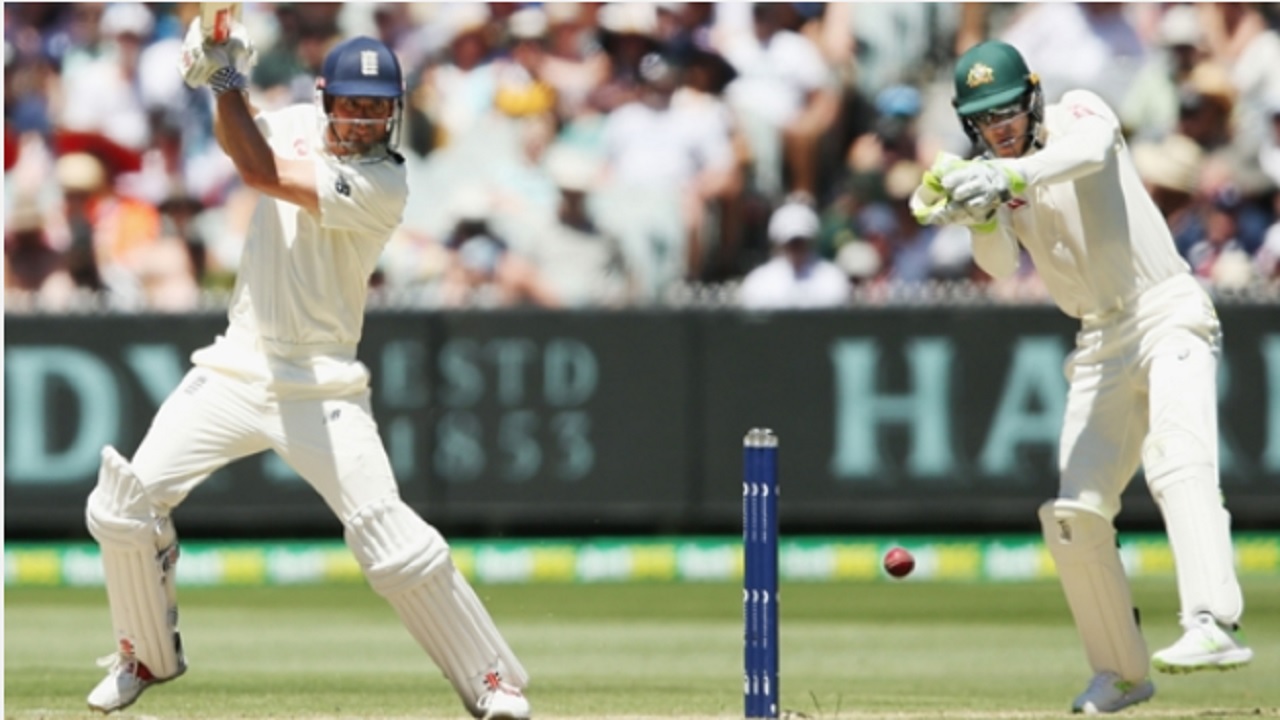 Alastair Cook found some much-needed form as England dominated day two of the fourth Ashes Test against Australia in Melbourne.

Cook, under fire after struggling as the tourists fell 3-0 behind in the series to give up the urn, brought up his 32nd Test century, finishing unbeaten on 104 at stumps at the MCG on Wednesday.

The left-handed opener and Joe Root (49 not out) put on an unbroken 112-run partnership as England finished the day on 192-2 in response to Australia's 327.

It came after Australia failed to capitalise on a strong opening day, losing 67-7 to end their innings as Stuart Broad (4-51) also rediscovered him form for England.

Adding to the hosts' worries, Pat Cummins (0-39) battled an upset stomach, unable to bowl with his usual pace and energy.

Steve Smith also dropped Cook on 66 with a chance the Australia captain would have expected to take.

Resuming at 244-3, Australia looked capable of a huge first-innings total, only to collapse as their opponents have throughout the series.

England debutant Tom Curran (1-65) – so unfortunate not to have his maiden Test scalp a day earlier when he thought he removed David Warner but was called for a no-ball – took the big wicket of Smith on a dry and flat pitch.

Cook and Mark Stoneman (15) made a fine start in response, only for the latter to fall to Nathan Lyon (1-44), who took a wonderful one-handed return catch.

James Vince (17) was the next to go, lbw to Josh Hazlewood (1-39), deciding against reviewing despite replays showing he appeared to get an inside edge on the delivery.

That brought Root to the crease before Cook was given a huge life by Smith at slip.

On 66, Cook edged Mitchell Marsh (0-17) to slip with Paine standing up to the stumps, but the Australia captain was unable to hold onto the catch despite two attempts.

Smith would offer Cook another gift before the close, opting to bowl the final over of the day as the latter belted a full toss and short ball for fours to bring up his century, to a rousing reception from the stands, on a superb day for England.