THE ASHES: Centurion Smith and Hazlewood put Australia on top 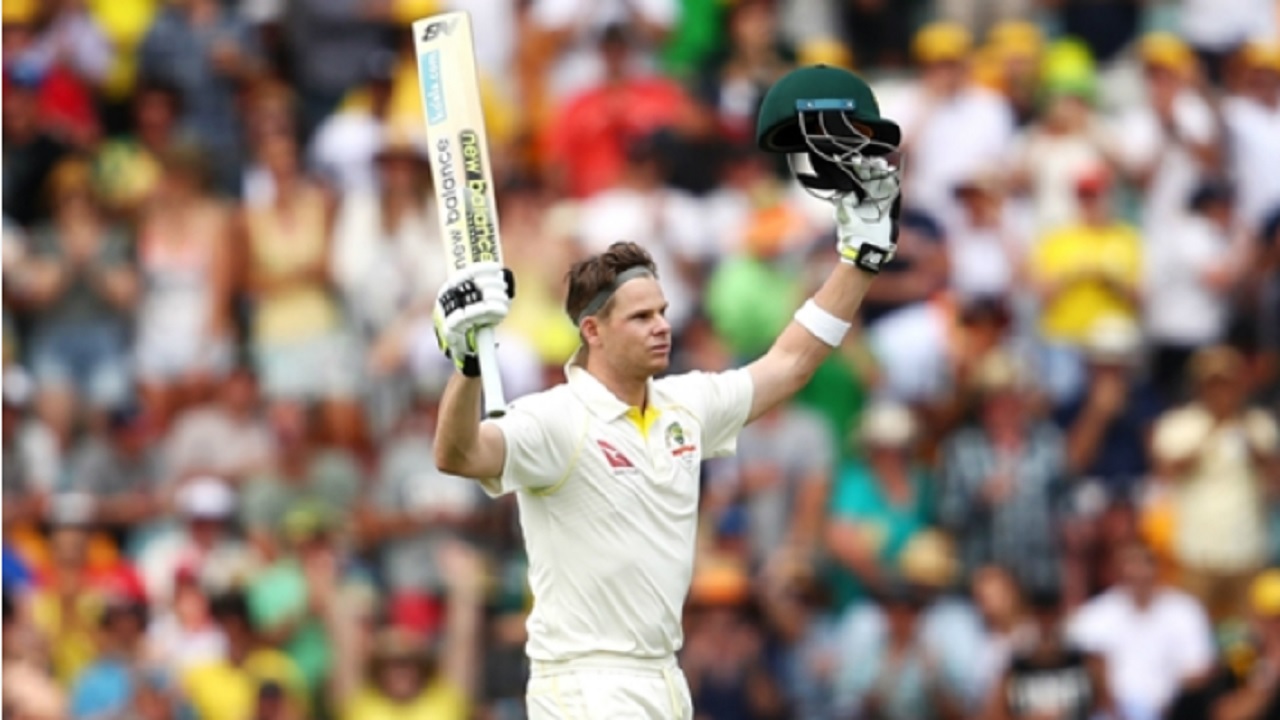 Australia are on top in the opening Test of the Ashes series after an inspirational century from captain Steve Smith and two Josh Hazlewood wickets put England in trouble on day three.

A calming and steadying influence on Friday, Smith produced a masterclass of patience and resilience when Australia needed it most as he posted his 21st Test hundred at the Gabba on Saturday.

Smith – who survived a barrage of short balls – finished unbeaten on 141 as Australia recovered from 209-7 to 328 all out, taking a 26-run advantage.

Australia maintained the momentum thanks to paceman Hazlewood (2-11), who dismissed Alastair Cook (7) and James Vince (2) with the new ball.

Hazlewood extended Cook's poor form when the experienced opener – who mustered only two runs in the first innings – picked out Mitchell Starc with a poor hook and Vince edged his sixth ball to Smith at slip.

Starc (0-14) showed no mercy at the other end, Joe Root (5 not out) receiving a nasty blow to the helmet which required new headwear, but the England captain and opener Mark Stoneman (19 not out) saw the tourists to a seven-run lead on 33-2 at the close on a day in which James Anderson appeared be struggling with a side injury.

It was all about Smith and his timely hundred on another warm and sunny day in Brisbane after England dominated early on.

Three wickets before lunch left Smith and the Australians struggling on 213-7 at lunch following the dismissals of Shaun Marsh (51), Tim Paine (13) and Starc (6).

A shock selection for the Ashes, veteran Marsh brought up his eighth Test fifty amid Glenn Maxwell's stunning 278-run knock for Victoria in the Sheffield Shield.

He was unable to push on as a 99-partnership between Marsh and Smith finally ended when Stuart Broad (3-49) enticed the drive and the former took the bait, hitting a mistimed shot straight to Anderson.

Playing his first Test since 2010, wicketkeeper Paine did little to silence his doubters, succumbing to Anderson (2-50) within four deliveries of the new ball, edging a nipping out-swinger behind.

That brought Starc to the middle and he made a statement by smashing Broad for six, but the paceman had the last laugh two balls later with a stunning caught-and-bowled effort.

With Australia's hopes resting on Smith's shoulders, the captain dug deep and withstood an England onslaught led by Broad, Anderson and Jake Ball (1-77) on a quickening pitch.

Starved of runs in the day's first session, Smith thwarted England with support from Pat Cummins (42).

Cummins kept the runs ticking over and Smith on strike as he watched the crowd stand up and applaud the Australia skipper, who executed a lovely drive off Broad and raised his bat in a passionate celebration directed at his team-mates.

Chris Woakes (1-67) broke Cummins' stubborn resistance, drawing an edge in the only wicket to fall in the middle session before tea.

Hazlewood then struck twice to put Australia on top and leave England with work to do on day four.

THE ASHES: Smith, Marsh lead revival as Australia fight back

THE ASHES: Australia fight back on tight first day in Brisbane