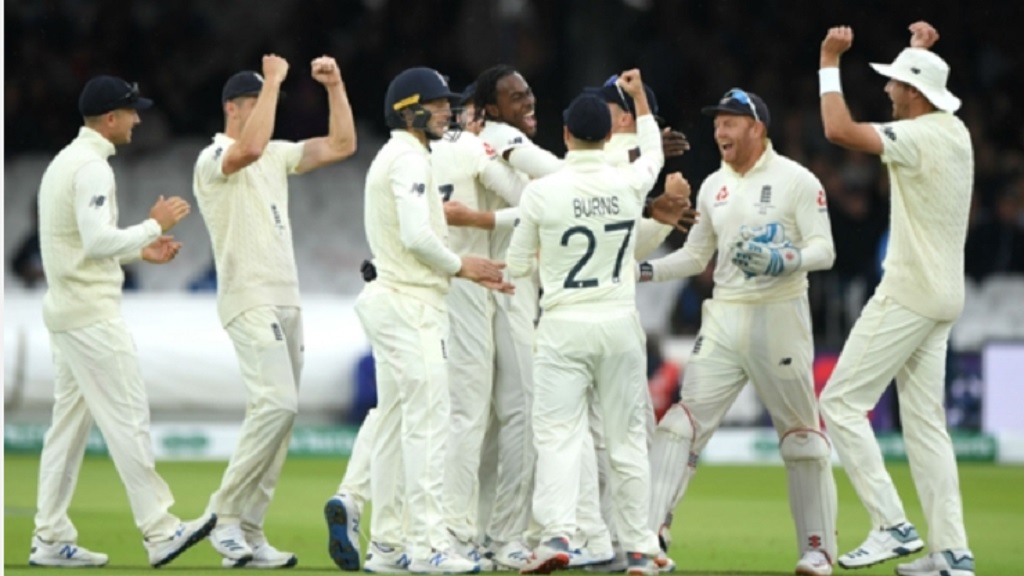 No further play was possible due to rain after England hit back by taking three wickets in the morning session on day three of the second Ashes Test at Lord's.

England went out under grey London skies on Friday needing to make inroads with Australia, 1-0 up after their victory at Edgbaston last week, 30-1 in reply to 258.

Cameron Bancroft became debutant Jofra Archer's first Test victim before Chris Woakes got rid of Usman Khawaja (36) and Stuart Broad (2-26) saw the back of Travis Head as three wickets tumbled for only 11 runs.

England failed to claim the prized scalp of former captain Steve Smith, but Australia were 80-4 - trailing by 178 - at lunch and poor weather prevented the players from taking to the field again on Friday.

A draw looks the most likely outcome after day one was washed out, but a more positive forecast for the weekend should ensure two extended days are not interrupted, giving both sides hope of forcing a win.

Left-hander Khawaja brought up Australia's 50 with a streaky boundary when Woakes was brought into the attack after Archer and Broad were unable to conjure an early breakthrough.

England skipper Joe Root persisted with World Cup star Archer (1-18) and the quick got a much-needed maiden Test wicket with a delivery which struck Bancroft (13) in front after nipping in sharply off the seam.

Umpire's call was the verdict after Bancroft signalled for a review and Woakes (1-27) got in on the act with the second ball of the next over, Khawaja nibbling behind to an excellent delivery which moved away.

Australia were 60-3 after losing two wickets without scoring a run and they were four down when Broad snared Travis Head (7) lbw, England successfully reviewing when Aleem Dar curiously opted not to raise his finger.

Ben Stokes caused an otherwise untroubled Smith problems and Matthew Wade overturned an lbw decision when on nought, after being given out from a ball from the England all-rounder which pitched outside leg stump.

Wade was still there, although yet to get off the mark from 23 balls faced and Smith - scorer of a century in both innings in the first Test - was 13 not out when lunch was called with rain falling, and that was it for the day.