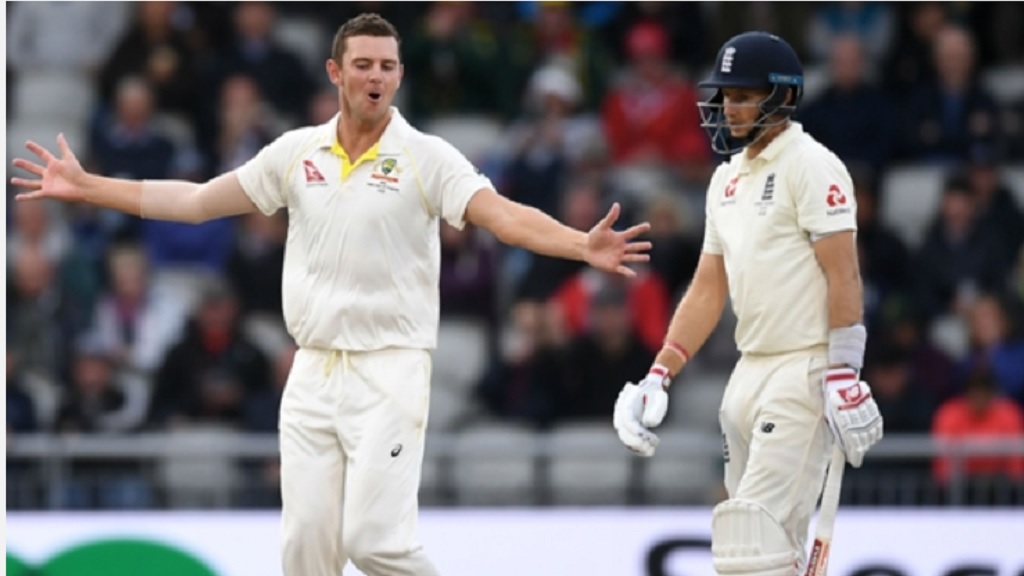 Josh Hazlewood picked up three late wickets to scupper England's fightback with the bat on day three as Australia maintained their grip on the fourth Ashes Test.

Rory Burns and Joe Root made 81 and 71 respectively as they shared in a 141-run stand in England's reply to Australia's mammoth first-innings total of 497-8 declared.

Yet both well-set batsmen departed before the close – while Jason Roy's Test match troubles continued despite dropping down the order – as the hosts slipped to 200-5, still 98 shy of the follow-on target.

Hazlewood claimed all four wickets to fall during Friday's shortened play after the first session was lost to rain, including picking up his 50th Ashes scalp when he tempted nightwatchman Craig Overton (5) into an edge that was comfortably pouched by double centurion Steve Smith at second slip.

However, that proved to be the tourists' only success in an extended afternoon session, Burns and Root combining to deliver England's highest partnership in the series so far.

That is not to say the batsmen had it easy, though. Burns was peppered with short balls, the opener managing to weather the storm through a mixture of skill and determination, as well as the occasional slice of good fortune.

Still, it was Root who was seemingly in the firing line. The England captain was grateful to his protective box after being struck in a particularly sensitive area, the protective piece of equipment splitting with the force of the blow.

He also took a delivery flush on the knee during an excellent Pat Cummins spell that ended without reward, the bowler's cause not aided by an edge off Root's bat going between wicketkeeper Tim Paine and first slip David Warner, neither moving as the ball flew away to the boundary.

But, after replacing his luckless team-mate, Hazlewood (4-48) produced an impressive late burst to change the complexion of proceedings.

Burns was the first to go when he fended a rising delivery to Smith, leaving the score at 166-3, while Root fell just nine runs later when a full delivery nipped back to trap him lbw.

Roy's switch from the top to the middle order failed to result in an immediate upturn in form, the right-hander bowled emphatically by Hazlewood for 22.

Ben Stokes and Jonny Bairstow made sure there were no further losses before stumps, meaning the duo will resume on seven and two not out respectively on Saturday.