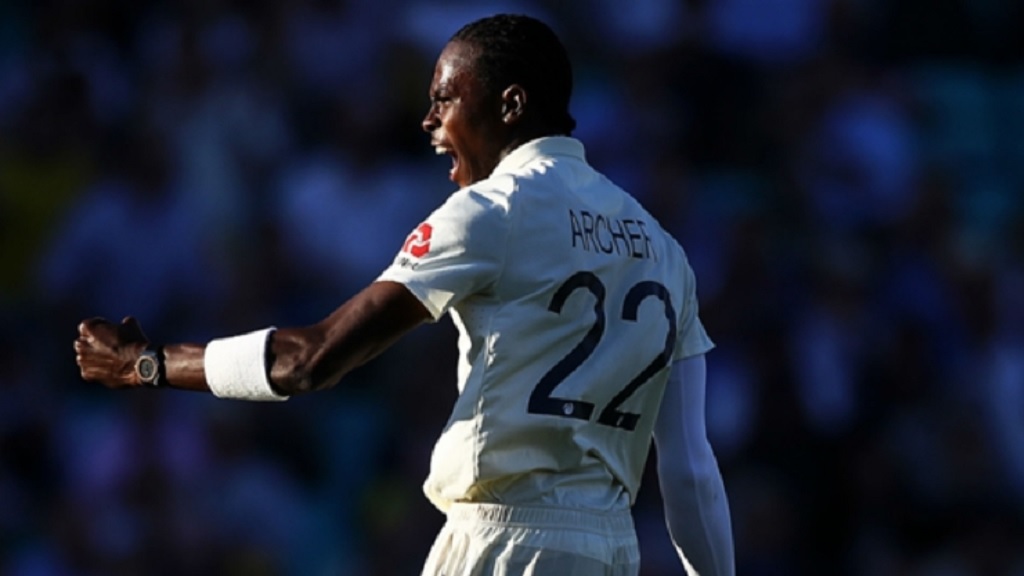 Jofra Archer celebrates a wicket against Australia at The Oval.

Jofra Archer claimed six wickets as England took control of the fifth and final Ashes Test on day two as they look to draw the series with Australia having already retained the urn.

Having slumped from 170 for three to 271 for eight on day one, England added just 23 to their overnight total at The Oval.

Archer, however, condemned Australia to a first-innings deficit with a magnificent bowling display, while Chris Woakes ensured Australia's talisman Steve Smith (80) did not post his fourth three-figure score of an incredible series.

David Warner's miserable run of form continued as he went for five to Archer, who then dismissed Marcus Harris (3) in a blistering start.

Australia were 187 for eight when Smith, who is now just 16 runs shy of the top five on the list of most runs in an Ashes series on 751, departed. Despite some late resistance from Peter Siddle and Nathan Lyon, Archer polished off the tail to leave the tourists 225 all out and 69 runs behind.

Rory Burns and Joe Denly, who was late arriving to the ground following his wife giving birth to their second child, just about survived four overs before the close, extending the lead to 78 as England aim to make sure a disappointing series does not end in defeat.

Ashes 2019: Buttler holds up Australia after Marsh makes his mark