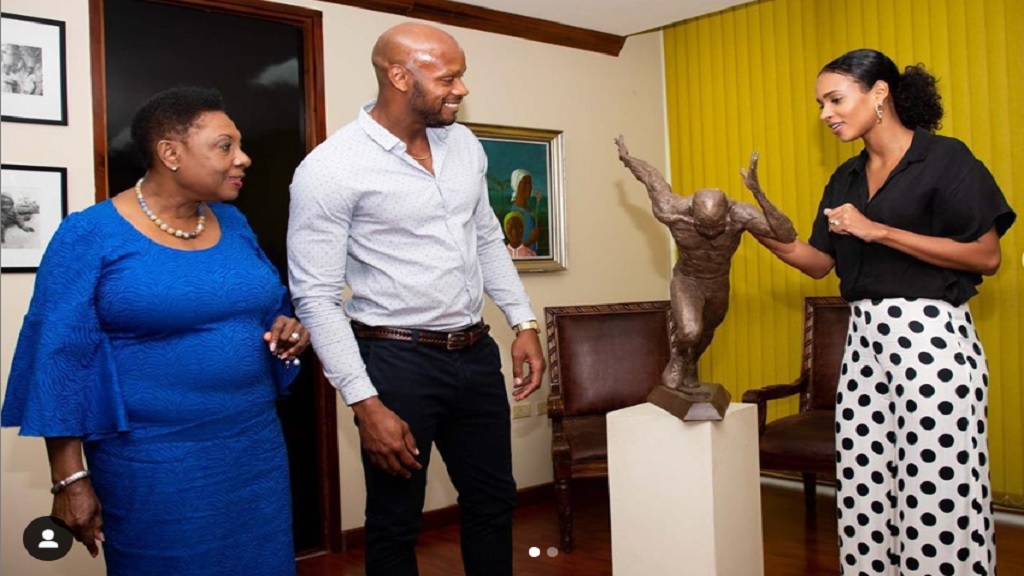 The statute of Olympian and former world record holder over 100 metres, Asafa Powell, is to be unveiled at Independence Park at the National Stadium in Kingston on Sunday, February 9.

That’s according to the Minister of Sport, Olivia Grange who has said all is on track for next month’s unveiling.

She gave the update after Powell and his wife Alyshia, made a courtesy call at her office recently, where they reportedly signed off on the maquette.

According to the Ministry, Powell commented that the sculptor, Basil Watson, got the details “just right”.

Grange noted that the “sign-off by Asafa is an extremely important part of the process” which followed months of discussions and review of models between the sculptor and the athlete.

The Minister said that with the all clear now given by the beloved athlete, she will now move ahead with the unveiling on February 9 at 4:00 pm.

Powell’s statue in bronze is to the scale of one and quarter life size.

It is the last of four monuments commissioned by the ministry of sport in honour of outstanding track and field athletes under the Jamaica 55 Legacy Programme.

All were sculpted by the world-renowned Watson.

Statues for sprint legend Usain Bolt as well as Shelly-Ann Fraser-Pryce and Veronica Campbell-Brown have already been completed and erected at Independence Park, which boasts similar monuments in honour of other past greats such as Arthur Wint, Donald Quarrie, Merlene Ottey and Herb McKinley.

Campbell Brown 'humbled' by statue unveiled in her honour