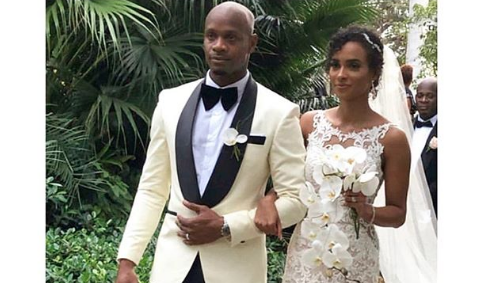 The two tied the knot in a private ceremony on Saturday in Montego Bay, St James in the presence of close friends and family members.

The wedding followed their engagement last year February after Powell proposed, with the move being kept under wraps until Miller shared the hot news later in the year on social media.

“Throwback to date night,” was how she captioned a photo on her Instagram account, using the hashtags “#MySpecialNight, #Engaged and #February”.

He consistently broke the 10-second barrier in competition, with his personal best of 9.72 seconds ranking fourth on the all-time list of male 100-metre athletes.