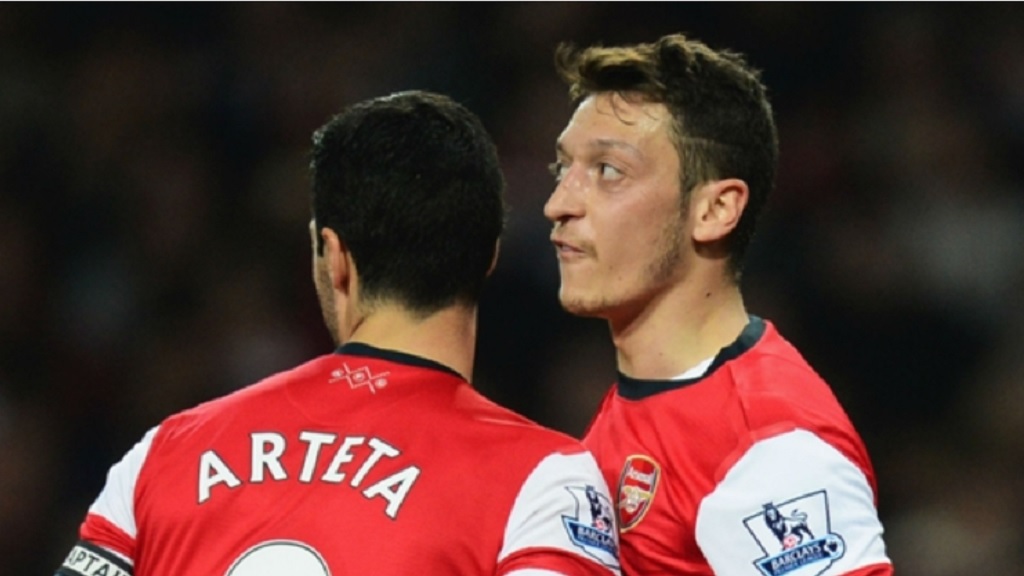 Mikel Arteta and Mesut Ozil played together at Arsenal.

Mesut Ozil is a "massive" player for Arsenal, according to new boss Mikel Arteta, who warned players to show passion and energy or risk being shown the door.

Arteta was reportedly close to taking charge of Arsenal in 2018, when Arsene Wenger's reign ended, but he was overlooked in favour of Emery, who lasted 18 months in a forgettable spell.

Ozil found himself sidelined frequently by Emery but has featured under interim boss Freddie Ljungberg and Arteta highlighted the former Germany playmaker's qualities.

"He is a massive player for this club," Arteta told a news conference.

"When I understand them, I can take the excuses out of them and focus on the things that are relevant and have an impact for the team on and off the pitch.

"He is a massive player. I know, when he ticks, what he can bring to the team."

Mentality has been a problem for Arsenal, with Emery stripping club captain Granit Xhaka of the armband after the midfielder's show of frustration when he was substituted in October's Premier League game at home to Crystal Palace.

Arteta, who was part of Pep Guardiola's coaching staff at Manchester City, told his new players they must follow his philosophy and take responsibility.

"I have my ideas that I would like to keep for myself because I have to corroborate them when I see the players act, behave, live together," Arteta explained. "I want to do things my way but convince everybody it is the right way to live better.

"Anyone who doesn't buy into this is not good enough for this environment or this culture. There are things to change, for sure, because they are not performing at the level we expect them to, but I have to know what's happening. I need to understand how they feel.

Arsenal face Arteta's former club Everton at Goodison Park on Saturday but his first game in charge will be away to Bournemouth on Boxing Day.