Arsenal's away woes continue in 3-1 loss to Wolves 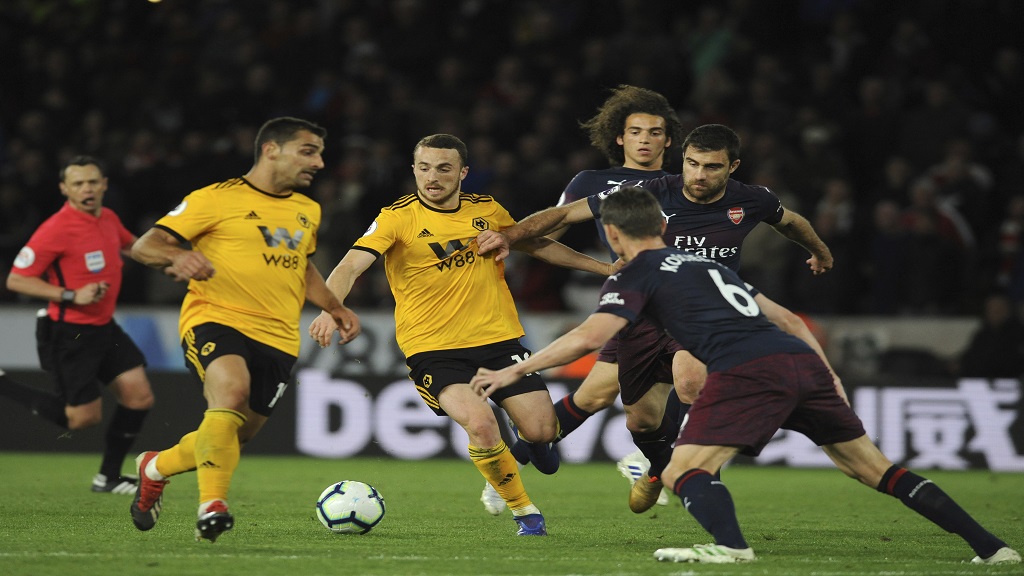 Wolverhampton Wanderers handed Arsenal another away loss in the Premier League on Wednesday, beating the Gunners 3-1 to deal a big blow to the visitors' hopes of a top-four finish.

Sokratis Papastathopoulos headed in a late consolation goal for Arsenal but Unai Emery's side has won just six times on the road this season and is now one point behind Chelsea in fifth ahead of another tough away game at Leicester on Sunday. The team also lost 3-2 to Crystal Palace at home this past Sunday, ending a 10-game winning streak in all competitions at home.

Losing at Wolves has been a common occurrence for the top-six clubs this season, as Chelsea, Liverpool and Manchester United have also been beaten at Molineux. But after a confident start to the match, Arsenal fell without putting up much of a fight once Neves put the hosts ahead through a perfectly struck free kick in the 28th minute.

Wolves doubled the lead in the 37th minute when goalkeeper Bernd Leno failed to deal with a cross and Doherty was allowed to head into an empty net.

Arsenal struggled to create any chances of note and was limited to long-range efforts from Granit Xhaka and Henrikh Mkhitaryan in a desperate attempt to get back into the match.

However, Wolves struck again when Arsenal lost possession in first-half stoppage time, Jota skipped past Sokratis and into the penalty area where his low shot was too hard for Leno and squirmed beneath the goalkeeper and into the net.

Arsenal looked short of ideas but managed a consolation goal with 10 minutes remaining when Sokratis headed in Xhaka's corner at the far post.