Arsenal and Atletico in control in Europa League 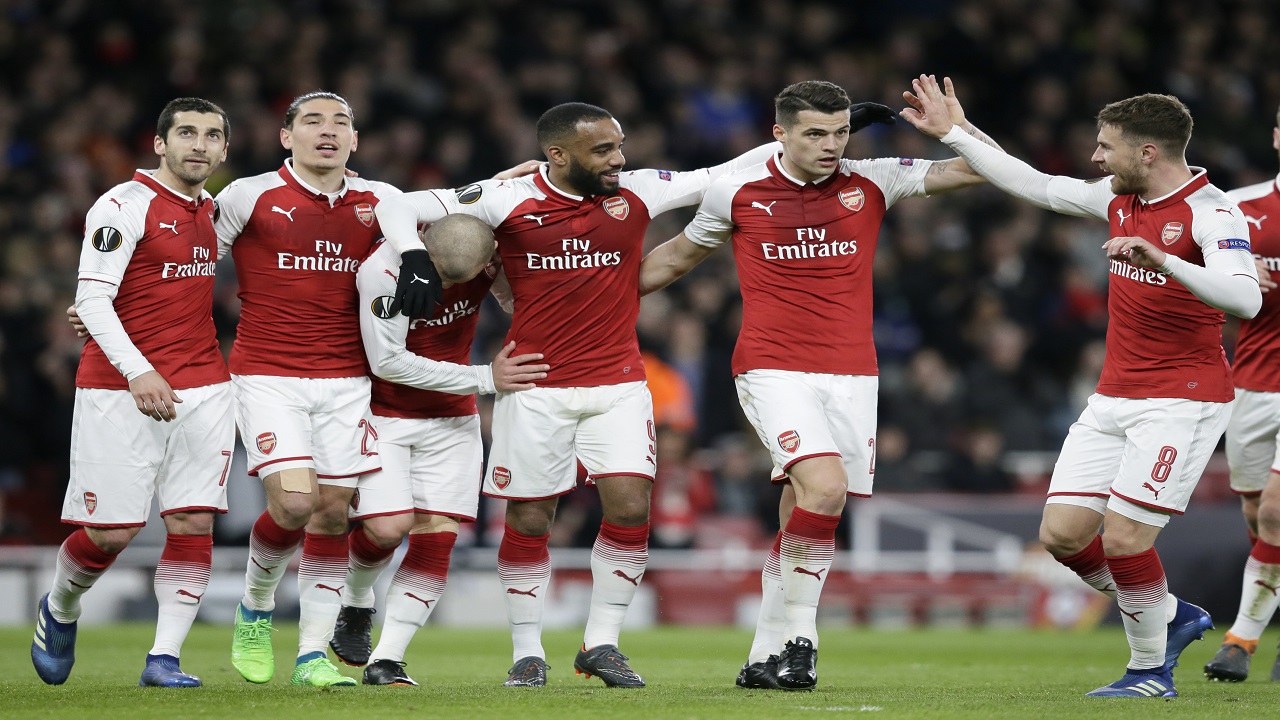 Alexandre Lacazette marked his return to the starting lineup with two goals to lead Arsenal past CSKA Moscow 4-1 in the first leg of the Europa League quarterfinals on Thursday.

Aaron Ramsey also scored twice to put the London club in a commanding position ahead of the second leg in Moscow in a game played amid a political crisis over the poisoning of a former spy and his daughter last month.

The second legs will be played on April 12.

Here's a look at the action:

Arsenal stretched its winning streak to five games in all competitions with a fluent display of attacking football.

After a good move in the ninth minute, Hector Bellerin collected the ball on the right before sending in a low cross for Ramsey to score.

CSKA quickly leveled when Aleksandr Golovin curled a free kick from 20 meters over the defensive wall and into the top corner.

Arsenal then restored its lead as Lacazette converted a penalty in the 23rd minute after Mesut Ozil was fouled.

Five minutes later Ramsey produced a bit of magic, volleying a pass from Ozil with his heel beyond goalkeeper Igor Akinfeev.

Lacazette completed the scoring with a left-footed shot from inside the area after Ozil had set him up in the 35th minute.

The striker also scored from the spot on Sunday in a 3-0 victory over Stoke after returning from knee surgery as a substitute.

In a disappointing season that sees Arsenal occupying sixth place in the English Premier League, way behind in the race for one of the four Champions League berths, the Europa League is the club's last chance of a trophy.

Winning European football's second-tier competition would give Arsenal a route back into the Champions League.

Salzburg had not lost a game since a 1-0 defeat at Sturm Graz in the Austrian league on Aug 27 but Lazio captain Senad Lulic put his team ahead after eight minutes.

Valon Berisha equalized for the Austrian champion with a penalty in the 30th minute.

Lazio went back in front when Marco Parolo produced a backheel from a Luis Alberto pass before substitute Takumi Minamino equalized again for Salzburg.

The Italian club was not to be denied, though, as substitute Felipe Anderson and Ciro Immobile added two late goals.

Germany striker Timo Werner scored in the dying seconds of the first half, his fourth Europa League goal, to give Leipzig victory against Marseille.