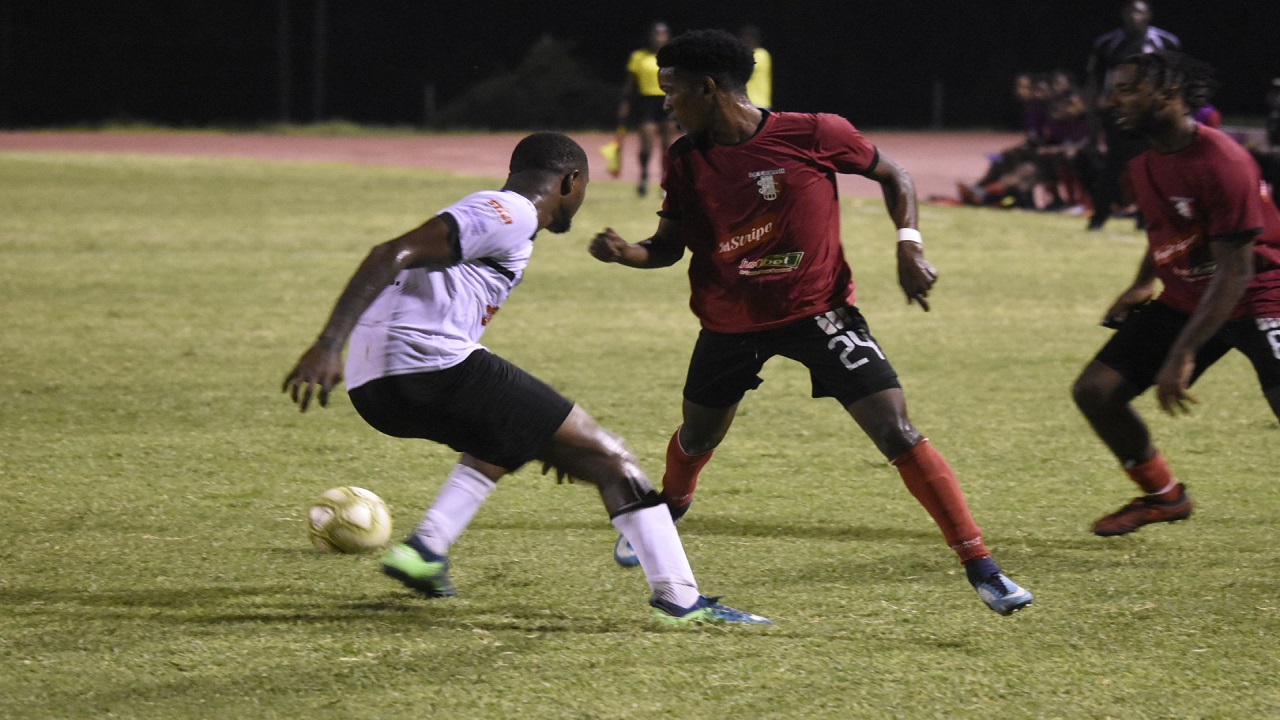 Five-time champions Arnett Gardens will be looking to overcome a mammoth task against Cavalier in one of two second-leg quarter-final Red Stripe Premier League (RSPL) matches on Sunday, at Drewsland at 8:35 p.m.

The other match pits newcomers Mount Pleasant United against UWI at Drax Hall at 3:00 p.m., with both teams having failed to gain an advantage from their first-leg encounter last Sunday at Anthony Spaulding Sports Complex.

It was the same venue that Cavalier disabled their hosts, Arnett Gardens, with a 3-0 whipping, and will be looking to deliver a killer punch on Sunday in an effort to gain a spot to the semi-finals and continue in the quest for the title.

Already qualified for the semi-finals are Portmore United and Waterhouse. They finished the preliminary round points standing as the top two teams, and by the competition’s stipulations, earn automatic spots to that stage, with Portmore collecting the $1 million prize for tallying the most points at that stage of the competition.

Guided by the same rules, the next four teams are paired over two legs for this quarter-finals phase, with third-placed Mount Pleasant tackling sixth UWI, and fourth-placed Cavalier meeting fifth-placed Arnett Gardens.

For most of the first leg, Arnett played with 10 men, after goalkeeper Mikhail Harrison was ejected by referee Oshan Nation, but still managed to show some fight, as they controlled the action at times, with the match being played mainly inside the Cavalier half of the pitch.

It is that grit that Assistant Coach Eugene Williams believes will carry Arnett over the huge hurdle they will have to leap to get into the semi-finals as they seek to add to titles won in 1978, 2001, 2002, 2015 and 2017.

Williams said, "It is not over until it is over, until the fat lady sings. We are down 3-0, but we can make up that. There were a lot of positives from the first match. How we played and tried to get the goal to equalize, as we had Cavalier on the back foot. It is not like they outplayed us.

Arnett will have to achieve a feat that they have failed to do all season, as Cavalier have won three of their four clashes so far, with the other ending in a draw. Those other results were 2-1 in September, 0-0 in November and 3-1 in January.

According to Cavalier's Technical Director, Rudolph Speid, it was the strategy employed after taking the lead that worked well for his team, and he is looking for the wounded Arnett Gardens to come at them with full force in the second leg, and his charges will be ready for the challenge.

Speid said, "I don't think it is over, as they are going to try and hit back, but we planned for them as best as we could, and we have a lot of approaches that we can bring to the game."

Cavalier's sole title was in 1981, and their attacking triple-threat of Captain Chevon Marsh, Alex Marshall and Nicholas Hamilton will have to be curtailed by Arnett’s defence, with all three scoring last week in their victory.

Arnett, on the other hand, will start the match with their full complement of players on the pitch, with Michealous Martin, Jamiel Hardware, Fabian Reid and Marvin Morgan needing to take the fight to their opponents to overhaul the deficit and eventually win the tie.

In the other match at Drax Hall, both UWI and Mount Pleasant will start the match even, with the first-leg ending 2-2.

The advantage could, however, be that the match will be played at Mount Pleasant 's home ground, and with a huge fan base, UWI who have not defeated them all season, might find the going tough.

UWI failed to hold on to the lead twice last week, and Coach Andrew Peart believes that they will have to be better in defence to get the better of their opponents.

Mount Pleasant, however, will be without Coach Donovan Duckie, as he was ejected from the bench last week by referee Odette Hamilton, after getting into a verbal spat with the fourth official, Nerisa Goldson.

Both Mount Pleasant and UWI will welcome back players who were away last week with the Reggae Boyz. Ladale Richie of Mount Pleasant, and for UWI, goalkeeper Amal Knight and midfield Fabion McCarthy, are the players who will return to strengthen their respective teams.