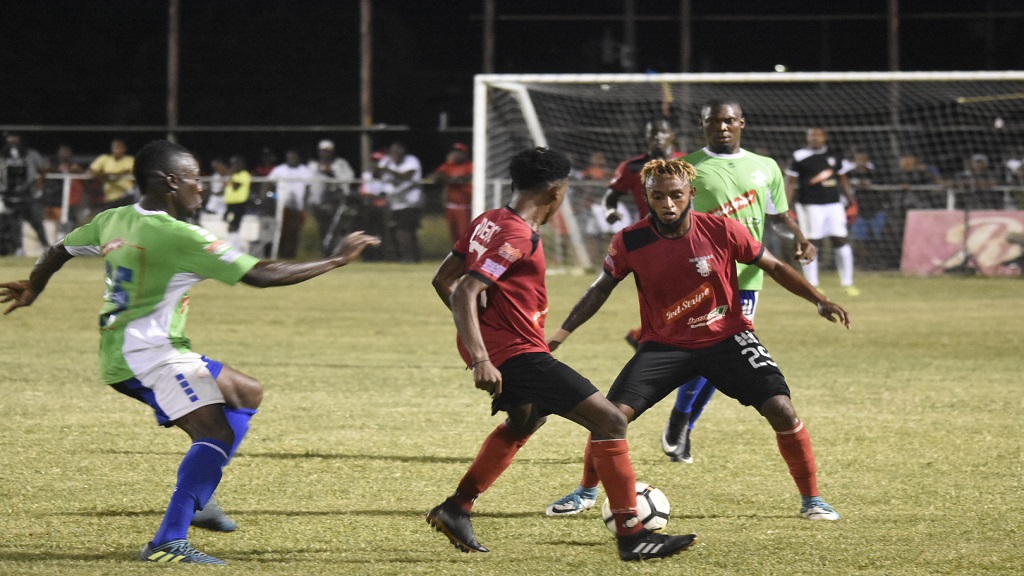 Although the victory kept Arnett Gardens in fourth place, the three points were good enough to close the gap between themselves and those at the top.

Dunbeholden remain at the bottom of the standing on 13.

Waterhouse will enter the holiday break atop the table on 34 points, just one ahead of second-place, defending champions Portmore United on 33 and three ahead of third-place Cavalier on 31.

Waterhouse went atop the table on Sunday after they defeated Montego Bay United 3-0 at WesPow Park and Portmore United, which enter the round leading, suffered a 2-1 defeat against Cavalier at the Stadium East field.

In the Monday night fixture, Arnett Gardens controlled the match for the most part, especially in the second half where they created a number of chances.

Arnett Gardens took the lead from a free kick on the left of the goal area by Edwards. He curled the ball over the Dunbeholden wall, hitting the post` and into the back of the net, as goalkeeper Giovanni Smith failed to react quickly.

They doubled their lead from an intended pass across goal by Barnes, which goalkeeper Smith assisted into the net, with a miscued block with his foot.

The competition returns from the holiday break on Sunday, January 6, 2019.