Are you a 'corona chef'? Some Jamaicans see COVID boost in kitchen 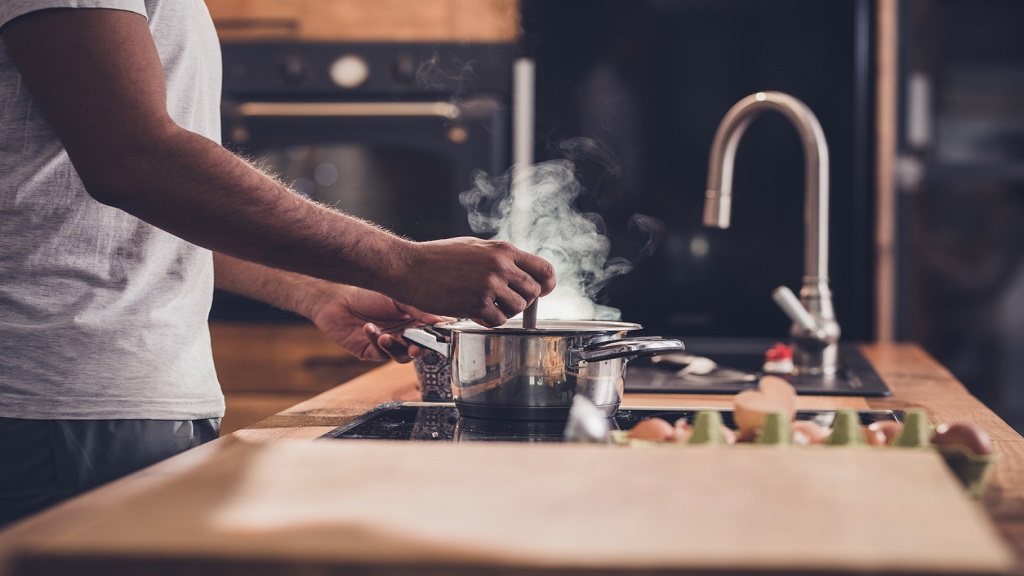 iStock photo of a man making lunch in the kitchen and stirring soup.

The onset of the devastating and deadly coronavirus, COVID-19, has forced people across the world to drastically alter their lifestyle.

In Jamaica, the state-imposed curfew has forced changes to the normal routine of most people that obtained just weeks ago and most, if not all, have been forced to reinvent the way they carry out their day-to-day activities.

One such activity is the consumption of meals due to the fact that eateries have been forced to close their doors earlier than usual in order to abide by the state’s curfew regulations and, when they are open, do not allow the usual amount of people due to social distancing guidelines.

A Loop News probe found that a number of Jamaicans who rarely cooked pre-COVID were now turning up the heat in their kitchen and developing their culinary skills.

One such individual is Julie*, who is employed in a middle management position in Corporate Jamaica. Most normal working days include long hours, leaving her with little time to get her well-manicured nails soiled by flour or the stain that results from peeling green bananas or other ground provisions.

“I will be honest with you, I hardly used to cook. A small cylinder of gas would last me for almost half a year. I only used the stove to boil water for tea or cup soap. Most evenings, after work, I am so tired that I usually grab some fast food or pan chicken and call it a night. On weekends I couldn’t bother to cook neither so it’s either fast food or my parents’ house,” the corporate executive told Loop News. 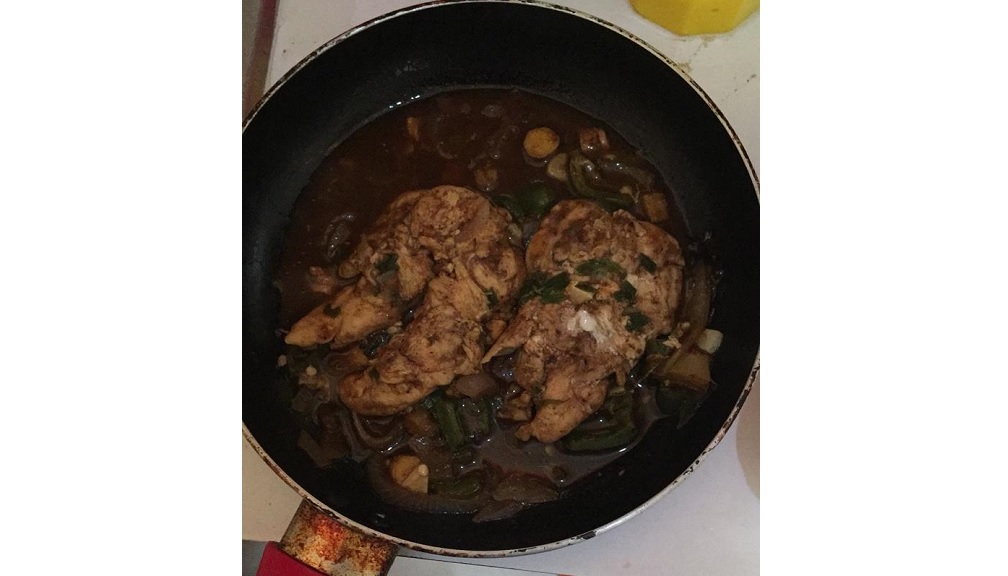 Craig shared a photo of his Bum Tweet Chicken with Loop.

But COVID-19 and the lockdown have ensured that Julie’s nails will get stained.

“I surprised even myself. I am finding out that I can cook chicken in some ways that other people would never believe. I never rated myself as a great cook, but after using the internet, I made a pot roast that had me thinking that I wasted so much money on fast food. I still hate kneading flour but I love fried dumplings, so I just grin and bear it. I am also cooking a wicked seasoned rice. This coronavirus change my life for the better, I think,” she added.

George Riley* lived with his girlfriend who was employed in a corporate job similar to Julie’s. While he can handle himself around the kitchen, his hours were also long and, being with a woman who was less than domesticated, eating out was the norm. After work, he would grab food on the road, munch it down and wash it down with a drink at his favourite watering hole.

That was the normal lifestyle for the couple.

But George and his spouse had parted ways a few weeks before the full effect of the coronavirus hit Jamaica. That he said was his rehearsal for what now obtains.

“I moved out and started doing more cooking for myself, but I was still eating out a lot. Since this curfew and, especially during the Easter when the road closes earlier, I have been cooking much more. I have rustled up a mean pork chops and as we speak I am going to cook some fricassee chicken. Corona definitely has me cooking me more,” he said.

Craig* has not burnt his fingers for a decade but, in the last few weeks, he has had to resort to mother’s life lessons.

“I have not cooked in 10 years since my two daughters migrated. Now I have been cooking all what me can’t cook. I cook up a chicken that I call Bum Tweet Chicken,” Craig told Loop News, laughing.

Gizelle Williams is a 20-year-old Jamaican female who migrated to the United States four years ago.  The young woman is the youngest of four sisters and never really thought it necessary to cook much as both her parents and elder sisters were always busy in the kitchen.

But the severity of the virus is such that she has been out of work for weeks and finds herself at home with not much to do. This she says has forced her to try her hand.

“This is a classic lesson that necessity is the mother of invention. Both my parents work and my sister that still lives at home is also still working. That leaves me home alone with raw food. After hungry bite me one day, me just start cook some shrimp, then me find out say it isn’t rocket science and I decided to surprise my parents by frying up some chicken," Gizelle said.

"I used the internet to teach me. I was so proud when they said it was nice and asked for more. So now I am known as the corona chef in the house,” she told Loop News.

Join in the discussion. Are you a 'corona chef'?

*Names were changed upon request, the interviewees citing bashfulness and embarrassment as their reasons.