Does Gayle King deserve the backlash? 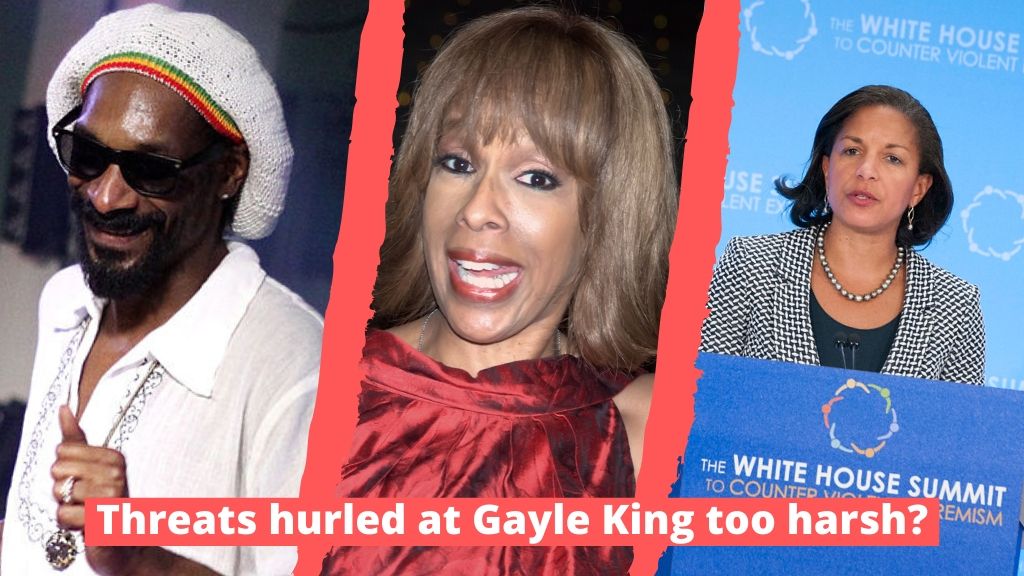 By now, many of you may have seen videos circulating on social media, both for and against journalist Gayle King.

The furore has rumbled on for some time since King interviewed WNBA star, Lisa Leslie after the recent and untimely death of her long-time friend NBA star Kobe Bryant.

King asked a question that snowballed into criticism from Snoop Dogg, a response from Leslie, and several comments from social media users.

In the CBS Morning interview below (at the 3.10 mark), King asked Leslie about Bryant’s legacy, stating: “It’s been said that his legacy is complicated because of a sexual assault charge which was dismissed in 2003/2004. Is it complicated for you as a woman, as a WNBA player?”

A valid question, some think, while others deemed it an attempt to tarnish Bryant’s reputation.

But since the interview, King has been inundated with vile threats and in this Associated Press article below, CBS News President Susa Zirinsky lends her support, calling the threats “reprehensible”...

NEW YORK (AP) — The CBS News chief called threats against journalist Gayle King “reprehensible” Saturday as the backlash grew against rapper Snoop Dogg and others critical of King for an interview where she asked about a sexual assault charge against the late Kobe Bryant.

Snoop Dogg issued a warning to King online this week following her interview with WNBA player Lisa Leslie about Bryant, the former Los Angeles Lakers star killed in a helicopter crash with his young daughter and seven others on January 26.

“We fully support Gayle King and her integrity as a journalist,” CBS News President Susan Zirinsky told The Associated Press.

Her friend, Oprah Winfrey, said in an NBC interview that King had received death threats and was travelling with security.

The rapper had joined with others including LeBron James, 50 Cent and even Bill Cosby, in criticizing King for asking Leslie whether Bryant’s legacy had been complicated by the accusation that he raped a woman at a Colorado resort in 2003.

Bryant said the two had consensual sex, but he later apologised for his behaviour and settled a civil suit against him.

In a profane video posted on Instagram and shared on other social media platforms, Snoop Dogg criticized King for attacking “your people”.

King’s questions had attracted little notice as part of a wide-ranging interview shown on CBS This Morning.

But then CBS - mistakenly, it said later - posted a video online that focused strictly on the discussion about the assault case.

“The interview with Lisa Leslie was comprehensive and thoughtful,” Zirinsky said.

“We are a country where differences of opinion are welcome, but hateful and dangerous threats are completely unacceptable.”

King’s critics essentially voiced some variation of what Leslie answered - that the media should be more respectful of Bryant so soon after his death and not discuss this stain upon his record - although usually in sharper terms.

“For those threatening her and inciting violence, stop it immediately,” the New Jersey senator tweeted. “This is unacceptable. We must do better.”

On Twitter, Rice said Snoop Dogg’s video was despicable and she told him to back off.

On Saturday, Snoop Dogg posted a message on his Instagram that said he meant King no harm.

“I’m a non-violent person. When I said what I said, I spoke for the people who felt that Gayle was very disrespectful toward Kobe and his family,” he said.

“I didn’t want no harm to come to her, I didn’t threaten her.”

He added: “We speak from the heart. Some of you who have no heart don’t understand that.”

Geist, host and co-host of Sunday TODAY with Willie Geist and MSNBC’s Morning Joe, tweeted that “the threats against Gayle King for asking a fair question in the course of a long interview are absolutely disgusting. Gayle is one of the most thoughtful people in our business.”

New Yorker writer, Jelani Cobb tweeted that there was a way to disagree with King’s questions “without lapsing into misogyny, threats and ignorance.”

In an essay posted on The Undefeated, Morehouse College journalism professor, David Dennis Jr wondered why it was two black women - King and Leslie - who were the ones publicly wrestling with this aspect of Bryant's legacy.

“We, myself included, have to take time in our healing to try to understand why we either forgave Bryant or never bothered to hold him accountable,” Dennis wrote.

“It’s fair to believe that the work Bryant put in for women in sports in the years since the rape allegation have shown true contrition and rehabilitation, but nothing will erase that night.

“To demand silence over the case does an injustice to the victims of sexual violence as well as the work Bryant did to try to make it right.”