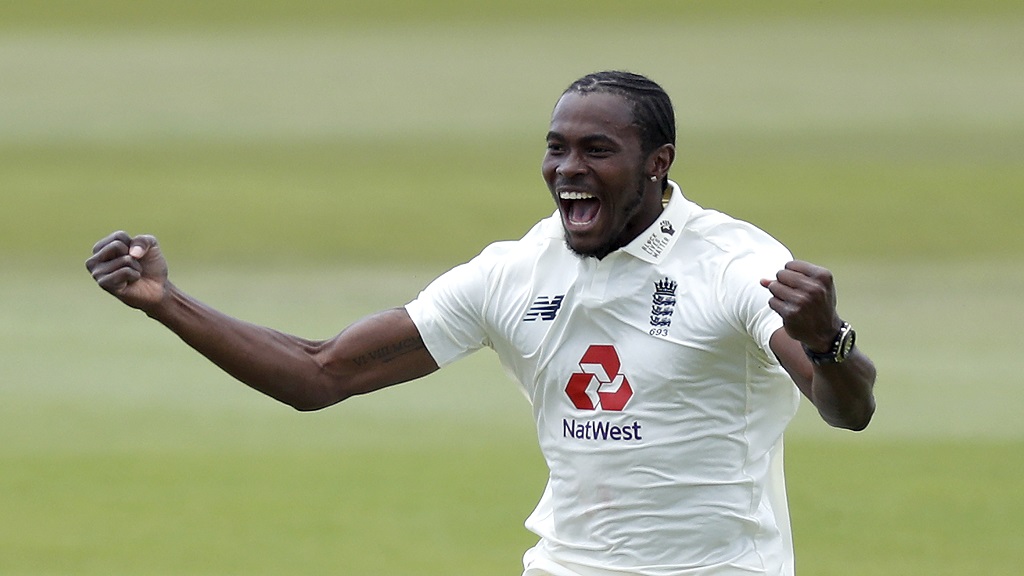 Jofra Archer has been excluded from England's squad for the second Test against West Indies following a breach of the team's bio-secure protocols.

The pace bowler claimed match figures of 3-106 in the series opener last week in Southampton, a game the tourists won by four wickets to go 1-0 up in the three-match series.

England will aim to draw level in Manchester but Archer will not be in their XI as he isolates for five days.

The 25-year-old will also undergo two COVID-19 tests during that period, with both results needing to be negative before his self-isolation is lifted.

With both teams staying at Old Trafford as part of the measures put in place for the series due to the coronavirus pandemic, West Indies have been informed of the situation and are satisfied with the measures imposed.

"I am extremely sorry for what I have done," Archer said in a statement released by England ahead of Thursday's opening day of play.

"I have put, not only myself, but the whole team and management in danger. I fully accept the consequences of my actions, and I want to sincerely apologise to everyone in the bio-secure bubble.

"It deeply pains me to be missing the Test match, especially with the series poised. I feel like I have let both teams down, and again I am sorry."

England announced on Wednesday that James Anderson and Mark Wood will be rested for the second Test, meaning the former misses out on playing at his home ground.

With Archer also now out, Stuart Broad appears certain to be recalled. The home side drafted in left-armer Sam Curran and uncapped Sussex seamer Ollie Robinson to a 13-man squad which also included Chris Woakes.

Joe Root returns to captain the team after missing the opening Test due to the birth of his second child.

Kemar Roach: Windies players will have no friendship with Archer