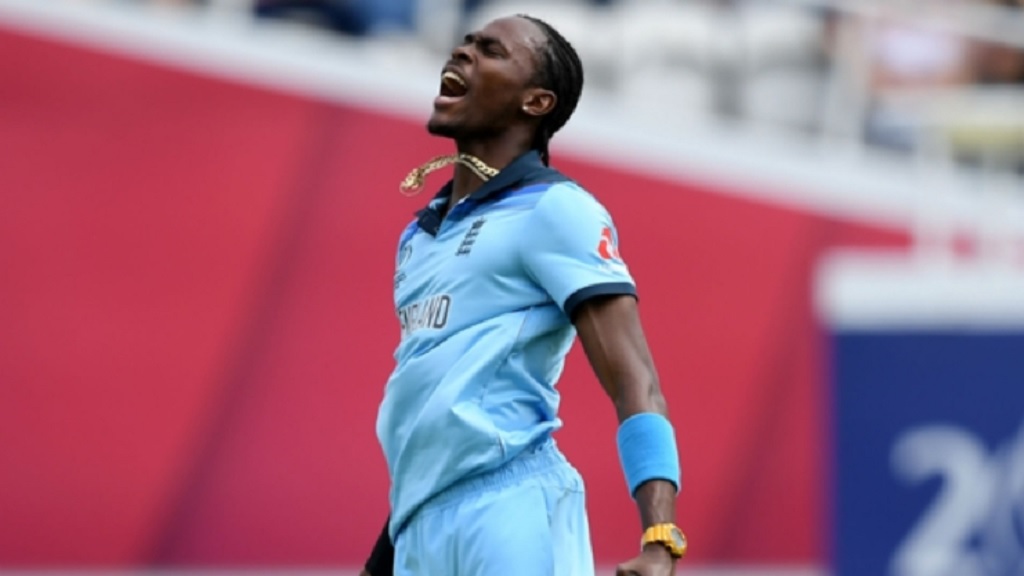 Jofra Archer lived up to the hype surrounding his Cricket World Cup (CWC) call-up by playing a key role as England completed a resounding 104-run victory over South Africa at The Oval in the tournament's opening game.

A late addition to Eoin Morgan's squad after becoming eligible for England in March, Barbados-born paceman Archer showed why there had been such a clamour for his selection on Thursday, while Ben Stokes also shone and produced an early contender for catch of the tournament.

After the hosts were limited to 311 for eight when they looked well set to post a bigger total, Archer swiftly undermined South Africa's reply, taking two wickets in a fine opening spell and forcing Hashim Amla to retire hurt as a vicious bouncer struck the veteran's helmet grille.

Quinton de Kock (68) and Rassie van der Dussen (50) stabilised the Proteas' innings but South Africa then collapsed from 129-2 to 207 all out, with Amla thankfully able to return amid the chaos.

Archer returned to pick up the valuable scalp of Van der Dussen and finished with figures of 3-27 from seven overs, while Stokes - who top-scored for England with 89 - produced a truly extraordinary catch on the boundary as Faf du Plessis' side crumbled.

Stokes leapt high at deep midwicket in the 35th over of the chase and plucked a one-handed take to dismiss Andile Phehlukwayo and leave a sell-out crowd gobsmacked.

England were able to celebrate a comfortable win as man-of-the-match Stokes wrapped up the Proteas innings with a pair of wickets soon after.