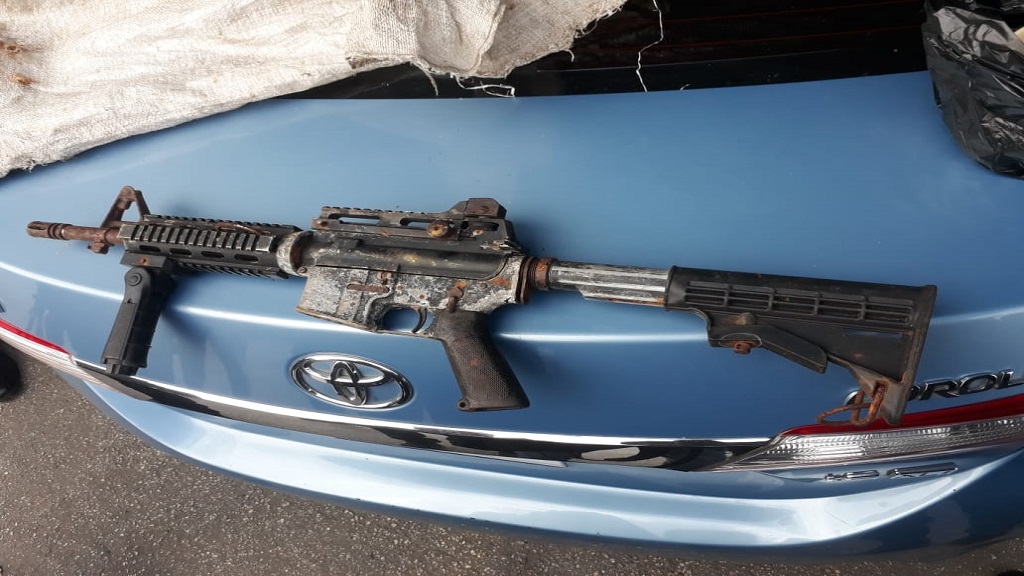 A photo of the high-powered rifle found in Cambridge, St James on Wednesday.

A Colt AR-15 assault rifle was seized by police in Cambridge, St James on Wednesday.

Police report that a law enforcement team was in the community when the high-powered weapon was discovered in bushes.

No one was arrested in connection with the discovery.

In the meantime, a day earlier in Montego Bay, five persons were taken into custody in connection with the seizure of an illegal firearm and several rounds of ammunition at a bar in the 'second city'.

Reports are that about 3:00 pm, lawmen were on an operation along Orange Street when a bar was searched.

During the search, one Taurus 9mm pistol and five 9mm rounds of ammunition were found in a bag. The five persons, including a woman, were subsequently arrested.

Their identities are being withheld pending further investigations.