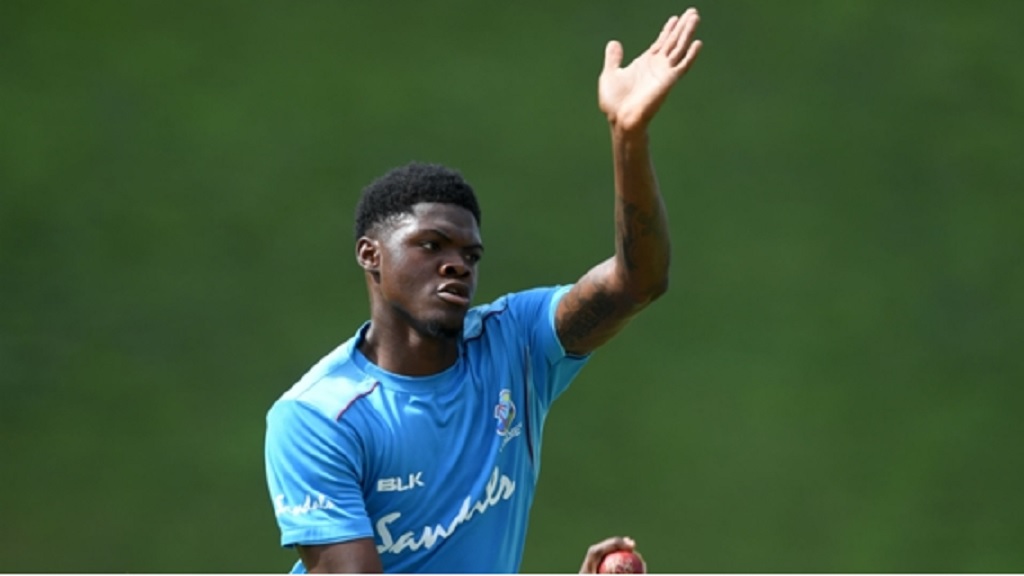 Joseph bagged an IPL record best spell of six for 12 from 3.4 overs to mark his debut and fire Mumbai Indians to a 40-run victory over Sunrisers Hyderabad last Saturday at the Rajiv Gandhi International Stadium in Hyderabad, India.

The 22-year-old Antiguan got a late call to be part of the tournament as an injury replacement for New Zealand pacer Adam Milne and surpassed the previous best of six for 14 by Pakistani left-arm pacer Sohail Tanvir 11 years ago. He also became only the fourth bowler to take six wickets an IPL match.

“Phenomenal,” said Browne. “A phenomenal performance from one of Antigua & Barbuda’s brightest, young stars. Congratulations to Alzarri Joseph on his historic and astonishing debut in the IPL series. . .Alzarri has proven that he has the talent and exceptional determination to succeed in the game of cricket.”

Browne added: “He has made all Antiguans and Barbudans proud and has set his sights on emulating the exploits of the greats like Sir Andy Roberts and Sir Curtly Ambrose. We are indeed very proud of his performance and anticipate greatness from him as the series progresses.”

Both Sir Andy and Sir Curtly are legends of West Indies and the world game, and hail from Antigua & Barbuda.

Joseph is expected to be in the Mumbai side on Wednesday when they face King’s XI Punjab, whose line-up includes Jamaica and West Indies left-handed opener Chris Gayle.