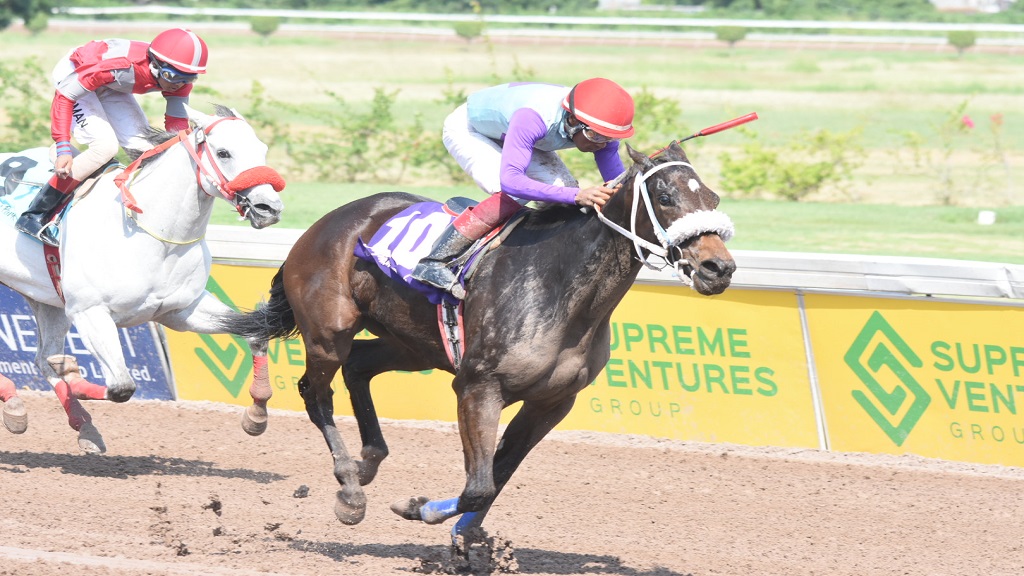 Nunes, who teamed up with jockey Dane Nelson for a jockey-trainer two-timer last Sunday, was at it again with the leading rider, who booted home his UNIVERSAL BOSS in the fifth event at five furlongs straight, winning as the 4-5 favourite.

Nunes second winner was American-bred GRAYDON, running down in class at nine furlongs and 25 yards among $650,000 claimers. Headed off by COROLANDO in the stretch run, GRAYDON rallied with Robert Halledeen to win by a half-length.

Omar Walker rode three winners on the 10-race card, piloting 4-1 chance FRESH CASH to a one-length win over favourite ALHAMDULILLAH at nine furlongs and 25 yards in the second event.

The six-time champion rider returned to land the last two events on the programme, going all the way with 3-2 favourite FEARLESS ABI at four furlongs straight before enjoying an armchair ride astride Richard Azan's SHEPANZA at six and a half furlongs among maiden three-year-olds.

Racing continues at the weekend with the season's first classics, the 1000 and 2000 Guineas, set for Saturday and Sunday, respectively.