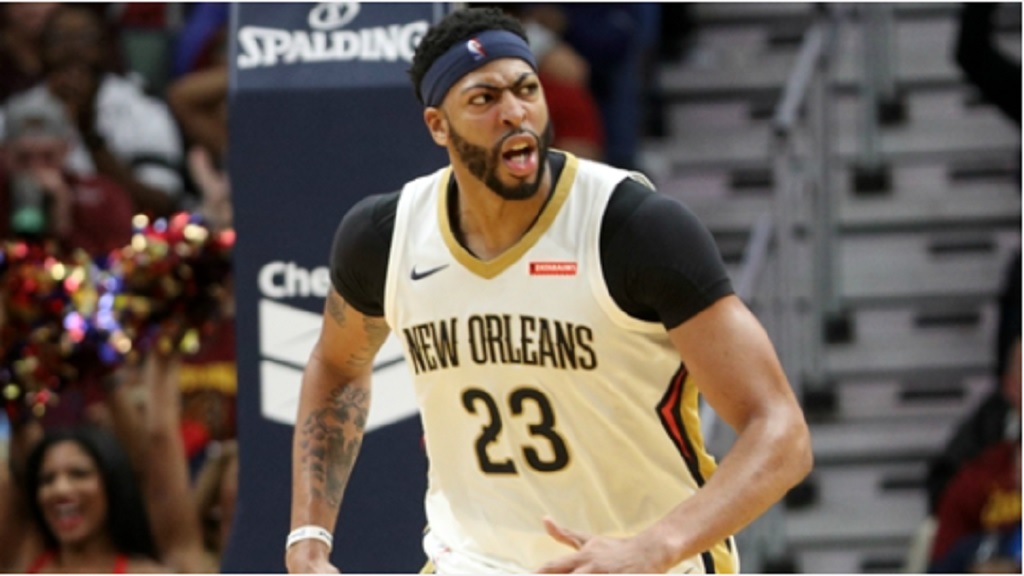 Anthony Davis led the New Orleans Pelicans to a big win on Monday, racking up 25 points and 20 rebounds to help them top the Raptors 126-110 at Scotiabank Arena.

The loss was Toronto's first at home this season and also snapped a six-game winning streak.

The Pelicans carried a slim lead into halftime, but they took control in the third quarter and pulled away midway through the fourth.

Davis was not the only New Orleans player to have a big game. Jrue Holiday scored 29 points and dished out 14 assists while E'Twaun Moore chipped in 30 points. Julius Randle also recorded a double-double with 17 points and 12 rebounds.

Serge Ibaka registered 19 points and 14 rebounds for the Raptors in the losing effort. Kawhi Leonard added 20 points but shot just seven-of-20 from the field.

Elsewhere, the Los Angeles Clippers held off the Golden State Warriors in overtime in a 121-116 win at home. Golden State trailed by nine points at the end of the third quarter but rallied to tie the game late and force the extra period. Six Clippers players reached double-figures, led by 25 from Lou Williams.

Kevin Durant registered a triple-double in the loss with 33 points, 11 rebounds and 10 assists. Klay Thompson scored 31 points. The Warriors were playing without star Stephen Curry, who continues to recover from a groin strain.

After some less than friendly pre-game talk from Hassan Whiteside, Joel Embiid scored 35 points and grabbed 18 rebounds in the Philadelphia 76ers' 124-114 win over the Miami Heat.

Oklahoma City Thunder forward Paul George tallied 32 points, grabbed eight rebounds and dished out six assists in his team's 118-101 victory over the Phoenix Suns, while Bogdan Bogdanovic had 22 points in the Sacramento Kings' 104-99 win over the San Antonio Spurs.

Garrett Temple shot two-of-eight from the field and was a minus-22 in the Memphis Grizzlies' 96-88 loss to the Utah Jazz. Orlando Magic forward Jonathon Simmons connected on just 20 per cent of his shots and was a minus-14 in his team's 117-109 loss to the Washington Wizards.

Dallas Mavericks rookie Luka Doncic with the slick dribbling and the long three-pointer against the Chicago Bulls.

The Rockets have struggled to start the season, but they have picked up wins in four of their last six games. The Denver Nuggets, on the other hand, have dropped three straight since opening 2018-19 with a 9-1 record. Houston could soon be parting ways with Carmelo Anthony, according to multiple reports, and he is not expected to play in this game.

Embiid saves 76ers in overtime to down Hornets